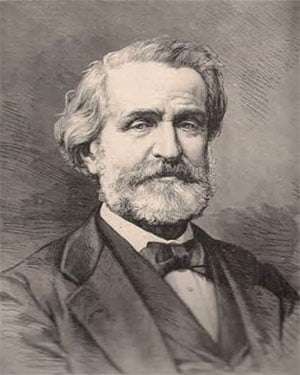 Stiffelio was one of the very few Verdi operas yet to be given by Chelsea Opera Group. Stiffelio still suffers after 150-plus years from the unfortunate circumstances of its birth. Its failure when first produced in Trieste in 1850 was attributable to its realistic subject. Contemporary Italian audiences preferred the distance from their everyday lives created by costume drama to being brought face to face with moral issues: the opera’s central narrative is the minister Stiffelio’s conflict between his church’s central precept of forgiveness and how to respond to his own wife’s adulterous betrayal. The inclusion of social conventions foreign to them such as a married minister of religion, and emasculation by the local censors of both dramatic elements and text were other factors. Stiffelio, it must be said, suffered failure for non-musical reasons. Given also that the whole project of a new opera which Verdi planned to follow Luisa Miller in 1850 (with libretto by Cammarano) was intended to be the long-sought-after King Lear, its replacement must have seemed woefully inadequate. An attempt to give the opera a second chance in Florence the following year under a new title and by imposing on it a dramaturgy which made the central figure a statesman, not a priest, made little difference and by 1854 Verdi had come to the conclusion that the work as it stood had no future. He and Piave used parts of Stiffelio to construct Aroldo in that year.

The existence of a revised version and the assumption that it must have been an improvement has doubtless counted against Stiffelio. It seems a reasonable supposition that Stiffelio has for most of the period since COG’s foundation in 1950 lain in the shadows cast by the three great breakthrough operas Rigoletto, Il trovatore and La traviata which followed it. The absence of a reliable score of the original until recently is surely also a contributory factor. Only in 2003 was a full score published by the New Verdi Edition. Meanwhile interest in the work led to productions given at London’s Royal Opera House and New York’s Metropolitan Opera with singers such as Carreras, Domingo and Cura. The truth remains that Stiffelio, premiered a mere five months before Rigoletto, deserves attention. This revival by COG should have stimulated discussion as to whether Stiffelio is the product of Verdi’s “galley years” or a transitional work looking forward to the great operas of his final years. 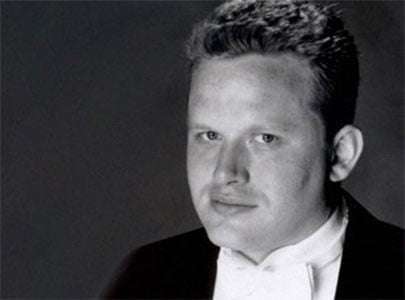 Conventional forms are evident: the baritone’s double aria, the first Act duet between Lina and Stankar and the concertato finale of the first Act. Then there are many hints of middle-period Verdi to be heard: the conspirators’ music from Un ballo in maschera, the swaying accompaniment of Germont’s aria, the broken chords of Gilda’s contributions to the Rigoletto ‘Quartet’ to name but three. But there are some elements which look further into Verdi’s future than any of the middle-period masterpieces, especially orchestrally. When the curtain rises it is not to the conventional chorus but to an arioso for Jorg with indeterminate tonality and squirming cello accompaniment. There is some fine atmospheric orchestral writing, particularly in the prelude to the graveyard scene, where the swirling breezes are depicted above an ominous figure bounded by a minor third which suggests Lina’s dread. Even more impressive is the accompaniment to her ‘Prayer’, with small chamber groups creating an ethereal effect. Equally there are times when Verdi is still locked in the idiom of Nabucco. The potpourri Overture with trumpet cantabile, for example, interspersed with unashamedly banda melodies, a crescendo and Rossinian brass explosions. Even the most dramatic tutti passages can be succeeded by sugary figurations from high strings and woodwind. The jaunty tune after Jorg’s solemn initial utterance is an example of this not uncommon bathos. 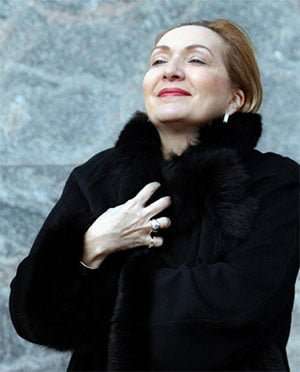 The title role is well suited for a powerful lyric tenor. Its tessitura lies quite low, bringing it into the realm of the ‘baritenor’ personified by Jonas Kaufmann and one wonders how long it will be before that singer tackles it, assuming that he can ignore the weakness of the final scene. Stiffelio is a most unusual tenor figure in nineteenth-century opera, no callow youth smitten by love but a mature man motivated by religious fervour. Peter Auty shows signs of moving into the territory of a strong lyric tenor with the dual advantages of an unusually strong lower register and as clear enunciation of the text as anyone on the platform. He hardly ever made an ugly sound but I always had the impression that he was pushing what is still a basically blunt instrument. Rather that, however, than the bright, edgy tone produced by some tenors of his ilk.

Nelly Miriciou has given numerous sterling performances of bel canto heroines for COG but the acclaim she received at the end of this performance was by no means in nostalgic recognition of times past. She has always brought complete commitment and artistic integrity to her work. This role is slightly off the beaten track for her, which is not to say that it is not demanding. Lina is present almost throughout. She has to undertake a sequence of major numbers in Act One/scene two: the ‘Prayer’, the duet with her father-in-law and the concerted finale but unlike many of her Donizetti and Rossini roles she was here not required to combine agile coloratura skills with power. This is also not a part for the heroine to make a delayed entrance. She was there from the very start. Not only that: she was in character. This was a woman made facially gaunt and physically forlorn by her ongoing need to conceal a guilty secret and by the remorse which ravages her. There could be no doubt of the anguish which racked her in her stance and gestures as she contributed her comments to the first major ensemble, a septet.

Gerard Quinn is an experienced baritone, said on his website to have decided to concentrate on the operas of Verdi; on this evidence that seems a wise decision, given the shortage in the population of such voice. He produces a sound large enough for the dramatic repertoire, as Stankar is required to do when snarling his indignation. His aria was a tour de force, most interesting in the cabaletta, where Verdi has cleverly withheld the re-appearance of the main phrase until the last few bars, but also capable of expressing on a smooth lyrical line the regret he feels about his daughter’s conduct.

The evening was well cast, with voices of equal size. David Soar produced sonorous, even tone as Jorg. Andrew Rees made Rafaelle more than a cipher and stood head to toe dramatically with Stankar. The Orchestra played spiritedly for Brad Cohen. He certainly produced a thunderous sound in Verdi’s brashest idiom and was fully in control of his resources. The Chorus sang accurately and idiomatically in its relatively few opportunities.