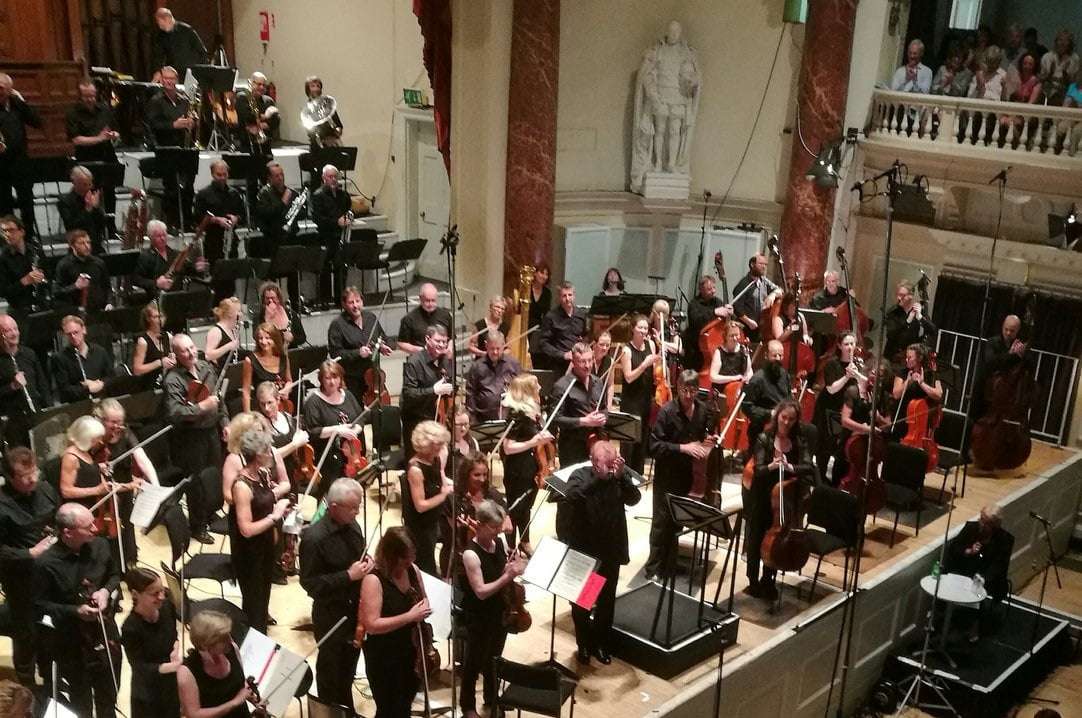 Reviewed from live BBC Radio 3 broadcast… The opening concert of this year’s Cheltenham Music Festival appeared more attractive on paper than it proved to be in performance – at least, as broadcast by BBC Radio 3. Not that there was anything particularly reprehensible in the performances, but much of the music appeared a little under-par in terms of preparation and communication.

The last aspect was apparent in the first work, commissioned by the BBC to open the Last Night of the Proms four years ago. Gavin Higgins’s five-minute Velocity would perhaps, in earlier times, have been termed an overture, although the millennial single-word title is fair enough to depict music which proceeds in headlong fashion over its brief time-span. In terms of volume and brilliance, it certainly stands up well as a kind of British equivalent of John Adams at his most accommodating, without possessing the American’s melodic distinctions or audience-pleasing sleights-of-hand.

A musical study of velocity is an intriguing one, and Higgins’s work certainly exhibits elements of speed and flight, although there is little creative individuality in the work. Around four minutes in the sense of forward momentum stalls somewhat, catching the composer out, who at that moment perhaps decided on contrast – though that, in itself, invalidated what one imagines the essence of the piece to be – before gathering his forces once more to bring the work to its headlong conclusion.

The performance appeared a good one, and although in context Higgins’s piece seemed a little over-powering to preface the two succeeding masterpieces in this programme, in purely musical terms Velocity was overshadowed by the first public performance in over ninety years of Herbert Howells’s Pastoral Rhapsody, dating from 1923.

The early-1920s was a schismatic time in European music, for obvious reasons, and whereas younger British composers such as Bliss, Goossens and Walton embraced the new, then – as now – composers whose natural musical language remained largely aloof from fashion tended to be elbowed to one side. Howells, never the most forceful of individuals, was one of the latter group, and he may have felt his Pastoral Rhapsody bore too strong a coincidental resemblance to much of Vaughan Williams’s A Pastoral Symphony, of 1922, Howells quietly setting his work to one side after two performances.

That there are elements of similarity cannot be gainsaid, but much of Howells’s work is remarkably individual and wholly characteristic of this profound and essentially contemplative composer. There are passages in which the influence of Delius is somewhat near the surface, but in this performance one felt a more yielding flexibility in terms of tempo would have brought greater rewards – especially around the five-minute mark as the texture thickens – but Martyn Brabbins was superb in building the later growth and inner life of this unfairly neglected score, yet even this outstanding conductor could do little with the least convincing passage in the work (around nine minutes in) as Howells uncharacteristically appears to lose his way before unashamedly leaning towards Vaughan Williams and Holst in a passage coloured by excellent tracery for solo violin as the work moves to its conclusion.

Howells may have felt right to decide the Pastoral Rhapsody as not one of his very best works, but he was wrong to have left it alone, unknown for a century. There are far-less good works than this by other composers with which we have become familiar.

Elgar’s Cello Concerto followed, with Sheku Kanneh-Mason. This exceptionally gifted musician has had a spectacular rise to fame since winning the BBC Young Musician of the Year two years ago. Still only a teenager, some may have felt his youth would tell against him in Elgar’s late Concerto – but it did the sixteen-year-old Yehudi Menuhin no harm to record the composer’s Violin Concerto with Elgar himself conducting in 1932 – and Kanneh-Mason has the Cello Concerto fully within his compass – both technically and musically.

Yet the work poses interpretative problems which can best be described in terms of scale: much of the expressive writing verges (no more than that) on the elliptical, without the sense of spaciousness which informs the Violin Concerto, and elements of structural cohesion within the Cello Concerto have to be more finely judged than in the earlier masterpiece. In this account, it was this lack of overall cohesion which was apparent when set against the undoubted magnificence of much of the soloist’s playing. Individual moments were indeed very fine and at times very moving, but one knows that experience and greater familiarity with the score will ensure that this young man’s interpretation will, in time, join the ranks of the truly exalted.

Holst’s Beni Mora makes greater sense as the Suite it more properly is, and to play just the final movement may take us back to pre-World War One performance-practice but which in the context of this programme appeared rather bitty, more so as the constant ostinato which runs through this Arabic-themed Finale only fully makes sense when heard in context. But this account was sufficiently compelling – plaudits for the BBCNOW woodwinds – to raise interest in the music of a composer today remembered for one work only. Beni Mora is astonishingly original, almost twenty years before Ravel’s Boléro, and it was a pleasure to hear such a well-paced account of this hauntingly memorable music.

Vaughan Williams’s The Lark Ascending, like Elgar’s Cello Concerto, is now firmly established as a core repertoire piece, and it was a clever juxtaposition of planning which placed it between the two Holst works. Daniel Pioro was the excellent soloist, capturing the essence of this essentially English masterpiece to such a degree that one wondered if the ascending lark had been joined by a mate, so floridly expressive was Pioro’s playing (including the odd unexpected turn). Brabbins was the consummate partner, and the BBCNOW backed its gifted soloist to the hilt – a very fine performance.

Radio 3’s announcer, speaking from different acoustics, described Vaughan WiIliams’s Romance as a “pastoral rhapsody” – which it is not, maybe hoping to mislead listeners into thinking they were getting two such works. She also described the final item, Holst’s Ballet Music from The Perfect Fool as a “suite” – again, a term foreign to the composer in this instance, and not so described on the score.

This proved an excellent concluding piece, but the opening trombone call-to-action was a little under-powered – perhaps this piece should have started the programme (just as it prefaces Holst’s opera) – and at times the BBCNOW was a little under its high standard, although overall the music made its customary original points well enough. Perhaps it was the heat in the Town Hall, which may also have affected the audience’s participation in Parry’s Jerusalem, which sounded rather wishy-washy over the air, with Brabbins’s swifter-than-usual tempo catching the more somnolent members of the audience out.

However, If any conductor can encompass music of such diversity and bring such contrasted works off in performance, it is Martyn Brabbins and the exceptionally versatile BBC National Orchestra of Wales.