Bernstein
On the Waterfront – Symphonic Suite
Prokofiev
Violin Concerto No.2 in G minor, Op.63
Tchaikovsky
Symphony No.6 in B minor, Op.74 (Pathétique) 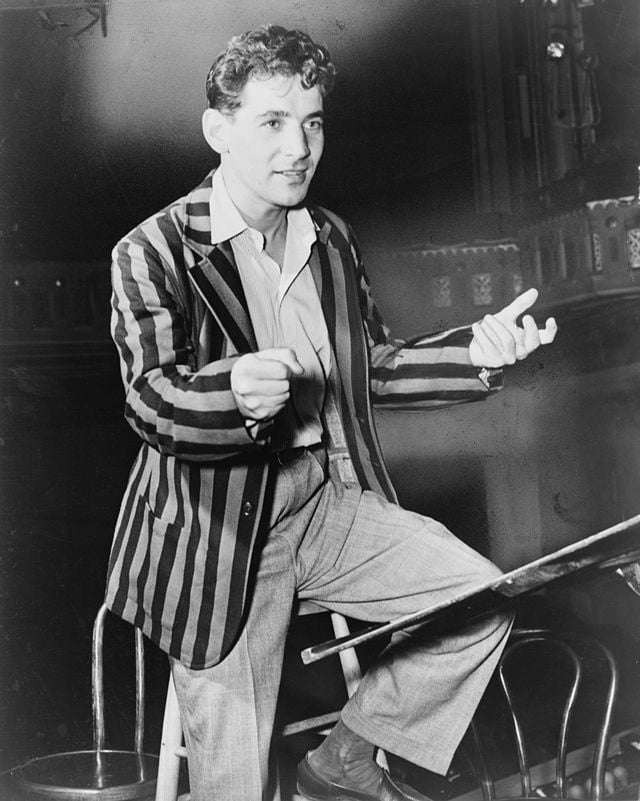 There is always a certain frisson surrounding a concert by a student orchestra, especially one attached to a long-established music college, for the players are dedicated to their task, anxious to demonstrate their musicality and technical ability, and will often have rehearsed long and hard under a conductor they know and who knows them. Having heard several programmes in recent years by the Manchester-based Chetham’s School of Music Symphony Orchestra, this one – on paper – looked too good to miss.

In almost every respect, expectations were fully met – rather more than that in the first half, which began with the Symphonic Suite from Leonard Bernstein’s music for the 1954 Elia Kazan-directed movie On the Waterfront, starring Marlon Brando. Symphonic Suite is a misnomer: the work is neither symphonic (in developmental terms) nor a suite (it is in one movement), but it is a memorable and distinctive concert work which demands much of the players.

Opening with an exposed six-bar solo horn theme (admirably phrased by Benjamin Hulme), the mood of this individual work was immediately set, and as the drama unfolded the playing of the orchestra was consistently outstanding. Ensemble, virtuosity and sensitivity (Grace Macdonald’s saxophone solo was also splendid) were totally subsumed into a performance distinguished further by Paul Mann’s consistently finely judged tempos.

The account of Prokofiev’s Second Violin Concerto by the 16-year-old Elizaveta Saul was on the same accomplished level. Within a few pages it was clear that Saul was likely to have the full measure of this work – as it proved. The violin begins the Concerto unaccompanied, so a lot rests on getting it right first time: tempo, phrasing, tone colour and character. These are not given to all violinists, but here, from the very first bars, all was well, and as the work unfolded it was clear that Saul was in her element. As indeed was the orchestra, its self-confidence bolstered by the success of the Bernstein and the commanding direction of Paul Mann. Ensemble between soloist and orchestra was excellent, enabling us to enjoy the musical wonderland this masterpiece represents – it was a genuine pleasure to experience such a young and very gifted violinist revealing the myriad details of the score with uncommon mastery.

Tchaikovsky’s final symphony saw the full complement of players return, and with it a suspicion of unpreparedness with regard to internal balance in this acoustic, which is a shade constricted for such a large body of players. Accepting those circumstances, the initial solo bassoon entry was anything but pianissimo, and at times, certainly in the first movement, a finer degree of balance was wanting. But Chetham’s is not a professional orchestra, although many individual players – especially the first clarinet (Morta Kacionaite), who is already in the highest class – achieved distinction. In this regard, Mann must be highly commended: his was a reading of notable penetration, especially in the finale, which received a very moving performance. The preceding Allegro molto vivace was undeniably thrilling, and if the 5/4 second movement could have benefited from a lighter touch in terms of basic pulse, overall this was a performance of concentration and expressive commitment.