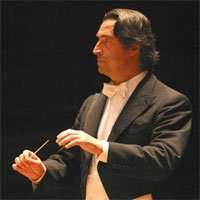 Riccardo Muti and the Chicago Symphony Orchestra seems such an obvious partnership to make it incredible they have worked together so seldom – not since 1972 at any rate. The second of their much-anticipated Royal Festival Hall concerts again risked top-heaviness by placing the symphony in the first half, and with a selection of slighter pieces following the interval, but the decision paid off.

Muti’s recorded forays into Prokofiev tended to come across as exercises in high-octane virtuosity, so it was good to hear him bringing out the intrinsically musical virtues of the Third Symphony as well as its undoubted emotive power. Not that the lengthy opening movement wanted for impact, but the way it reached its culmination was more engrossing than the actual climax; the coda then distilling its luminous poetry without recourse to emotional underlining. The Andante was the highlight – Muti conveying its ominous tranquillity while holding together what can seem a piecemeal conception (not surprising when one remembers how the work was ‘elaborated’ from passages in his opera “The Fiery Angel”) with effortless conviction. The outer portions of the scherzo lacked a degree of malevolence – Muti being mindful to absorb the ricocheting string harmonics into the orchestral texture – but its trio section unfolded with winning expressive languor. Nor was the finale undersold – Muti tearing into its initial tutti, but finding real poignancy in the central span, before building to the baleful peroration with unerring focus. Good to hear that elemental final chord sounding so tonally conclusive too. 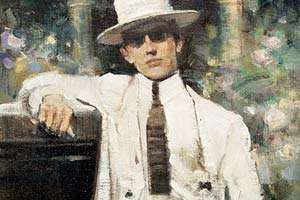 Assessing Muti’s impact on the Chicago Symphony Orchestra’s sound is not easy: the overall quality of ensemble might be said to combine the unbridled flair of the Solti era with the tonal richness of the Barenboim years, yet without the tiring extroversion of the former or the textural congealing of the latter. One of the last-remaining ‘maestros’ though he may be, Muti does not seek to impress with mere overkill. You would hard put to hear a more sensitive rendering of ‘The Miller’s Dance’ from The Three-Cornered Hat, nor a more poetic one of ‘The Neighbour’s Dance’ that preceded it. The ‘Final Dance’ lacked nothing in excitement, but again the emphasis was firmly on textural clarity and the rhythmic ingenuity with which Falla galvanises the music’s Spanishness.

Two contrasted works by Ravel closed the advertised programme. Rapsodie espagnole was treated to a slow-burning, though never sluggish reading: thus the atmosphere – claustrophobic yet unworldly – of the ‘Prélude à la nuit’, or the tense calm of the ‘Habanera’. In between, the ‘Malagueña’ flitted past with a quizzical humour, while the ‘Feria’ was far removed from the showpiece it often becomes – Muti responsive to those allusions to earlier movements that give the work its unobtrusive unity.

As to Boléro, this was played neither merely for effect nor as the implacable assault that others (not least the composer) have made it. A slight increase in tempo during the final stages did not detract from the remorseless logic of the whole, with the highlighting of rhythmic and textural detail (facets hardly less remarkable than the work’s formal crescendo) both accurate and fastidious. The dynamic trajectory was wide but never self-consciously so, and how good to hear the side-drum part (Cynthia Yeh Strauss) played with evident appreciation of its role in regulating the momentum of the piece.

A remarkable display of orchestral virtuosity was rounded off by as thrilling a performance of the overture to Verdi’s “La forza del destino” as there can have been in the post-Toscanini era, reminding one what was lost when Muti pulled out of the Covent Garden production some years ago. The concert itself was rapturously received by a full but not capacity house: a pity if the premium seat prices deterred some punters, as this was premium music-making that is unlikely to be experienced again in London in the near future.