Riccardo Muti was greeted by an enormous ovation when he entered to conduct, celebrating his appearance after collapsing during a rehearsal in Chicago in early February, caused by cardiac arrhythmia, which required the implantation of a pacemaker. He energetically launched into the opening of “Otello”, complete with cannon-shots projected through loudspeakers. The superb Chicago Symphony Chorus created intense waves of sound for this storm scene, while also projecting a palpable sense of relief when the danger had passed. During their “é salvo” Muti relaxed the tempo just slightly to match the mood, the first of countless instances of perfectly welding music to text, down to the smallest detail, to an extent one hardly ever encounters.

Muti is first and foremost a man of the theatre, intent on bringing out every nuance of drama and character, even if it is at the expense of musical splendor In 1894 for the Paris production, Verdi revised the ending of Act Three so as to move forward the action and bring attention to the dialogue; while most conductors ignore this revision and retain the original, which although bringing the action to a halt is one of the grandest of finales, Muti has always honored Verdi’s last thoughts and sacrifices the impressive ensemble scene for clarification of the action. 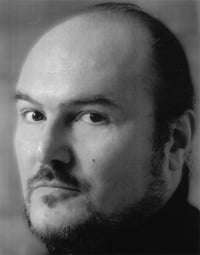 He could not have chosen a better cast to realize his quest for dramatic impact, especially in a concert performance. Aleksandrs Antonenko was under medication for a stomach ailment, but except for perhaps slightly conserving his energies during the end of Act Two, his performance in the title-role was powerful and expressive, with ringing high notes, a tender duet with Desdemona at the end of Act One, as well as a forceful depiction of Otello’s jealous outbursts. Carlo Guelfi was his nemesis Iago, not the bellowing villain here, but insidious, capable of conveying his scorn with just the right turn of a phrase or coloring of a note. While his voice may not have the most burnished quality, its focused core easily carries it without forcing, and his characterization of the text was spellbinding. Standing next to this a tall, imposing-looking man, the slightly built Juan Francisco Gatell held his own as Cassio. A very lyrical tenor, his voice has a beautiful roundness of sound, both light and yet projecting easily. One can imagine him taking on the roles Alfredo Kraus sang so magnificently.

Dressed in a low-cut black sheath, Bulgarian soprano Krassimira Stoyanova may not have looked the part of the innocent young Desdemona, but particularly in the last act she sang with exquisite tenderness, musicality and attention to the slightest nuances of the text, making ‘Willow Song’ and ‘Ave Maria’ high-points with perfectly controlled, floating soft notes. In addition, she has the power to soar over the orchestra, as she demonstrated in the third act when proclaiming her innocence. Come the end of the opera Barbara Di Castri in the small role of Emilia gave an equally intense performance. Michael Spyers and David Govertsen were also up to the task, while Paolo Battaglia produced a rather unfocused sound, and Eric Owens has a tight vibrato which detracts from all but his lowest bass notes.

Underpinning it all was the magnificent Chicago Symphony Orchestra, Muti bringing out details of the score which often get lost in the opera-house pit. By being able to focus one’s attention on the music alone this score took on another dimension, highlighting how closely Verdi interwove the text with the accompaniment or, perhaps more appropriately, a collaborative orchestra. With a virtuoso ensemble like this, one insightful moment followed the other – the kinetic opening, the sparkling “fuoco di gioia” chorus, the celestial cello quartet at the end of the first act, the rousing conclusion of the second, the tableaux in the third, and the mournful English Horn solo (Scott Hostetler) and the threatening double basses in the final act. This was a performance in which all the participants came together in perfect synergy for an event to remember.