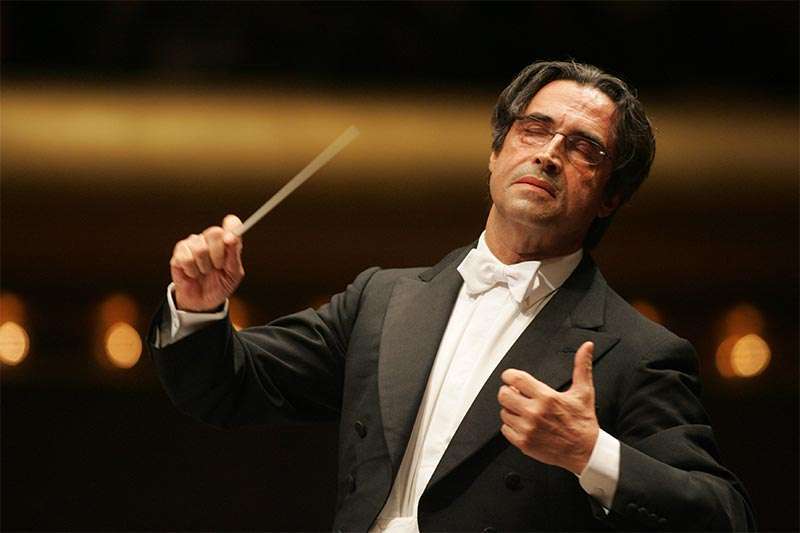 The highlight of this first of three concerts presented by Riccardo Muti and the Chicago Symphony Orchestra at Carnegie Hall was the overpowering and provocative Third Symphony – ‘The Divine Poem’ – of Alexander Scriabin. Muti has long been a champion of Scriabin’s Symphonies, having recorded them all with the Philadelphia Orchestra.

The concert opened with Mendelssohn’s Calm Sea and Prosperous Voyage. He was a lad of nineteen when he composed the work, more a symphonic poem than an overture. Inspired by two poems of Goethe, Meeresstille (Becalmed Sea) and Glückliche Fahrt (Prosperous Voyage), Mendelssohn joined them together in a musical dramatization of a sea-voyage that begins in still waters immersed in an atmosphere of dreamy serenity. Suddenly, the music becomes more agitated as the blustery weather propels the ship forward for a successful journey, celebrated in the triumphant conclusion. Muti combined rich, warm sonorities and rhapsodic expressivity during the opening section. As the tempo increases, the string figuration describes billowing waves and gusty winds in a manner that foreshadow passages in Wagner’s Der fliegende Holländer (The Flying Dutchman). After sentimental thoughts of home were expressed longingly by the cellos, timpani drove the music forward for the rest of this exhilarating excursion, with brass resounding in triumph. Muti concluded this musical voyage with exuberant speed, as if to suggest that there was plenty of energy left for the return trip.

The difference in perspective and musical imagery between the Mendelssohn and Debussy’s La mer relates primarily to the contrasts in style between early-Romanticism and Impressionism; Mendelssohn concentrating primarily upon the energy of rhythmic flow, while Debussy adds more details and brighter, sparkling colors. Muti’s conducting of La mer was fervently rhapsodic, awash in brilliant coloration, impressively well-shaped and supercharged with dramatic intensity. He elicited each evocative phrase clearly and in perfect balance with the primary melodic material. Treating the work like a symphonic drama, Muti highlighted the dramatic character of the music with special emphasis as it built up a head of steam to a rampaging conclusion.

Among his five Symphonies (five if you include The Poem of Ecstasy and Prometheus), Scriabin’s Third, ‘The Divine Poem’, is a seminal work in that he tried for the first time in his symphonic output to merge music and philosophy. Its three movements are without pause, lasting around 50 minutes. In the first movement, ‘Luttes’ (Struggles), we are confronted with a conflict between Man and God, slave and master; although Man triumphs, he is too weak to “proclaim his divinity” and succumbs to Pantheism. He becomes captivated by sensual delights and indulges in voluptuous pleasures in the second movement, ‘Voluptés’ (Delights) and finally frees himself from divine power, becomes at-one with the universe and immerses himself in “the supreme joy of a free existence”, an expression of Nietzschean philosophy.

‘The Divine Poem’ is bathed in psychedelic effusion, ardent sensuousness and bombastic brass pronouncements, bestirred by neurotic energy and hypertension. Muti’s strong commitment to this work was evident throughout the performance. He emphasized its rapturous lyricism played with languid expressivity and brilliant tone by the excellent CSO strings. A vibrant and stentorian sound from the brass is a necessity, especially because it carries the Symphony’s primary musical motifs. Fortunately, the CSO brass-players are among the finest, which they proved unfailingly throughout this lengthy and arduous music. The dark character of their low tones was simply spine-tingling and their fff outbursts ear-splitting. Muti’s melodramatic reading was matched by his insistence on precision and power. Scriabin’s ‘The Divine Poem’ can be an exhausting experience but this account was a glorious triumph.