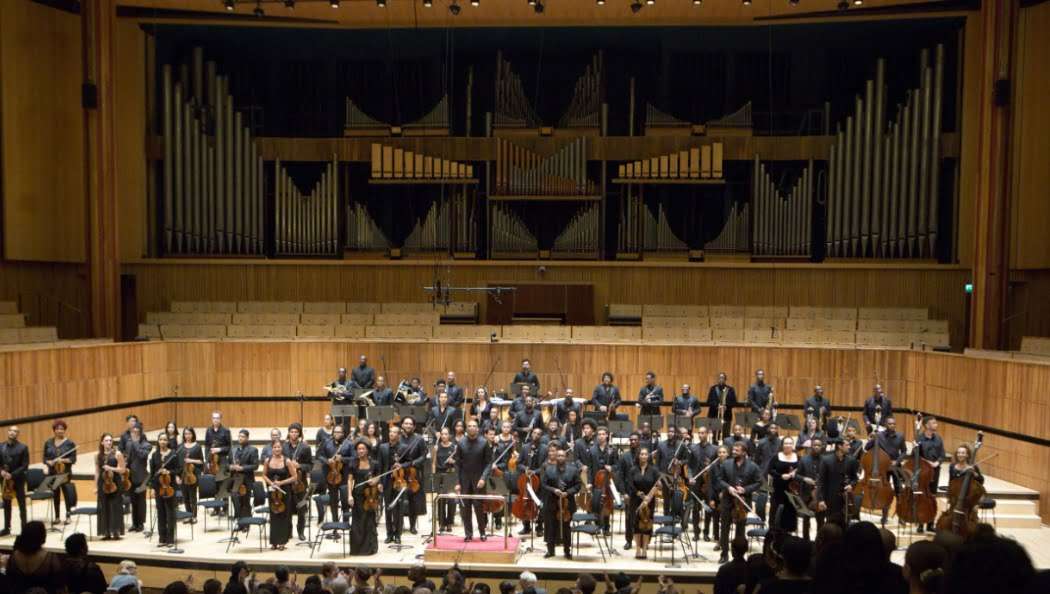 Chineke! is a flourishing organisation created by Chi-chi Nwanoku, principal double bass of the Orchestra of the Age of Enlightenment and a professor at the Royal Academy of Music. There is also an associated junior orchestra (ages 11 to 18). The principle is to provide “career opportunities to young BME classical musicians in the UK and Europe.”

To open this concert with Sibelius’s nationalistic Finlandia was an excellent idea but this was not Finlandia as we know it because the hymn-like melody was given an English text sung by a sixty-strong choir distributed within the aisles of the auditorium. This was a splendid way initially to display the quality of the orchestra, especially the brass, and heard from amid the extremely powerful soprano section of the chorus it was a most unusual and very exciting experience.

Le Chevalier de Saint-Georges (1745-1799) was born in Guadeloupe, son of the wealthy French planter George Bologne de Saint-Georges and his slave Nanon. He was educated in France and became immensely famous as a master swordsman; he also became an officer of the King’s Bodyguard. He became director of Gossec’s great orchestra Le Concert des Amateurs and his skill as a violinist was regarded as being on a par with his remarkable fencing abilities.

The Overture to his opera L’Amant anonyme is in effect a brief three-movement Symphony and is scored in much the same way as an early Haydn Symphony with oboes, horns and strings. Kevin John Edusei is clearly aware of ‘period’ style because, as also in the Cello Concerto that followed, he employed harpsichord and bassoon continuo. The Overture is a delightful work; it was performed elegantly featuring some ideally smooth phrasing from the strings in the slow section. 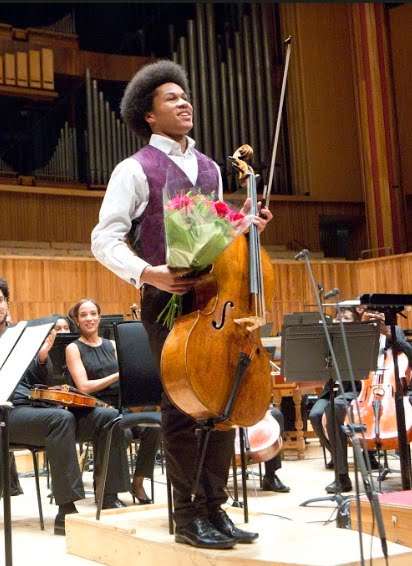 Eighteenth-century style was also evident an outstanding reading of the Haydn. Sheku Kanneh-Mason combined lightness of touch with astounding precision. Every note, even when a passage was both quiet and rapid, was audible. This gentle reading had no over-emphasis and the orchestra subtly yielded to the solo line whenever possible. The Adagio, was given an unhurried and exceptionally beautiful reading, and the Finale, while retaining the same elegance, was played at its essential speed: very fast. Here the soloist’s accuracy was remarkable. This was an exceptional performance – a pity about the flow being interrupted by applause between movements (as would also happen in the Symphony) but the standing ovation at the end was richly deserved.

As an encore Kanneh-Mason provided his own arrangement of Ernest Bloch’s Abodah (1929), originally for violin and piano. Its elegiac nature did not exactly suit the feeling of elation engendered by the Haydn but it was interesting to encounter another aspect of the skills of this 17-year-old artist who recently won BBC Young Musician of the Year.

Edusei must surely have rehearsed Dvořák’s ‘New World’ Symphony with the utmost thoroughness and Chineke! responded to every indication given through his exceptionally clear technique. There was little evidence that this was anything other than a top professional orchestra although its members do not have the advantage of constantly performing together.

I am not concerned about the occasional imprecise chord or the horns now and again being a touch louder than the woodwinds, after all such moments also occur with more-famous ensembles and the interpretation held the attention. Edusei elicited sympathetic phrasing without imposing any unwarranted ideas; a classical approach but full of character. 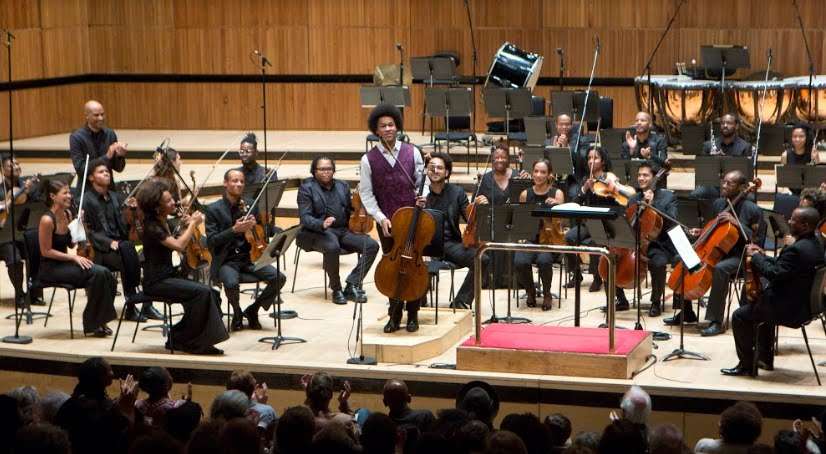 The opening cello melody was made very expressive by the use of rather more vibrato than usual. The first-movement proper, given with exposition repeat, was unconvincingly traditional given the three main melodies were taken at different speeds, the second being slower, the third slower still. This is so commonly done that any music-lover who knows the music but has no access to a score probably thinks that Dvořák composed it like that but the composer does not request any modification of tempo. In the context of an interpretation using freedom of tempo however, I can forgive the furious racing coda – Dvořák did not ask for it to be faster but the effect was thrilling.

The remainder of the rendition was far less indulgent, and in fact the unhurried Largo moved in an untroubled manner from one section to another. The cor anglais solo was played superbly by Titus Underwood (currently principal oboe at the Utah Symphony). The Scherzo was rhythmically incisive. The movement has an asymmetric shape since Dvořák requires only the first section of the two-part Scherzo to be repeated; sensibly, Edusei made a nicely balanced pattern by also making that repeat on the Scherzo’s return after the Trio. The finale was driven hard in an all-through sweep and even Dvořák’s typical pre-coda moments of quiet reflection were given an underlying tension.

The concert is scheduled for broadcast on BBC Radio 3 on October 6, and will later be issued as a commercial CD. I earnestly hope that between-movement applause will have been removed.

The development of Chineke! Is progressing apace and it is now an Associate Orchestra of the Southbank Centre.