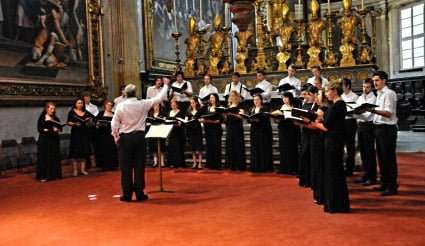 The magnificent Arts and Crafts church, Holy Trinity in Sloane Street, hosts an impressive range of concerts throughout the year. This programme of renaissance and nineteenth-century choral music made full use of the church’s huge space (the nave is slightly wider than St Paul’s, according to Pevsner). Both of these undergraduate choirs have made some excellent recordings, either together or separately, and they present a fresh, immediate sound, cultivated without being mannered, and, on the evidence of this concert, very word-friendly – surprisingly so, given the generous acoustic. The singers’ variety of colour, attack and timbre was neatly tailored to the range of styles on offer, with both conductors drawing out satisfying details of phrasing and vocal shading.

To say that I was blown away by the opening work, Thomas Tallis’s Spem in alium for 40-part choir is an understatement. Just the spread of glorious sound through the eight choirs of five voices each was hair-raising enough, but the authority with which David Trendell moulded the pulse of the work as it gathered momentum and the certainty with which he guided the components of this aural Rubik’s Cube into place was thrilling. The timbre wasn’t so homogenous that you didn’t get shafts of individual beauty from the performers, underpinned by a fine-grained bass-line moving the interlocking harmonies into place. I imagine the amplitude of sound the choirs produced at “respice humilitatem nostrum” (be mindful of our lowliness) is only now beginning to decay.

It was Tallis who supplied the tune (the one used by Vaughan Williams in his Tallis Fantasia) for the Shaw brothers’ Funeral Music, arranged in 1915 as a sort of Anglican ‘Dies irae’ for the troops killed during the First World War and played here by Annie Lydford with Nimrod-like solemnity to show off Holy Trinity’s newly restored Walker organ. 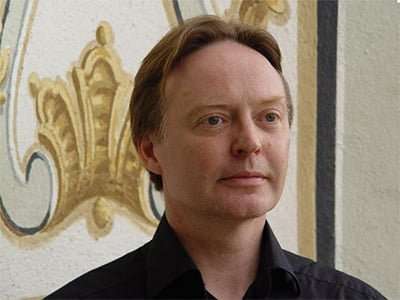 As an unusual nod to the Wagner bicentenary, both choirs came together for his edition of Palestrina’s Stabat Mater, made in 1848 and adapted thirty years later for both Catholic and Protestant use. Conductor Geoffrey Webber’s aim was to reproduce as much of the detail of Wagner’s version as possible. The balance between the two groups of four soloists and the choir was distinctly drawn, and there was some highly expressive antiphony between the solo groups. Perhaps there was more licence in terms of dynamics and rubato, but the message of the text came across with uncompromised fervour and directness.

Schumann’s unaccompanied choral music is rarely heard repertoire, but his Four Songs for Double Choir are right at the heart of German romanticism. Webber’s conducting revealed Schumann’s elusive, ecstatic emotionalism in all its ambivalent glory through the choirs’ highly-charged singing, with a supple responsiveness that extended into Schubert’s setting of Psalm 23, The Lord is my Shepherd, with Nick Lee’s rippling piano accompaniment taking us back to the world of the Schubertiade.

Richard Strauss’s Deutsche Motette is spoken of with respectful awe in the choral community. Nearly 20 minutes long, it unfolds into as many as 23 parts, including four soloists, with a further three added for one passage, and the vocal range of four octaves is at times punishingly high. Rückert’s poem is in the same area as the texts used by Mahler in his Symphony No.8, about the yearning for enlightenment, and there is early-on in the Strauss a motif that bears a striking similarity to the ‘Blicket auf’ theme in the Mahler. It is vintage Strauss, a vocal masterpiece that moves easily from seductive Rosenkavalier-style close-harmony to the sort of rapture Strauss created in Ariadne auf Naxos or Four Last Songs. The vocalists took all its technical demands in their stride, led by an ecstatic quartet of soloists, and Trendell’s masterly direction built the work towards one of Strauss’s greatest climaxes.

Fortunately, the two choirs’ new CD, “German Romantic Music from Schubert to Strauss” (Delphian DCD34124), offers just as magnificent a benchmark performance of the Strauss, along with the Schumann and Schubert pieces, and works by Brahms, Rheinberger and Peter Cornelius, and is highly recommended for lovers of this marvellous repertoire.