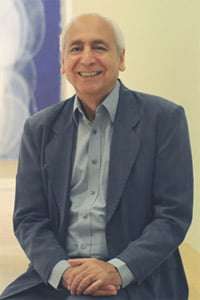 There was quite a lot to learn from Martino Tirimo’s opening recital of his Chopin Unwrapped series – three weeks and 12 concerts of the complete works, to mark the bicentenary of Chopin’s birth.

I wonder about the value of doing a complete-works series. It’s not the ideal way to hear the music, except in a nerdy completist way. Also, and particularly so in the case of Chopin, the emphasis on one instrument, one artist (Tirimo is only not playing in the chamber music and song recitals) and a very well-known repertoire (apart from a lot of juvenilia), carries the risk of monotony, and what may be intended as a survey becomes a long slog. Box office knows best, I suppose, as the non-apostrophised Kings Place has no doubt found out.

Then, however niftily Tirimo has planned his programmes into a mix of genres beefed up with one or two of the big works (although it’s surprising he’s splitting both sets of Studies over four concerts), there is the problem of how to present a lot of short pieces, with simple structures and covering very similar emotional territory without getting Chopin fatigue. From experience, one common solution is to resort to what can tactfully be called expressive rubato, a double-edged interpretative sword that can lead many a pianist astray into extremes of mannerism.

Tirimo, whose loyal fans justifiably congratulate themselves on their finely attuned connoisseurship, is a very fine Mozart and Schubert pianist, and he has played a big part in bringing the latter’s sonatas into the repertory. His aristocratic, slightly reserved approach suits the balance necessary for Mozart superbly, and his sure command of long and lyrical Schubert can be sublime. It’s a very personal, possibly heretical thing, I know, but Tirimo is not the first pianist I would choose to hear Chopin from, mainly because the music is predominantly non-argumentative. We’ll hear, as the series unfolds.

Tirimo started his “long journey” (as he described it in a brief preamble) with the seven-year-old composer’s Polonaise in G minor, “one of the great achievements of man” according to Tirimo – at least, I think he was thus referring to this engaging piece of precocious juvenilia, a sort of military polonaise prototype for toy soldiers. One thing that Tirimo showed with stylistic aplomb, in this piece and the rather less interesting Variations on a German air, was the way the delicately thrown-away decorations are just that – decorative, but by the time of the Opus 9 Nocturnes, for example, decoration has become as essential to Chopin’s style as harmony and melody. There was an attractive poise to No.1 of the set and a graceful lilt to No.3 that showed off Tirimo’s evenness of touch and discretion with rubato, which he carried over to the second and third mazurkas of the Opus 17 set; No.1 was too rushed and hectoring, and the mystery of No.4, one of the bleakest, oddest pieces in all of Chopin, went for nothing, with an over-emphatic rallentando used to no great end. In the Allegro de Concert (a reworked version of the first movement of a discarded concerto), doubts about some thick textures were carried over into the first of the Opus 34 waltzes, and the sinuous winding figure in the left-hand of No.2 was too unyielding.

The Berceuse was the high point of the recital, where Tirimo’s considerable singing tone and effortless decorations were suspended high above the gently assertive accompaniment – the moment of Chopin alchemy I had been waiting for, clinched by a powerful reading of the great Polonaise-Fantaisie, big music that really gets under the skin.

Apart from that and the Berceuse, however, Tirimo’s approach seemed rather dogged, a feeling compounded by his having the music on the stand, from time to time. Of course, it’s only an aide-memoire, but for the audience it can’t help but point out that the performer’s first point of contact is with the printed page rather than the listeners. Never mind. Despite the occasional smudge, some surprisingly heavy-handed fortissimos and a few thickly textured passages, Chopin’s inimitable expressive high-wire act emerged clearly.