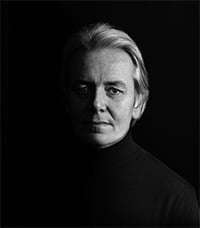 Christian Blackshaw gave up his international career as a concert pianist when he devoted himself to bringing up his young family after his wife died. That was some twenty years ago, when he was in his early forties. He started rebuilding his career towards the end of 2009 with a Mozart Sonata cycle that he has recently completed. The clarity, insight and abundant musical intelligence he brought to this slightly ‘Cinderella’ area of the piano repertoire saturated the more mainstream, romantic works he played in this International Piano Series recital.

If there is such a thing as robust refinement, Christian Blackshaw has it in spades. There is a rigour to his playing, tempered by some of the most eloquent and inward playing I’ve heard from the current IPS roll-call of (predominantly young) pianists. Like Clifford Curzon, with whom he studied, Blackshaw has a range of touches that can produce ever-quieter layers of tone and variety of colour. It’s the sort of approach, coupled with his preference for performing with the lighting turned down very low Richter-style, which undemonstratively clears a path into the music. I feared briefly that his way might be too overwrought and sophisticated for the supposedly artless charm of Schumann’s Kinderszenen, but such reflection on childhood fantasy, games, memories and the need for security made itself felt in a reading played almost to and for himself. Blackshaw was acutely alive to the childlike but huge significance of each piece, and after the exquisitely balanced irresolution of ‘Träumerei’ and the lingering return to the real world in ‘The poet speaks’, you were left in no doubt that this is music for grown-ups.

There was a similar tug to the world of the subconscious in Blackshaw’s powerful performance of Schubert’s late A major Piano Sonata. The ‘Wanderer’ Fantasy-like confidence of the opening of the first movement needed the exposition repeat to assert itself, and the slight tweak of anxiety at the turn into the development, in Blackshaw’s carefully plotted overview, was the first uneasy hint of the full-blown drama that erupted like a psychotic episode in the slow movement. There was a soul-bearing imagination at work here, and the trauma leaked into the tranquiliser effect of the rest of the Andantino and the brittle scherzo. In every sense, this was a big performance, self-effacingly virtuosic and full of detail (aided by a light foot on the sustaining pedal), that did full justice to the Sonata’s stature.

Blackshaw’s virtuosity was more overt in Schumann’s Études symphoniques. These terrifyingly demanding Variations can get lost in their dense textures, but, even though he understandably looked rather drained at the end, Blackshaw kept the sound impressively clear, without a hint of the hectoring quality that can easily take over in this work. The articulation of Blackshaw’s playing, especially in the staccato passages Schumann seemed so fond of, was phenomenal, and I particularly admired the way he cleared the air for the release into the surging finale with a perception that never lost sight of its seismic climax.