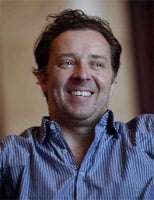 Christian Gerhaher’s cycle of Schubert cycles ended, as it must, with the late settings of Rellstab, Heine and Seidl that were collectively dubbed Schwanengesang (Swansong) by his publisher. Unlike the foregoing Die schöne Müllerin and Winterreise, there is no thematic thread to link either the poems or the music beyond a vague sense of momentum and stylistic accord. The brilliance of this fine baritone is to pinpoint any and all of the nebulous connections between the songs, and to use these as stones upon which to build an overarching interpretation. The result is the most cohesive account of Schwanengesang I have yet heard. 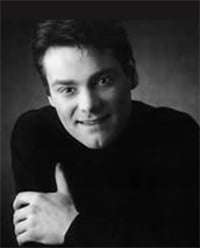 Obedient to the published order (not always the way these days), the Rellstab songs were placed first. Gerhaher eased his way into them, establishing his axiom for the evening: keep your powder dry. After a cool ‘Liebesbotschaft’ the reading grew in intensity, first with ‘Kreigers Ahnung’ and then through the silvery rivulets of ‘Frühlings-Sehnsucht’, until reaching an unexpectedly brisk ‘Ständchen’ whose impact was compromised by the heavy right-hand of Gerhaher’s regular accompanist, Gerold Huber. ‘In der ferne’, with its hushed tri-note descents, cries out to be sung by a baritone and Gerhaher used the song’s triple-rhymes to evoke a near-hypnotic sense of ‘far away’. Rather than dance over the double-s patterns in the first stanza (“durchmessenden”, “vergessenden”) he caressed each one, flirting with sibilance but never quite touching it. If time stood still, it quickly caught up with itself via the galloping ‘Abschied’ that followed.

To expand an otherwise short recital, Gerhaher and Huber took two decisions: they treated themselves to an interval (unwelcome) and they led up to it, rather more happily, with three settings of texts by Karl Gottfried von Leitner. The first of these, Drang in die Ferne, was a poor choice: its strophic simplicity broke the mood that had been so painstakingly established during the Rellstab sequence. Der Winterabend and Des Fischers Liebesglück were happier bedfellows for Schwanengesang, and while the former would have benefited from greater coloration to its pointillistic accompaniment, the latter emerged soused in an atmosphere of pallid light and distance that recalled ‘Der Leiermann’, the closing song of Winterreise. Perhaps we needed the interval after all.

Gerhaher launched into the Heine settings with a sense of renewed weight and purpose. Out of the strong, ‘Der Atlas’, came forth bitter-sweetness as ‘Ihr Bild’ gave way to a touching account of ‘Das Fischermädchen’. The eeriness of ‘Die Stadt’, with its depiction of a distant town seen through evening mist, was attenuated by a lack of sprightliness in Huber’s playing of the arpeggios at “Ein feuchter Wundzug kräuselt” (a dank breeze ruffles…). The pianist was more successful in the wistful slowness of ‘Am Meer’, after which Gerhaher let rip his first ff of the evening as both artists infused ‘Der Doppelgänger’ with hair-raising terror. After this, the charm and light touch the duo brought to Schubert’s final song, Seidl’s ‘Die Taubenpost’ was thankfully received – as was the encore, a spiccato bounce through another Seidl setting, the jovial Bei dir allein.