Tchaikovsky
The sun has set, Op.73/4; It was in the Early Spring, Op.38/2; Mild stars shone down on us, Op.60/12; Had I only known, Op.47/1
Duparc
L’Invitation au voyage; Chanson triste; Extase
Brahms
2 Songs with viola, Op.91
Fant de Kanter
3 songs on texts of Ingrid Jonker for voice, viola and piano

The combination of mezzo-soprano, viola and piano is a potent one, exploited fully by Brahms but here also realised in settings of the Afrikaan poet Ingrid Jonker. These latter were commissioned in 2006 by Christianne Stotijn (who had been in Tanglewood for Mahler’s ‘Resurrection’ Symphony just 36 hours before this lunchtime Wigmore recital) from the Dutch composer Fant de Kanter (born 1969) with her friend and compatriot Isabelle van Keulen in mind as co-performer.

The three brief settings made an appropriate complement to the serenity of Brahms’s ‘Geistliches Wiegenlied’, the second of his Opus 91 pair, performed with a graceful reverence. Immediately evocative, the viola kept initially in the lower register while the expansive mezzo line was kept just above. Particularly effective were the subtle portamentos Stotijn inflected some words with, and the occasional closing of melodic intervals gave a very slightly flat and more colourful sound, responding to the nuances of the text. 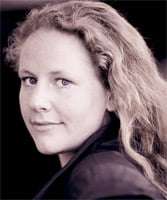 In the third of de Kanter’s songs Stotijn’s solo declamation moved quickly through the dynamic range, before a brief alliance with the piano in octaves. De Kanter’s style, described as somewhat elusive, takes in elements of classical and popular music, and, on this evidence, the wide open spaces of country music. At times the piano evoked chimes blowing in the wind, and the blend of the three instruments was imaginatively treated. 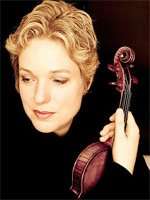 Stotijn’s recital began with four songs of varied mood from Tchaikovsky, all dealing with love but moving from the outright bliss and carefree happiness of “The sun has set” and “It was in Early Spring” to a tense version of “Had I only known”. Here Joseph Breinl was exceptional in his sensitivity of accompaniment, the prelude and postlude setting the scene and describing the subject, a handsome horse-man, while Stotijn’s refrain of “If only I had known, had realised” served as a thoughtful pause.

Three Duparc songs were similarly diverse in mood, and placed demands of low pitch and tonal delivery on the singer, both of which were easily met. Stotijn’s lower register makes a rich sound lending plenty to a song such as “L’invitation au voyage”, where her one-note refrain was ideally phrased to the bare fifths of the piano part. The long-breathed phrases of “Chanson triste” were similarly well-controlled.

As an encore to this BBC Radio 3 Lunchtime Concert there was more Tchaikovsky, with an enjoyably manic finish to “The Cuckoo”, the eighth of his Opus 54 set, bringing the recital full-circle before van Keulen reappeared for the rustic “Dansons Le Gigue”, Opus 5, of Charles Martin Loeffler, with both songs charmingly introduced by Stotijn.