The Choir of Trinity College Cambridge 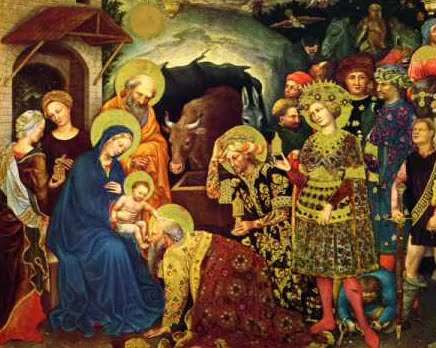 They only gave us four of the six parts but it’s a five from me. Stars, that is. How else to hail the infectiously fresh sound of youthful experts (the choristers of Trinity College Cambridge contrived to sound both spontaneous and rigorous at the same time), four characterful soloists and a leading period orchestra on top form? Stephen Layton’s annual Christmas concerts at St John’s Smith Square may recycle their repertoire, but there was nothing routine about his exhilarating account of J. S. Bach’s Cantata sequence. This performance of a truncated Christmas Oratorio was a calorie-free feast.

As has become the custom when Bach interpreters offer abridged versions (although a complete performance can come in at under three hours even when there’s an interval) Layton gave us the trio of works that were written for performance on the three days of Christmas before rounding things off with the Epiphany Cantata, number Six.

The Christmas Oratorio is awash with harmonic pleasures and contrapuntal fun, and Layton set out his stall in a zestful, dance-like opening chorus, with the trumpets of David Blackadder, Phillip Bainbridge and Peter Mankarious heralding the celebrations. ‘Jauchzet, frohlocket!’ they sang. Rejoice and be glad. Yet two hours later, in ‘Herr, wenn die stolzen Feinde schnauben’ (Lord, if proud foes rage) which opens Part Six, the same combination of musicians found something quite different: grandeur in solemnity. It was that kind of reading – intelligently conceived and brilliantly communicative.

Bach’s depiction of Mary Mother of Christ falls mainly to the alto, which is why it makes sense to call on the services of a mezzo rather than a countertenor. Barring a couple of snatched breaths Helen Charlston was an exceptional interpreter; the gentle smile with which she intoned ‘Schlafe, mein Liebster’ (Sleep, my beloved’) was especially moving. Anna Dennis, the underemployed soprano, also conveyed bags of character in her one decent aria, ‘Nur ein Wink von seinen Händen’ (A mere wave of His hand), in which her angelic defiance was palpable.

A year ago I wrote on these pages (apropos of a performance of the B-minor Mass) that the vocal timbre of young Gwilym Bowen was not yet the finished article. What a difference a year makes. The tenor’s distinctively reedy tone was superbly accomplished on this occasion and he delivered his acres of recitative with throwaway panache. Arias were beautifully interpreted, too: in ‘Frohe Hirten’ (Joyful shepherds) he enlivened his delivery of the words “ach eilet” – make haste – as if skimming a vocal pebble across water.

Matthew Brook overcame a slight raggedness at the top of his register by projecting the text’s meaning with deliberate force. He was at his most convincing, therefore, in histrionic numbers like the extraordinary chorale he shared with the choir, ‘Er ist auf Erden kommen arm’ (Poor came He upon earth). What an original movement this is! A quasi-operatic juxtaposition of choral praise with a prophet-like solo utterance.

Much of the Christmas Oratorio comprises hand-me-downs from Bach’s previous compositions, although not so the exquisite pastoral ‘Sinfonia’ that opens Part Two, where the occluded timbre of the OAE’s ‘period’ wind instruments sounded infinitely more animal-like than modern woodwind could hope to do. Bach knew he’d struck gold with this moment – he also proceeded to compose the same Cantata’s closing chorus around it – so it’s a shame Layton chose to take it at such a business-like tempo. It was, to these ears, his only misjudgement in a reading marked by clarity and enthusiasm of the highest order.