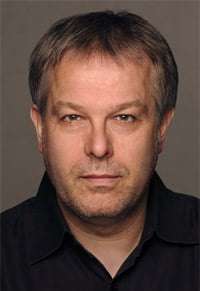 To put together a programme devoted to death is dangerous, in that the recital could turn into a weary dirge, devoid of emotional variety and contrast. To avoid this the artists must be able able to invest each song with emotion and a specific response to words. Fortunately, Christoph Prégardien and Michael Gees are two such performers. Prégardien has a smallish voice that is imbued with a huge range of tonal colours. He has forged a very powerful relationship with his regular pianist Michael Gees.

Prégardien is a renowned Bach interpreter and the opening refrain of “Komm, süßer Tod” immediately showed that the singer eschews the dreadful modern style of detached note singing. Here was seamless legato, with each note given its full value, but smoothly moulded into the next and each time this refrain was heard the tonal and dynamic shading was different. The performance was infused with a profound sense of resignation. It is very rare to hear a tenor sing Mahler (other than in “Das Lied von der Erde”) and ‘Urlicht’ has to be sung by a mezzo. But from the beautifully slow, inflected piano introduction to the final stanza where breath-control was exceptional it would be difficult to imagine it done better by a tenor.

At the beginning of “Schwanengesang” there was a rapt contemplation of death, but the following Schumann was not so successful. There was a sense of conversation and some exquisite pianissimo singing, but the tempo was marginally too slow to encapsulate the composer’s sense of fantasy and discovery. The programme then successfully moved into the realm of young, disappointed love, with all of its romantic overtones of deathly escape and anger at rejection with Schubert’s “Auflösung”.

Mozart’s emotionally vapid “Abendempfindung” (Evening thoughts) brought an elegantly rapt introduction from Gees, Prégardien investing the words with a sense of quiet rapture, and almost made the piece interesting. The two Brahms songs were uneven; the phrasing of the rise and fall in “Feldeinsamkeit” was superb, as was the way in which the singer held onto and breathed “und” in the song’s last line. However, “Wie rafft ich mich auf” was too slow, with little sense of someone leaping up in the night, or of a mill-stream rushing by. 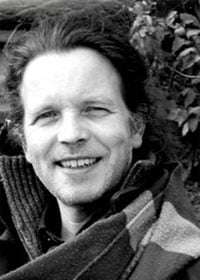 Loewe’s “Edward” features a couple of psychopaths: the eponymous Edward and his mother – the son kills first his falcon, then his horse, and finally his father, all at the behest of his mother. The song has “O!” repeated fourteen times and every one brought a different sound and emphasis from Prégardien, the last line’s viciousness was almost shouted. Throughout the swtting both artists relished every word. To place an aria at the end of the first half might seem incongruous, but it worked, Gees attacking the introduction with enormous panache. Both artists used tempo variation, made the line rise and fall, the last sentence of the second stanza brought upward attack and trumpet-like tone that was positively 1930s, the concluding page attacked with a passion verging on anger and the awkward intervals and line were effortlessly mastered.

Creativity and response to words and music were just as intense in the remainder of the recital. In the Wolf song, the word “garten” was beguilingly lengthened and every aspect of the two Schubert masterworks was captured. Here the magisterial piano opening of the first and subtle pedalling of the second stood out, as did the sense of chill in Death’s second line in D531. Wolf’s “Anakreons Grab” almost came to a halt in its second line with an incredibly beautiful use of portamento, the last word caressed, and “Das Ständchen” brought wonderfully subtle inflections. In the Mendelssohn there were controlled explosions of tone in the second stanza and a real sense of wry humour at the end.

Loewe’s “Erlkönig” is not in the same class as Schubert’s stupendous setting, and Prégardien could have brought more attack and varied the three voices more effectively. In the following Wolf there was a quiet sense of release and refined gradations of tone. Lenksy’s aria was turned into Lied by being sung in German! The piano introduction was Impressionistic and the word-paining was exceptional.

The last two items moved to war, Schubert’s vision of a soldier having a presentment of death, given its full weight, dread and power. Finally there was a return to Mahler with ‘Revelge’, which is often sung by a baritone. Here there was superb characterisation, with the repeated “tralali, tralaley, tralala” given a completely different character on each repetition and the march of the deathly drummer remorselessly displayed with a myriad of dynamic and tonal inflection. Gees’s playing here was outstanding: the interlude before the last stanza was particularly fine.

There was one encore, Mahler’s ‘Ich bin der Welt abhanden gekommen’ (“Rückert-Lieder”), which received a rapt performance with the two last piano notes barely audible in a moment of pure poetry, ruined by the audience bursting into immediate applause.