In Britain our pantomime story of “Cinderella” stems from “Cendrillon”, the version written by the seventeenth-century French author of fairy tales, Charles Perrault. However, the origins of the story go back to the first century BC, a Greco-Egyptian tale of a girl who washes her clothes in a stream where a bird pinches her slipper and drops it into the lap of a Pharaoh who decides to marry the girl that the slipper fits.

There’s a ninth-century Chinese version, another from mediaeval Indo-Malay and others from Japan and Korea. Every year in Britain the story gets re-written to encompass topical references of the day or to give work to ‘resting’ television stars and comedians. This year’s Old Vic production is “Cinderella” as told by Stephen Fry. This is quite a radical re-working of the traditional tale for, although the basic story of the poor put-upon ‘Cinders’ and her terrible dysfunctional family is still intact, it is in the detail that the tale takes a different turn. 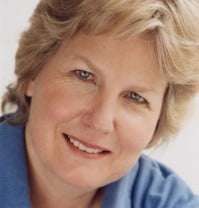 It begins with a Narrator (Sandi Toksvig) descending from the flies as the tale unfolds. Now this is no ordinary narrator, not even an M & S one! In fact it’s more S & M as Toksvig does some cross-dressing (along with the Ugly Sisters) appearing moustachioed, clad in trousers and smoking a pipe. The other major change is that Buttons is openly gay and makes a beeline for Dandini who is also that way inclined. Some may consider this heresy, but, in this day and age, it is quite obvious that Buttons has always been in the closet – he is after all just Cinderella’s best friend which makes her a ‘fag hag’ – and it’s time he literally came out. 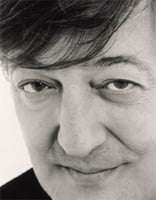 In his script Stephen Fry, being Stephen Fry, handles the situation with great wit (pace Jonathan Harvey’s script for “Jack and the Beanstalk” at the Barbican, which is neither camp nor funny enough) thus offering something for the grown-ups as well as the little ones to enjoy. There are plenty of jokes for everybody including references to lady girls, Cillit Bang, premium herald lines, wireless Broadband, Ian McKellen’s merkin and “aren’t you good at holding your balls?”. All good honest vulgarity, say I.

Even the characterisations are novel: Cinderella is no ordinary skivvy but an in-house maintenance worker with aspirations, Buttons is given to quoting Plato; the Queen is a drunken old tart with Dr Spooner’s affliction; and the Ugly Sisters (is that PC?) are called Dolce and Gabbana. Fry also contributes a clutch of lyrics to go with Anne Dudley’s score, which comes in various styles, including a Gilbert & Sullivan pastiche and the ‘Lindy Hop’. It’s not an exactly memorable score but it is serviceable and the Company sings and dances its way through with admirable spirit. The overture is very Broadway Musical with a medley of what’s to come that gets the whole enterprise off to a cracking start.

The show is well cast with Madeleine Worrall’s Cinderella making the most of what is normally the worst part in the show. Joseph Millson’s preening Prince Charming (he even strips and takes a shower) sends himself up with abandon. Paul Keating (looking like a young Stanley Baxter) is likeably dotty as Buttons with a difference. Matthew White and Penny Layden make a nutty royal family and Debbie Chazen is a suitably wicked stepmother. Her charges Hal Fowler and Mark Lockyer as Dolce and Gabbana are hilarious and as politically incorrect as you can get. Sandi Toksvig keeps the story on the move as she appears out of cupboards, in a box and from the orchestra pit. And Pauline Collins flies in and out to advantage as the Fairy Godmother. Fiona Laird’s production could well be the best London pantomime this season. For sheer entertainment value, it is unbeatable.