This concert was advertised as ‘Mirga conducts Brahms’, but duly became ‘Christoph conducts everything’ when Christoph König took over from the orchestra’s indisposed Music Director for this unlikely though effective programme. 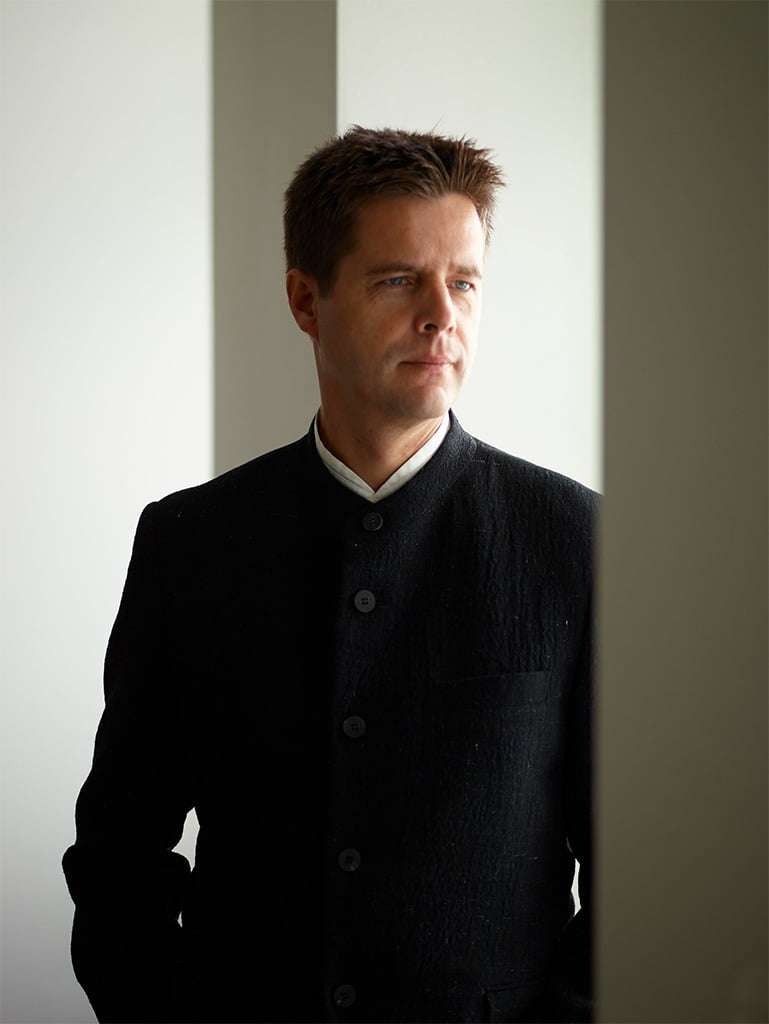 König can hardly have been familiar with the Part-Songs by Elgar (1894 – texts by his wife Alice) that began proceedings, but his reading was nothing if not idiomatic – bringing out the wistfulness of ‘The Snow’ then the lithe elegance of ‘Fly, singing bird, fly’ with assurance. The textural richness of these 1903 orchestrations marginally detracted from the contribution of the vocal element, which is not to suggest the CBSO Youth Chorus (prepared by Julian Wilkins) was other than admirable in its response.

A pity the chorus had no other role this evening, particularly as it might have enhanced the overall impression of Jörg Widmann’s song-cycle Das heiße Herz (2013), here in its 2018 orchestration co-commissioned by the CBSO, which focusses on affairs of the heart from a frequently youthful, even childlike perspective. Such is evident in the sing-song jejunity of the vocal writing, akin to a cantus firmus that leads a path through some diverse and often dislocated textures. Most of these eight settings are succinct in length and epigrammatic in nature, while two more extended numbers act as focal-points: the fifth song, ‘Jealousy’, with its intensifying anguish and agitation; then the final song, ‘Lonely shall I perish’, the voice wondering across a desolate landscape before achieving the most fatalistic of benedictions.

Hardly affirmative music, then, but never dreary or uniform in its impact – thanks, not least, to the presence of baritone Thomas E. Bauer and his rendering of the vocal part with such force of personality. König, too, secured an impulsive response from the CBSO in music by a composer with whom it has worked productively in recent years – relishing the dynamism and (only occasionally self-conscious) charisma of Widmann’s orchestration. Whether this piece adds up to something more than the sum of its best parts must await further hearings.

Fatalism of an altogether more benevolent kind typifies Brahms’s Third Symphony. Considered the most challenging technically of his cycle, it is equally the most ambivalent as to overall mood. Never wanting for clarity or definition, the opening movement seemed a little too understated – at least until underlying tension moved up a gear in the development, prior to a magisterial lead-in to the reprise then a coda whose fervent eloquence might almost be thought Brahms’s response to Wagnerian transcendence.

There was little with which to find fault in the other movements – certainly not an Andante whose autumnal rumination went hand-in-hand with a disarming poise, and while the outer sections of the ensuing intermezzo felt a shade stolid, the whimsicality of its trio was ideally conveyed. Trenchant and not unduly headlong, the final Allegro unfolded purposefully and with manifest conviction toward a conclusion in which the work’s defining motif is recalled as though from a great emotional distance: its unalloyed radiance tantalisingly out of reach.

This concert also marked a final appearance of David Gregory with the orchestra, whose first violin section he has been part of for over 42 years, and thus a final link with the era of Louis Fremaux as can be read about in Richard Bratby’s lavishly illustrated new book Forward: 100 Years of the City of Birmingham Symphony Orchestra (Elliott & Thompson). The present-day CBSO is back in action next month when, inter alia, it should be re-united with Grazinyte-Tyla for the testing assignment of Mahler’s Symphony of a Thousand.