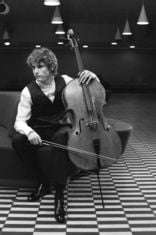 The City of London Festival takes its well-chosen concerts to the many architectural sites of interest lurking beneath the tower blocks in London’s Square Mile. For three weeks, the packed schedule contains hour-long early-evening recitals given in the City’s churches, focussing on BBC Radio 3 New Generation Artists.

Andreas Brantelid and Katrine Gislinge gave this recital in St Sepulchre-without-Newgate, a church damaged in the Great Fire but rebuilt by Christopher Wren’s masons. It is the City’s largest church, save for St Paul’s Cathedral, and contains the ashes of Sir Henry Wood, along with a Musicians’ Book of Remembrance.

Schumann’s Adagio and Allegro was a hugely affirmative way in which to start, and was given a spacious performance that drove forward urgently once into the faster music, Brantelid’s broad tone projecting well through the resonance of the church. 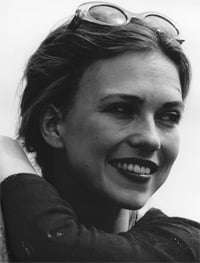 There followed the UK premiere of Stefan Lindgren’s Scherzo, a ten-minute piece written for Brantelid in 2008. Though this was presumably written with a scherzo-trio structure in mind, the piece is rather too stop-start, with thrilling presto passages broken up by slow, broad strokes of the cellist’s bow.

The performers started at opposite ends of their registers, Gislinge’s fluttering figures descending to meet Lindgren’s full-bodied low notes, at which point it felt as if the piece proper had begun. The composer’s references to tonality moved from a powerful unison C between the performers to faster moving harmonies that left the points of reference behind. As a way of creating momentum and weightlessness this was extremely effective, though difficult to reconcile as part of the whole.

Gislinge was particularly responsive in her accompaniment, a feature that characterised a rich interpretation of Chopin’s Cello Sonata. This piece, one of the few by the composer to include an instrument other than the piano, does nonetheless put the cellist and pianist side by side, rather than as soloist and accompanist. Though Gislinge was at times quite heavy in fortissimo passages, this suited the large acoustic.

The pair had a clear understanding of the piece, and brought particular pleasure with their handling of the second theme of the opening movement, the tempo slowing beautifully in preparation, before Brantelid slipped into a dreamlike state. As well as communicating the elusive tonality Brantelid and Gislinge did well not to weight their performance too heavily towards the first movement, which with its exposition repeat (included here) is as long as the next three combined. Thus the scherzo had plenty of verve, though its meter was occasionally elusive, and the Largo a most appealing charm. In the finale, when the affirmation in the major key was finally reached, there was a real sense of homecoming.

In Brantelid’s well-chosen encore we stayed in G for a tender performance of Saint-Saëns’s ‘The Swan’ from The Carnival of the Animals.