The City of London Festival is continually inspiring in its use of the capital’s architecture in conjunction with music. St Stephen Walbrook is a Christopher Wren church, its dome built as a prototype for St Paul’s Cathedral. It makes a stunning setting for a concert, the audience forming three-quarters of a circle completed by the performers.

Inevitably churchly reverberation plays a part in the received sound, but was here carefully accommodated. The Aronowitz Ensemble, in this early-evening recital, although losing some definition in faster passages, was always mindful of clarity. 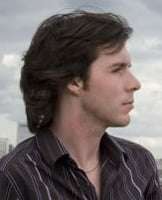 In Contours, Gwilym Simcock was busy intertwining elements of classical repertoire with his instinct for writing jazz music. Written for piano and string sextet, the work adopts a classical design in that it had a clearly shaped and structured thematic approach, but expressed itself in rich harmonies and syncopated rhythms.

Simcock is a natural chamber musician, an aptitude that comes from his classical education. He writes well for strings, also, with a Ravelian slant to his harmonies, first violinist Magnus Johnston enjoying several solos of a chromatic bent. And while the piano was by nature the dominant interest this too was carefully regulated, and several episodes for solo strings in the middle of the 15-minute piece enjoyed a weightless sonority. 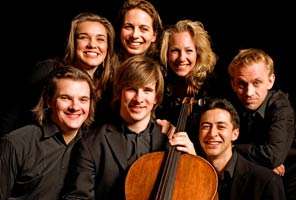 The nocturnal feel to the work was encapsulated in the coda, which felt as if it had come straight from Harlem. As at the start Simcock lent into the piano and played the strings themselves, before beating out a syncopated rhythm, on the soundboard presumably on the soundboard. With Johnston’s bluesy violin in affected counterpoint, this was a remarkably evocative picture with which to end. A shame, then, that BBC Radio 3 will not be broadcasting this performance until 30 January 2009, for Contours is a piece well worth revisiting.

So, too, will be the Aronowitz performance of Mendelssohn’s B minor Piano Quartet, uniting two themes of this year’s City of London Festival in its dedication to Goethe. This interpretation emphasised its ‘Sturm und Drang’ characteristics; all the more remarkable for having been written when the composer was fifteen. A driving scherzo lost nothing in clarity, quite an achievement for the definition of line achieved by pianist Tom Poster, while the first movement was brooding, unrelenting in its minor-key severity under violinist Nadia Wijzenbeek. The mood was unabated also in the finale, in which Poster drove the performance at quite a lick, maintaining a precision to the lively counterpoint with the strings.

To open was an affectionate account to the ‘Prelude’ (scored for string sextet) to Richard Strauss’s final opera, Capriccio, achieving lyrical warmth together with a relative lightness of texture. Fortunately we didn’t hear too much from the cement mixer placed directly next to the church, which only came to life towards the end of the Simcock – another aspect of London life!