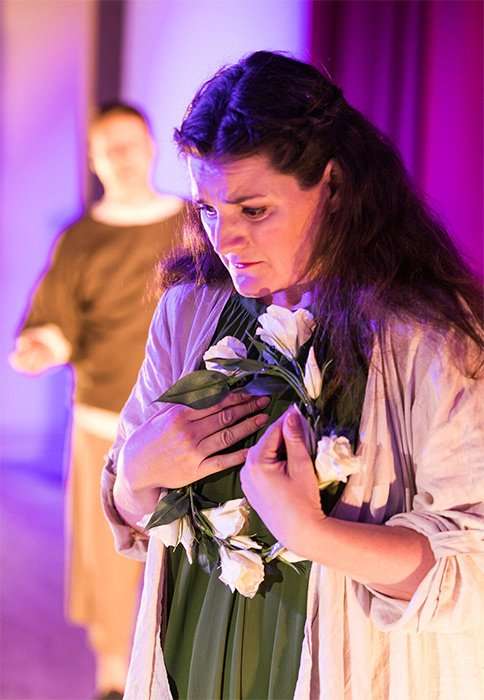 This was a cleverly devised programme, adopting the by-now-established routine of Classical Opera’s Mozart 250 project in profiling works from a given year in that composer’s life (here 1767). On this occasion three disparate pieces – never intended to have any connection, despite their chronological proximity – into a dramatically and musically convincing whole.

Questions of authenticity over the ‘Lambach’ Symphony (not officially numbered, but in Köchel’s catalogue nonetheless) were only settled a few decades ago with the discovery of its manuscript where attribution to Wolfgang Amadeus is accredited in Leopold’s handwriting. It was rather cheery to serve as the ‘overture’ to Grabmusik (Grave Music) which followed immediately; but in the eighteenth-century composers were rarely worried about matching the thematic material or mood of an instrumental prelude to a drama in the way that they became accustomed to doing following Beethoven’s ‘Leonore’ Overtures (or perhaps The Abduction from the Seraglio at the earliest, to give Mozart his due). In any case the Symphony’s three-movement form precisely conformed with the structure of many a Sinfonia prefacing a stage-work. Thomas Guthrie’s production started in the second movement of the Symphony with a ritual procession of figures towards an altar centrally placed on the stage, upon which a shrouded, diminutive body was placed, in readiness for Grabmusik.

In the boisterous account of the Symphony’s first movement under Ian Page’s direction, the solid melody – unusually in the bass part – did not emerge clearly enough amidst the frenetic, hectoring textures which it underpins but alacrity obtained otherwise, and solemnity in the more integrated slow movement.

Grabmusik is a dramatic cantata for Holy Week in which a Christian soul – sung vociferously by Benjamin Appl – contemplates the dead Christ and bewails the scandal of the incarnate God being put to death, until the Angel points out that, although it is the sins of such a soul which mortally wounded Christ in the first place, those same wounds will also atone for those transgressions. Gemma Summerfield was the Angel, at first amply admonishing, then consoling, as she wrested the enshrouded figure from the anguished Soul who had removed it from the sepulchral altar in mournful devotion.

Pairing that allegorical Christian work with Apollo et Hyacinthus, the re-telling of a pagan mythological story about the killing of the latter, bore unexpected connections in that both dramas concern the death of a young, revered figure whose subsequent transformation raises them to the status of the super-human, even if in Grabmusik Christ’s Resurrection is only implied; so as to be saved from Hades, Hyacinthus is preserved for eternity in the form of the flower bearing his name. St John’s Smith Square also proved an ideal setting since in this former church the audience is seated in the nave facing eastwards towards where the altar would have been, and so the ritualised aspect of Guthrie’s productions, both centred upon an altar themselves, cohere with that arrangement. 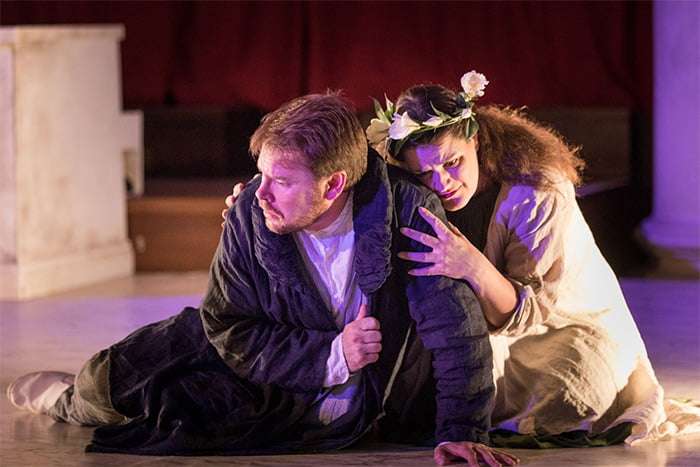 Discounting the sacred singspiel Die Schuldigkeit des ersten Gebots (staged by Classical Opera earlier this year) Apollo et Hyacinthus is usually regarded as Mozart’s first opera – although it was written by the eleven-year-old to be interspersed among the parts of a longer, didactic Latin drama which was mounted at the grammar school in Salzburg which was an adjunct of the university. All the singers at the premiere were teenagers or younger, except for the creator of Oebalus, who was a ripe twenty-two-year-old student. The text by Rufinus Widl (one of the schoolmasters) toned down the homosexual (or homosocial) love interest of the original story in Ovid by transferring the object of Apollo’s affections (and Zephyrus’s jealous attentions) from the boy Hyacinthus to his sister Melia.

Gemma Summerfield was rather forceful as the pubescent youth, making him seem more like a vengeful heroine, even harridan, than an innocent lad; a more Cherubino-like levity would have been nearer the mark. In contrast Klara Ek’s Melia exemplified greater sparking charm, not least in her aria ‘Laetari, iocari’ in which she welcomes the prospect of marriage with Apollo. In the latter part Tim Mead combined his characteristic clarity with a more urgent, dramatic vigour that stood up well in his altercations with Melia as he is accused of murdering Hyacinthus. James Hall sounded suitably sly and wily as Zephyrus as he tries to convince the others of Apollo’s guilt, whilst Benjamin Hulett achieved lyrical beauty as King Oebalus, both as he leads the sacrifices to Apollo, and later on as he mourns his dead son.

Ian Page sustained considerable energy and momentum across the sequence of arias, several of which are lengthy da capo ones. Although there might have been greater variation in character and tempo, this performance still persuasively argued the case for an inventive stage-work that holds its own against those by more mature composers in the middle decades of the eighteenth-century – Oebalus and Melia’s duet ‘Natus cadit’, adapted by Mozart later in 1767 as the slow movement of his Symphony No.6, is surely one of the loveliest thing composed by any musician in that period until Mozart himself superseded them with his greater dramatic achievements.