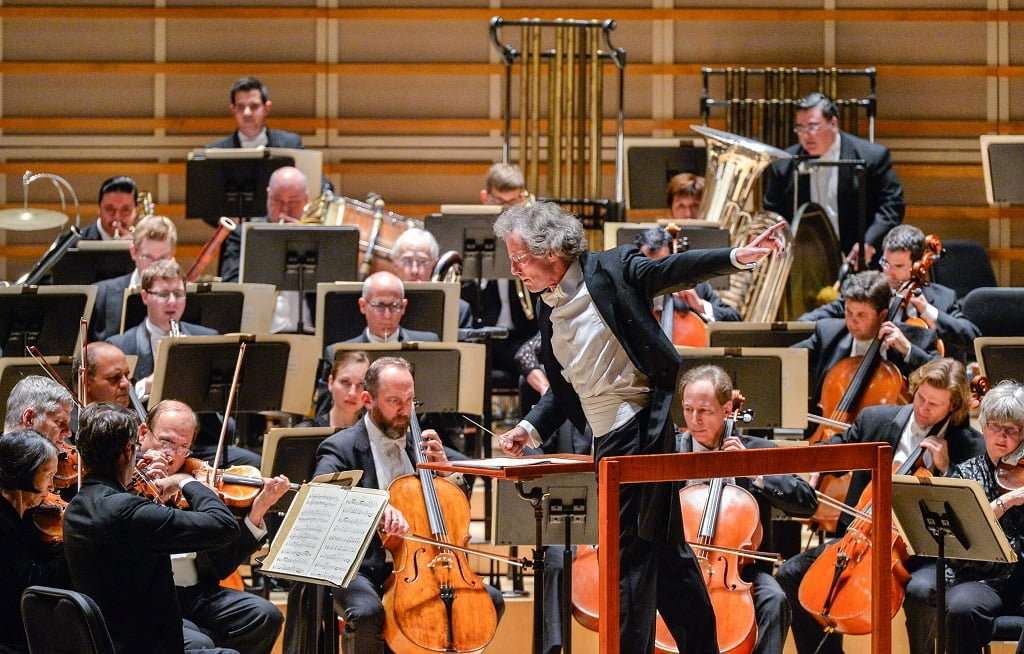 Orchestras often showcase their violin and cello principals in Brahms’s Double Concerto. I have attended several such performances, but this by the Cleveland was the best of the lot. Mark Kosower’s cello sang out with an exceptionally resonant tone in his opening solo, and William Preucil’s violin, voicing a second idea, was equally eloquent. Franz Welser-Möst drew idiomatic sounds from the Orchestra, partnering adroitly with the soloists, who navigated with virtuosity through the intricately scored opening movement. Announced by horns and woodwinds, the lullaby-like Andante was simply gorgeous. The performers brought out the humorous spirit of the gypsy-tinged Finale, Kosower surging forward with the principal theme, Preucil echoing the cello. The music’s charm emerged unfailingly.

The Brahms was framed by two Prokofiev works from 1929, each incorporating earlier material. Two of the four movements of Divertissement were adapted from Trapèze, a never-performed ballet score written for five instruments that was subsequently lost, and the Third Symphony is extensively based on the opera The Fiery Angel, which Prokofiev did not live to see performed in its entirety. Despite these similarities, the two works are wildly different, although each speaks in Prokofiev’s inimitable style. 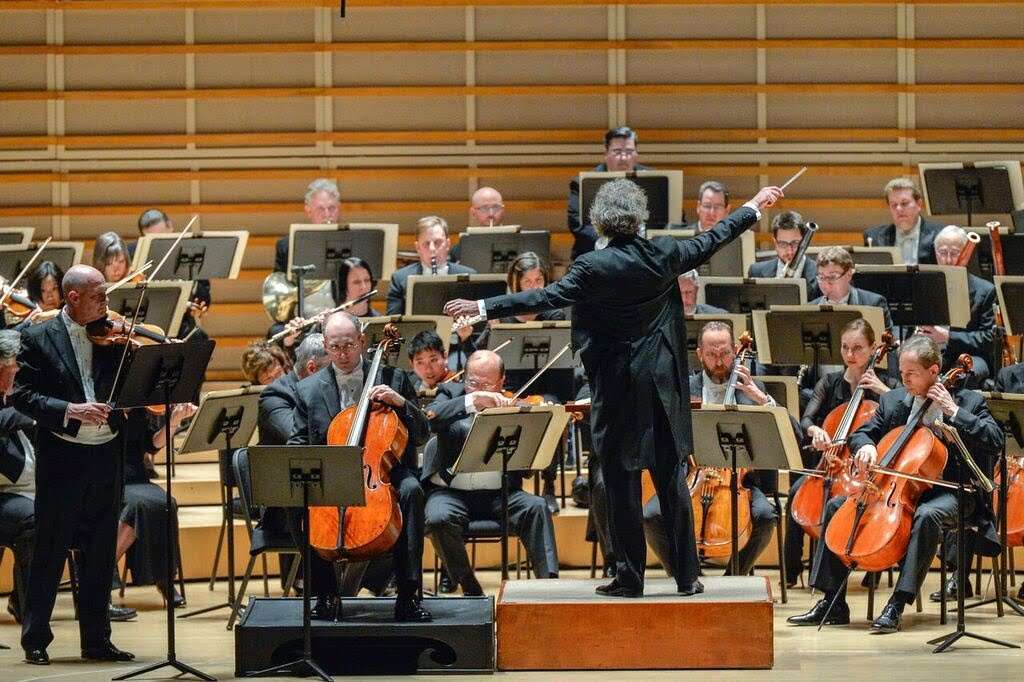 In Divertissement, the Clevelanders did not allow the heavily rhythmic material in the opening Moderato and third-movement ‘Dance’ (the two adapted sections) to negate the light-hearted spirit that the work’s title suggests. The Larghetto featured lovely solos on flute and violin, the latter ably performed by Peter Otto, who occupied the concertmaster’s chair. Although the ‘Epilogue’ felt more symphonic than the preceding movements, Welser-Möst kept the brass’s contributions more humorous than serious, and by speeding up the whirling violins he maximized the cleverness of the sudden ending.

The concert concluded with a no-holds-barred account of the Third Symphony that bristled with excitement from the initial clanging bells to the deep tremolos that underlie the ultimate chords. In the opening Moderato, the violins’ interplay with horns and brass was fascinating, with high-pitched interjections from flute, piccolo and trumpets. The brass was terrific as it broke into a jaunty, sardonic march, with accented rhythms, ultimately resolving into a return of the powerful opening motif that began the Symphony and then dying away with Jonathan Sherwin’s contrabassoon solo.

The inner movements proved showpieces for the Cleveland strings. In the Andante, muted lower instruments introduced the main theme, but as the level of excitement rose, sensations and glissandos dominated, with Otto again contributing a lyrical solo. The playing was even more spectacular in the agitated Scherzo in which, after initial figures on violins and violas, all the strings (other than double basses) are subdivided into three parts, playing in intricate counterpoint. Bass-drum beats and a lovely flute solo lead to a contrasting Trio that included excellent solos on clarinet and trumpet.

In the Finale, Welser-Möst unleashed even greater power with strong string chords and brass-choir melodies interlaced with percussion strokes. A passage with bassoon and contrabassoon accompanied by persistent chattering trumpets briefly injected a satirical touch. Tension was cranked up again leading to a shattering discord. The concluding brass chords over drums and weighty strings left the audience in stunned silence until Welser-Möst finally lowered his hand.

As a prelude to the concert, five members of the Cleveland Orchestra performed two movements each from Prokofiev’s Sonata for Two Violins (Opus 56) and Brahms’s Horn Trio, Opus 40.