Beethoven
Symphony No.3 in E flat, Op.55 (Eroica)Shostakovich
Symphony No.6 in B minor, Op.54 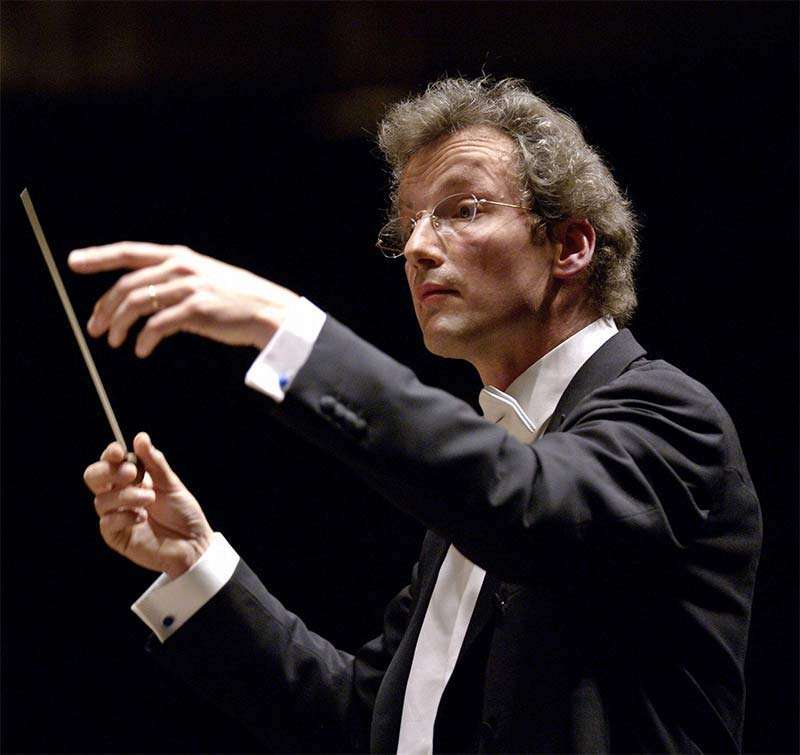 The Cleveland Orchestra’s “Fate and Freedom” series in Miami’s Arsht Center features two concerts on successive evenings, each pairing a Beethoven Symphony with one by Shostakovich.

The present two works were written when the composers were at about the same age and at somewhat comparable stages of their careers (they have almost identical opus numbers). Both were struggling to overcome threats to their vocations – Beethoven’s growing deafness and Shostakovich’s persecution by Stalin’s regime – but they dealt with those problems in quite different ways. The ‘Eroica’ took a revolutionary step forward from the classicism of Beethoven’s first two Symphonies, redefining and elevating the form. Shostakovich’s Sixth served to consolidate his return to official grace after the success of his Fifth Symphony, which he had apologetically subtitled “A Soviet artist’s reply to just criticism” (of his opera, Lady Macbeth of Mtsensk).

Franz Welser-Möst led a compelling performance of the Beethoven. In the opening movement, tempos were brisk, attacks precise and vigorous, and dynamics varied throughout Beethoven’s succession of innovative surprises. Especially effective were fugal string passages, the unconventional introduction of a poignant theme during the development section, and the vehement overruling of the horn’s seeming-misstep at the start of the recapitulation. The ‘Marcia funèbre’ started achingly and grew in intensity as it unfolded, the strings sounding glorious and the woodwinds penetrating, with the dramatic focal point being Richard King’s magnificent horn solo. A richly intoned melody played by the cellos soon afterward was quite moving.

The Scherzo was rollicking, the three horns delightful in the Trio, and the sudden onset of the Finale quite stirring. Its set of variations on the composer’s ‘Prometheus’ theme is among his most ingenious. The strings were marvelous in intricate passages. There was real excitement in the whirling, dance-like passages, horns, trumpets and timpani providing punctuation. Metronomic two-note figures traded by flute and strings created suspense that was relieved by the onset of the coda, which brought the work to a rousing conclusion.

After intermission came a luminous reading of Shostakovich’s Sixth Symphony (1939), which is somewhat unusual for beginning with a slow movement, marked Largo and accounting for at least half of the work. This intensely emotional music inevitably invited comparison with the ‘funeral march’ just experienced in the ‘Eroica’. Shostakovich’s expressions of pain felt less solemn and bearing greater traces of optimism – an outlook soon dashed by World War Two, which broke out just as the Symphony was being completed. The deep, rich cellos were marvelous in the opening passages, which feature intricate counterpoint for the strings and an excellent contribution from flautist Joshua Smith. Among other noteworthy sounds as were a beautiful passage for the violas, an excellent English horn solo by Robert Walters, soft muted trumpets and deeply rumbling double basses, and a fine solo by Linnea Nereim on bass clarinet just before the movement’s quiet ending.

After allowing a few moments for the audience to get settled after the intensity of the opening movement, Welser-Möst launched into the Scherzo, which opened with Franklin Cohen’s caustic clarinet solo and featured sweeping up-bows by the violins, cued each time by the conductor’s dramatic mimicking gesture. Horns, brass and percussion drove the music relentlessly forward, softening for solos on flute, piccolo and bass clarinet. The Presto finale was a mad gallop with quirky rhythms, furious double basses, trumpet fanfares and a lovely solo by concertmaster William Preucil. It felt like the circus parade Shostakovich surely intended.