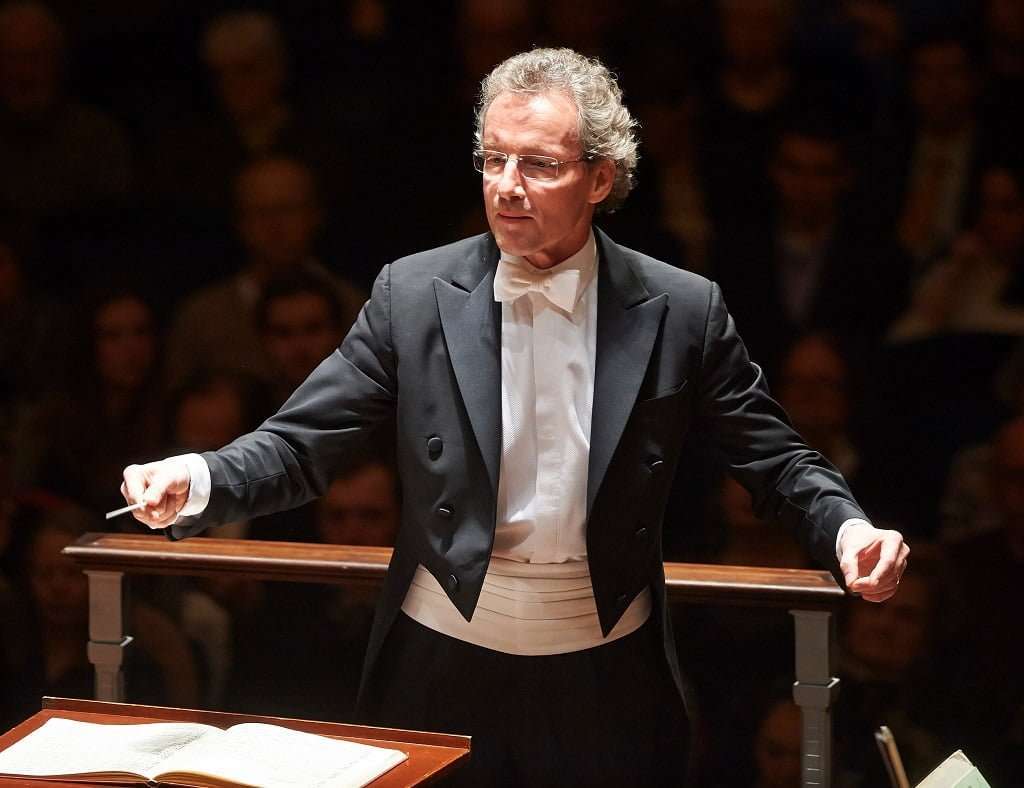 For this concert, part of the Lincoln Center Festival, Cleveland Orchestra music director Franz Welser-Möst chose two symphonies that might be considered to represent quintessential elements of summertime, the most popular season for communing with nature and escaping the rigors of work-a-day life with families in tow. Both Beethoven’s ‘Pastoral’ Symphony – which might depict a summer’s day spent reveling in the joys of nature, momentarily interrupted by a thunderstorm – and Richard Strauss’s Symphonia Domestica – which sketches a day in the life of the composer’s family, if not necessarily during summertime – seem aptly suited to this season.

The Clevelanders were undaunted in precision and vibrant in tone in meeting Welser-Möst’s challenging demands, particularly extremely rapid tempos at the end of the exhausting Strauss. A brilliant sheen emerged from the violins; the brass resounded with robust splendor, never over-extending their power; and woodwinds were uniformly bright, clear and colorful. But notwithstanding the impressive technical prowess, the aesthetic character of the music often suffered, beginning in the first two movements of the ‘Pastoral’.

The opening theme of the Beethoven was cheery and light-hearted, but what should be a restful and stress-free atmosphere was replaced with relentless agitation, and occasional Luftpausen seemed out of place. Repetitive string figurations that should create a feeling of repose were like the whirling of mechanized gears that drove the music forward without relief. Essentially the same treatment of tempo pervaded the second movement, with unwanted tension that obliterated the music’s gently flowing character.

The rest was rendered in a style more in keeping with the program. In the Scherzo, perky woodwinds sported agilely through the country-folks’ gambol. The contrasting, boisterous dance-music was extremely heavy-footed, though, emphasizing the sforzandos that reinforce each measure’s first beat. After a rather moderate ‘Storm’, the finale went well, at last eliciting some measure of Gemütlichkeit that was otherwise missing.

Despite its homespun, sometimes raucous humor, tender evocation of loving parents and riotous scenes, Strauss’s Symphonia Domestica (1903) is probably the least performed of his major orchestral works. Yet it gives us a rare opportunity to experience a musical depiction of family life that is neither sanitized nor idealized. Strauss and his wife Pauline engage in raging argument and their son in rambunctious behavior. In the third of its connected four movements, a sensuous love scene caused several critics to complain that it was “in bad taste” and suffered from “bombastic immodesty.”

Domestica’s first movement (more an introduction) presents several motifs for each of the characters, but Welser-Möst treated much of it rather perfunctorily, without sentiment, affection or special description. In the second movement, depicting parental happiness mixed with childish playfulness, concertmaster William Preucil’s exquisite solo passages relieved seamless stretches of what is the musical equivalent of blank verse. A frenzied treatment of the ‘Childish Games’ section, with chilling shrieking from high woodwinds, led to a surprisingly hurried reading of the tender ‘Cradle Song’.

The Adagio third movement opens with the composer disturbed by his wife, their dreams of blissful happiness and worrisome problems depicted in a love scene that concludes with the clock striking seven in the morning. After a rather mechanical and charmless beginning, Welser-Möst raced through the music, its impassioned expression whizzing by without much notice. An outpouring of gorgeous lyricism from the violins embellished the ‘Dreams and Worries’ segment that followed. As the music became more intense, the pacing increased, the frenetic climax pierced by tormenting discords in the brass. The conductor seemed to become more deeply involved in the musical aesthetic. Yet he might have made more of the sudden jolt that opens the Finale, but the pace soon quickened, and the music became overwhelmingly loud and raucous with every imaginable combination of the family’s motifs. The brass shone forth to begin the final peroration and Welser-Möst kept upping the ante by increasing the tempo to a wild frenzy, driving the orchestra to such a fever pitch that the music all but caught fire.

Yet the restful atmosphere that makes Beethoven’s ‘Pastoral’ so appealing and the tender expressions that imbue the Strauss, were swept aside by long stretches of cool detachment and countered by rabidly hyperactive tempos that made the head swim.