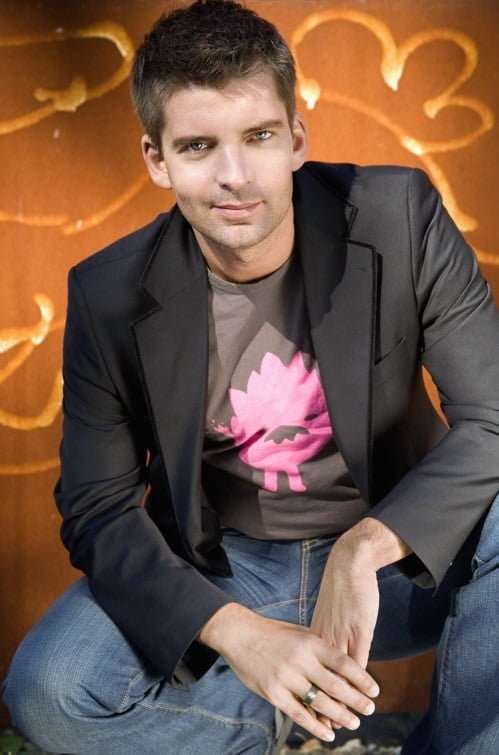 One look at the programme foretold that this would be a thrill-ride of an evening in Severance Hall, a concert featuring a world premiere, some truly virtuosic works and a pianist of international renown.

Matthias Pintscher (born 1971) was the Daniel R. Lewis Young Composer Fellow with the Cleveland Orchestra from 2000 until 2002. His new work is based upon a piano piece which he wrote for a friend’s 80th-birthday in 2004, this expansion dedicated as a memorial to his mentor, takes E flat as a central note and spreads out in shining rings from there. Scored for and taking full advantage of a large orchestra, unlike other works by Pinscher, which reference Greek and Egyptian mythology, this one is left to each listener’s interpretation. There is nothing regular or familiar about it because it is built upon very intricate blends of solo instruments which are then echoed and woven throughout the full complement of sections.

The lower-case idyll begins with low sounds in the percussion and then a solo passage from the alto flute that floats into the violins. Similar solos come from contrabassoon, horn and flute, and then the full ensemble expands upon those. In the midst of this is a brilliant, free-rhythm cadenza from the piano, wonderfully played by Joela Jones. Finally, faint waves: three tam-tams being brushed, as stated in the score, to illustrate the “deep profound quiet of the sea”, and then things come to a peaceful close. idyll is an interesting work, but is too long for the material. Pinscher was present. He will also be on hand with Franz Welser-Möst in Munich for idyll’s European premier on 30 October. 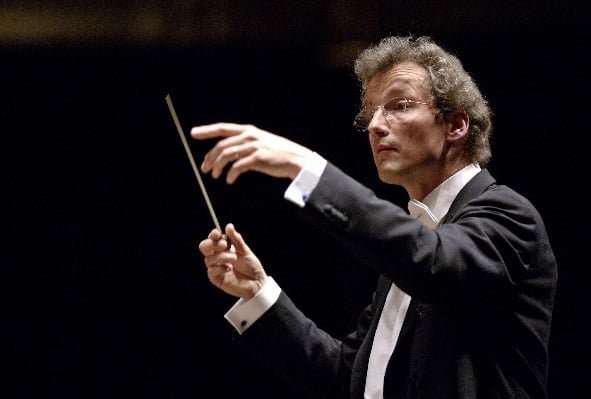 Chopin’s Andante spianato and Grand Polonaise Brillante found Lang Lang at home: light, playful, and delicate. The Andante is a filigree of dreams spun into a nocturne; it is no accident that Chopin included spianato – smoothed out – in the title, and then also included tranquillo as reinforcement. Lang Lang plays with a slightly bemused expression on his face, the consummate showman (who else would wear black patent dress shoes with bright red stripes?) but he never departed from the true beauty of the composer’s intent. As for the Polanaise, he presented its brilliant and engaging character, showing himself a great technician and musician.

The second half opened with Richard Strauss’s Burleske for piano and orchestra. The theme is presented by the timpani – played by Paul Yancich – while the pianist trades brief phrases with the orchestra. Lang Lang watched and smiled at the section leaders as his playing intersected with theirs, but he was just waiting for that moment when Strauss allows the pianist to take the spotlight and run, and off he went, tossing off the fiendishly difficult phrases as if they were mere exercises. His touch was sure and strong, exquisitely delicate in the soft passages, yet he never overpowered the orchestra.

Till Eulenspiegel’s Merry Pranks showed how much the Cleveland Orchestra inhabits this music. It unfolds like a child’s pop-up book, each page in the story intricate and colorful. We meet the young rogue, Till – in the person of a horn solo – and tag along as he wreaks havoc in the village and countryside until he supposedly meets the ultimate punishment on the gallows, though we hear his theme repeated and know that our little hero lives on!