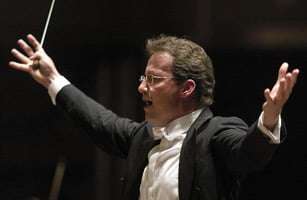 In 2005, the Cleveland Orchestra and Franz Welser-Möst played Mahler’s Third Symphony at the BBC Proms. It was astoundingly good. Rarely has the symphony been performed with such inspiration and understanding. So this concert was not to be missed. In London we get wall-to-wall Mahler, and many of the performances are pretty routine.

However, the Cleveland Orchestra and Welser-Möst are exceptional. Nowadays, everyone thinks they ‘know’ Mahler, but Welser-Möst challenges assumptions. His approach grows from understanding the essential spirit of the Mahler’s music. It is not called the ‘Resurrection’ for nothing. Far from being obsessed by doom and gloom, Mahler’s ‘primeval light’ is a force so powerful that it defeats death by bringing eternal life. “Sterben werd’ ich, um zu leben” (I die in order to live), writes Mahler. Welser-Möst has intuited a central meaning of the piece, his interpretation evolving from observing the score, and the relationship between ideas in the text and orchestration. Mahler’s images of light and ascension were written for a purpose, which this performance highlighted. The playing was lucid, letting the diaphanous textures shine so each detail was clear and distinct, serving its purpose in context. This was no lumpen, earthbound reading, for Welser-Möst and the Clevelanders understood the symphony’s essential spirituality. The final movement seemed to lift off and soar.

What also impressed was Welser-Möst’s sense of the symphony’s direction, which is structured towards its final resolution. The opening Allegro maestoso may be a funeral march, but it doesn’t end in burial, but morphs into a kind of pilgrimage with a clear, glorious goal. In this performance the outcome was never in doubt, however subtle. Darkness was achieved not through overwrought histrionics, but through sepulchral, rich timbres and refined, understated playing. The doubles basses and timpani enriched the impact of the ostinato ‘footsteps’, so that the violin solos shone out. The lyricism of the winds hinted at what is to come and the incisiveness of the brass added urgency. At the end the deflationary diminuendo was spirited: no mood of defeat here. 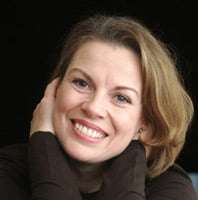 Bernarda Fink’s ‘Urlicht’ rose out of the hushed atmosphere, her voice steely with determination. The depth in her voice added gravitas: not even an angel can stop this pilgrim. The mezzo-soprano carries most of the vocal part, but Malin Hartelius’s higher voice added light and combined well with Fink and the choir. The City of Birmingham Symphony Chorus was good, but the orchestral playing was so excellent that it was naturally stronger.

Ten years ago, when Welser-Möst was based in London, he was bullied. He went on to Zurich, where he was respected, and this summer was named Music Director of the Vienna State Opera. It proves that ‘pack wisdom’ isn’t wise and London lost out. Great orchestras like Cleveland need conductors with insight and originality to keep them at the top of their game. This performance was evidence that the Cleveland Orchestra has this with Welser-Möst.