The Cleveland Orchestra remains one of America’s most distinguished and outstanding orchestras, sporting a string sound that is one of the most warm and pleasing, more central-European than American, and a wind section that somehow manages to blend individual instrumental sonorities of very strong character into pleasingly euphonious ensembles.

It’s a pity, however, that the present performance was for the most part bland, bloodless and generic.

Beethoven’s Coriolan Overture was played with requisite precision, but somehow Franz Welser-Möst managed to drain the entire work of any sense of drama, portent, and tension. The performance might have taken flight were it not for flaccid articulation of the more hard-charging music. 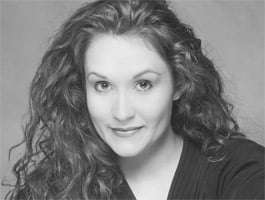 The Symphonic Suite that Alban Berg made from his opera “Lulu” suffered from similar problems, not to mention that little factor called ‘bad timing’: Fabio Luisi had conducted a string of well-received performances of the complete (and completed, by Friedrich Cerha) opera at the Metropolitan Opera in recent weeks. Yes, every note was in the right place, balances were clear, and accents were more in evidence. Erin Morley began ‘Lulu’s Song’ with a deceptively light voice whose sudden shifts from innocence to haughtiness and back underscored one of the most prominent conflicts within Lulu’s character. Some moments were delicious: the flashes of faux-Ländler within the ‘Variations’, and the latter half of the final Adagio, most notably the unsettled music following the notorious murder scene.

Welser-Möst adopts very brisk tempos in the ‘Eroica’, most notably in the first two movements. The opening two chords seemed brusque and breathless, and the manic tempo seemed to slacken a little after the opening phrase; Welser-Möst’s less-than-subtle tempo shifts for a few of the movement’s many themes did little to elucidate its sprawling sonata-on-steroids form, instead sucking the momentum out of it. The ‘Marche funèbre’ came across more as a meditation on a funeral march than a solemn procession, and much as I would quibble with the ‘sounds too beautiful’ interpretative approach, it provided a welcome opportunity for the orchestra’s sections and principal players to shine. The scherzo was a model of efficiency if not quite bold enough, and the theme-and-variations finale was again beautifully played but a bit too civilized.

I was left with the impression that Welser-Möst is doing a good job of getting disciplined, precise playing, but the present concert leaves me asking the very same question which crossed my mind following his past performances with the Cleveland and London Philharmonic: does he have anything to say about, or bring to, great music?