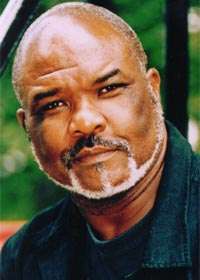 The Brodsky Quartet has been involved in many collaborations over the last 20 years (not least a revelatory performance with the Icelandic singer Björk at London’s Union Chapel a decade ago), and this concert with Sir Willard White followed very much in that line of thinking. Indeed, if one has to refer to it as ‘crossover’, then it is of the most creative kind. The programme itself focused in part on the 1950s’ collaboration (surely unique for the period) between Frank Sinatra and the Hollywood Quartet (Felix Slatkin, Paul Shure, Alvin Dinkin and Eleanor Aller), with the resulting album, “Close to You”, being a conceptual song-cycle such as marked a significant shift of direction for, then, the world’s leading popular singer. 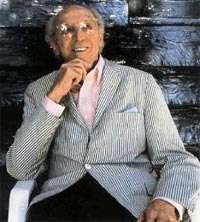 The evening began classically enough with Two Pieces by Aaron Copland – a rapt and intense Lento molto (1928) whose even pacing and folk-tinged harmonies anticipate the populist composer to come, along with the 1923 Allegro moderato whose deft note-play on the name of Gabriel Fauré and its unbridled rhythmic syncopation exude an air of Parisian sophistication. Even more attractive is Lullaby (1919) that must be George Gershwin’s earliest extant instrumental work; a little prolix, maybe, in the handling of its modest thematic material, but written with a feeling for the medium to make one regret the composer never essayed a string quartet.

Both works were expressively rendered by the Brodsky musicians, who were then joined by Willard White for a brief but effective suite from “Porgy and Bess” – given with unfailing feeling for the music, especially with the instrumental accompaniments idiomatically arranged by Paul Cassidy. Two of Copland’s “Old American Songs” (1950) followed on naturally in context – White keeping the sentiment of ‘Long Time Ago’ well within limits, while making the most of the keen political satire that informs ‘The Dodger’. Nor was he any less attuned to the musing but impassioned introspection of Samuel Barber’s 1933 setting of Matthew Arnold’s “Dover Beach”; enthusiastically commended by none other than Vaughan Williams, and which has remained among the composer’s most enduring works. 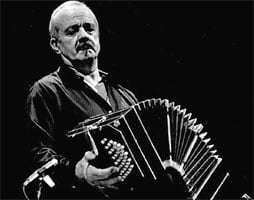 The evening’s second half commenced with Astor Piazzolla’s contribution to the quartet medium – his Four for Tango (1987) a typical late work in its frequently elastic treatment of the pervasive tango rhythm and its incisive textural embellishments. Quite a contrast to Poem, the slow movement of Benjamin Britten’s early String Quartet in F (1928) and which evinces a French influence (Ravel and also late Fauré) in its calm and limpid restraint. Rather more familiar Britten came next in two items from his first set (1943) of English folk-song settings – the touching wistfulness of “The Ash Grove” and the robust humour of “The Foggy, Foggy Dew”, whose lewd undertones were not passed over here.

All of which led neatly into the final selection, which included three of the Sinatra/Hollywood Quartet collaborations – the urbanity of the Jerry Livingston/Carl Lampl/Al Hoffmann standard “Close To You” (1951), the suavity of the Johnny Mercer/Gordon Jenkins classic “P.S. – I Love You” (1934), and inimitable sophistication of the Jerome Kern/Herbert Reynolds “They Didn’t Believe Me” (1914) – along with Elégie (1869) by Jules Massenet, all given with a sensitivity to remind one that White is no less at home in recital as in opera, and each idiomatically arranged by members of the Brodsky.

White ended the programme with two calling-cards – the heady emotion of “Jamaica Farewell” preparing ideally for the Claude François/Jacques Ravaux song “Comme d’habitude” that Paul Anka immortalised in 1967 as “My Way”, very different in its delivery from Sinatra but no less deeply felt or emotionally charged.

A programme that amply justified the time and effort no doubt required in putting it together was completed by two encores – another of Copland’s “Old American Songs” in the guise of the hilarious ‘I Bought Me a Cat’ (its vocal effects relished by White), and his rendition of Kern’s ‘Old Man River’ (from “Show Boat”: a song he has made his own through his many Paul Robeson tribute concerts, and whose grandeur of spirit filled Cadogan Hall to potent effect.