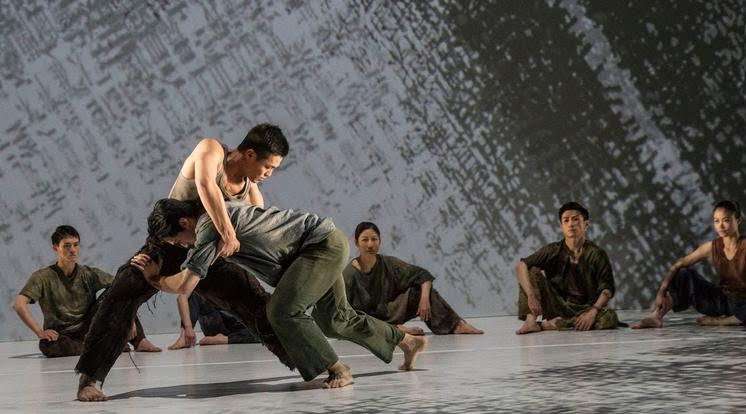 Cloud Gate is known for its rather contemplative, often slo-mo shows, a direct reflection of the deep Buddhist faith of the company’s founder and choreographer Lin Hwai-min. Lin has announced that he is to step-down in 2019 and that Formosa may well be his last new work for the ensemble; for that event, he has departed from his trademark style imbued with meditative and breathing techniques to create something considerably more vigorous, more contemporary. Certainly, those expecting a typical Cloud Gate evening would have been surprised as the dancers dashed across the stage, leaping and twisting; there are moments of stillness, of harmony, pose and balance, but this work is characterised principally by a rushed, headlong quality.

The entire undertaking is essentially a musing on Taiwan, formerly Formosa, known as the Beautiful Island, and its conflicting elements: of the past and modernity, of conflict and community, of water and rain, of traditions both lost and preserved. The starting point is the written word; we hear from the writings of several authors on the subject of the island in extract and read aloud in a recorded voice-over (with translation helpfully beamed above the stage), and see Chinese written characters which are projected in a multiplicity of sizes, shapes and forms onto the brilliant-white back wall and floor, which creates an often striking stage image – the words from poems and the names of places around Taiwan are used to build the landscapes in which the dancers perform. However, often the choreography does not seem to bear relation to the words spoken, which leads to increasing frustration for audience members who can neither speak nor read Chinese, and lines such as ‘Probe boats call the arrival of the mullet’ shed little light on what exactly is going on. The projections themselves can be arresting, as when white Chinese characters emerge from a night sky like stars or when seawater crashes at the back of the stage and seems to flow on across it, like waves tumbling up a beach. 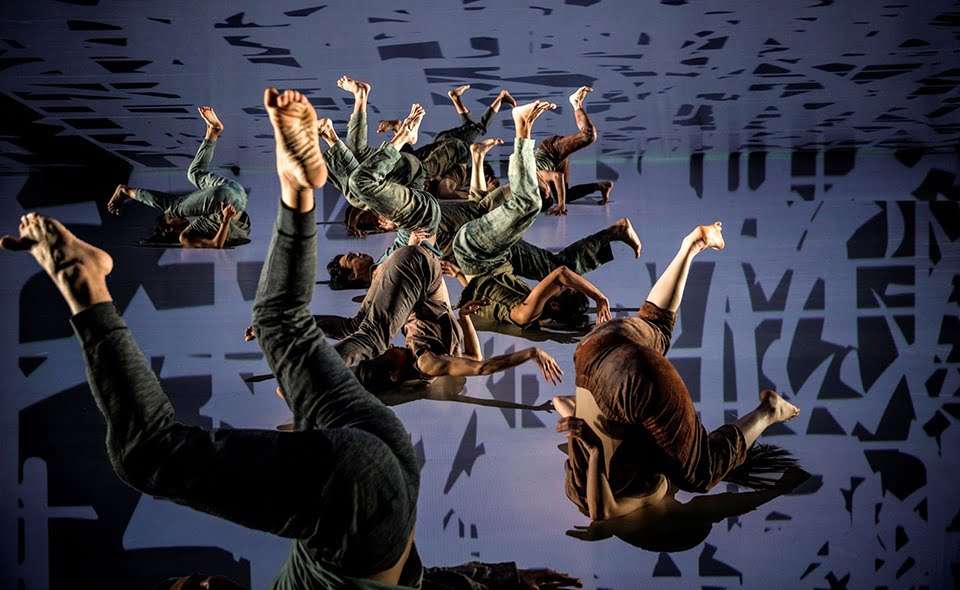 There are nine sections, although it is hard to discern many changes of mood or meaning without a change in the stage projections, and the incantations and murmurings of Sangpuy Katatepan Mavaliyw, the striking of traditional drums and cymbals or the playing of modern compositions which comprise the soundtrack are not always illuminating either. There is clearly great meaning infused in the movement, so it is with increasing frustration that one watches Formosa in a state of ignorance – there is simply not enough to go on to make it a rewarding experience. On an abstract level, the choreographic movement is not of sufficient interest or beauty in itself to capture the imagination or ravish the eye – the idiom is resolutely contemporary albeit inflected with clear Chinese influences. There is much stamping of feet, high kicking and leaping about, but the more graceful episodes are those which stay in the memory – gentle waftings of arms, slow motion shifting of weight and balance which are all accomplished with ease and beauty by the company’s excellent dancers. There are dramatic moments too, as near the end, when increasing tension gives rise to stylised but emphatically physical grapplings of mounting violence.

Formosa benefits from a novel and eye-catching visual aesthetic, a troupe of dedicated and expressive dancers and an interesting intellectual focus. However, it is too abstruse to satisfy fully, and the successive episodes of barely comprehensible action lead to an evening of diminishing returns.