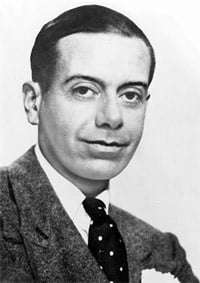 Somebody – it may have been Stephen Sondheim – once said that musicals are not written, they are re-written. And it appears to have been ever thus, even in the heyday of Cole Porter who turned out songs for musical shows at a terrific rate of dots. He was writing from early on in the twentieth-century for such shows as “See America First” (1916), which Porter wrote with T. Lawrason Riggs. It was described then as a ‘comic opera’ containing some thirty numbers, but at this great distance nobody can tell for sure what went in the show, what stayed in and what was cut out. There were five tryout performances out of town but when the show opened in New York half the numbers were cut and replaced by other songs written for other shows. The production ran for just fifteen performances and, although it showed promise, Porter left town and co-author Riggs joined the church.

Porter continued writing songs for other shows and revues including “The Greenwich Village Follies” (New York, 1924) and “La Revue des Ambassadeurs” (Paris, 1928). In 1928 he placed the first song in what was to become his signature style, ‘Let’s Do It, Let’s Fall In Love’ in “Paris”, a show he wrote with author Martin Brown, which also had other contributions by E. Ray Goetz, composer, songwriter, author and producer, who saw the show as a vehicle for his wife, musical performer Irene Bordoni. The show was not called a musical but a ‘comedy with music’ or as the programme called it a ‘musicomedy’. As well as Porter’s contributions, “Paris” also had songs by Goetz and his collaborator Walter Kollo, and Louis Alter and Roy Turk. Oddly enough the show’s title song, written by Goetz and Alter, was cut on the road, as was ‘Let’s Misbehave’ which was replaced by ‘Let’s Do It, Let’s Fall In Love’. ‘An’ Furthermore’, a song by Harry Warren and Bud Green, got lost on the way, as did ‘(Oh You) Sweet Old Whatcha-May-Call It’ by Roy Turk and Fred E. Ahlert. Other numbers written by Porter but which were dropped were ‘Quelque-Chose’, ‘Which?’, ‘Dizzy Baby’, ‘Bad Girl in Paree’ and ‘When I Found You’. ‘Two Little Babes in the Wood’, written for “The Greenwich Village Follies”, was dropped from that show and included in “Paris”. It’s all very confusing! 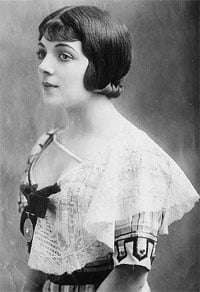 In 1928 Irène Bordoni played the part of Vivienne Rolland, a French actress who is being wooed by a young American, Andrew Sabbot, from Massachusetts, whose mother Cora (played then by Louise Closser Hale) is horrified by the thought. She travels to Paris to stop him but instead appears to fall for Vivienne’s dancing partner, Guy Pennel. Cora gets drunk and, when Guy seems to respond, Vivienne realises that she doesn’t want Andrew, and he has to settle for his mother’s companion, homely American girl Brenda.

Obviously a vehicle to exploit the popularity of Goetz’s wife and her wardrobe, “Paris” had just seven characters, no chorus but instead a band present on the stage, Irving Aaronson and the Commanders, who are installed in Vivienne’s Paris salon, providing musical accompaniment for the show and its performers. After eight months on the road the show opened in New York and ran for just over five months. It’s doubtful that “Paris” has ever been revived until now. Warner Brothers made a film of the show in 1929 with Bordoni, Closser Hale and Jack Buchanan but ditched the music.

The Lost Musicals staging is therefore of great interest to students of the musical and Cole Porter in particular. As usual it is a rehearsed reading in evening dress of the original show as we still know it. Director Ian Marshall Fisher has, however, restored ‘Let’s Misbehave’ for his staging, because it is such a good number. However, it still seems bereft of enough music, with just two songs in Act One, four in Act Two and one song plus a reprise in Act Three.

Whereas some of the songs are good, the book, like many from this era, is a flimsy affair. It barely rates even as a so-so French farce, which at times it resembles. There are some good one-liners which go mainly to leading lady Vivienne. When the dull Brenda admits to Vivienne that she likes tombs, the actress’s riposte is “Well, I hope you have one of your own one day.” And when the same girl goes off to meet a Parisian, Vivienne warns her to be careful: “French men can be very particular.” As corny as the book is, the cast enters into it with complete abandon, making it sound much funnier than it deserves. Sian Reeves (lately the villainous Sally Spode in “Emmerdale”) is charmingly bouncy as Vivienne, a part that requires a certain charisma crossed with some French ooh, la, la naughtiness, qualities that any French girl was probably supposed to have way back then. 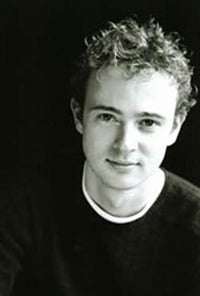 Richard Dempsey as Cora’s son Andrew does well with what little material there is for him and delivers the opening song, a paean of praise to leading lady Vivienne, with some force. James Vaughan as Vivienne’s professional partner Guy, is suitably enigmatic playing him as the (stereo) typically amorous Frenchman. Duncan Wigman has little to do as Marcel, except act as a sounding-board for the others, but Stewart Permutt as Vivienne’s dresser ‘Harriet’ (it was ZaSu Pitts in the film version) is hilarious, although he claims to be playing the role as a man, rather in the manner of Eric Blore in the Astaire-Rogers films. Clare Foster as the dull Brenda comes out of her shell to sing and dance in the number ‘The Heaven Hop’, which was originally assigned to Irving Aaronson and The Commanders, but here is performed by the ‘orchestra’ played here as one man, namely singer, pianist and musical director Gareth Valentine, in a really rocking version of the Porter tune.

Anne Reid as Mrs Cora Sabbot turns the part into a real character, developing from staid American matriarch to good-time-girl, getting some fun and lots of laughs out of the upright, uptight mother-figure as she becomes ever more sloshed on booze. She gets to sing ‘Let’s Misbehave’ (“We’re all alone / No chaperon / Can get our number, / The world’s in slumber, / Let’s misbehave.”) which was probably thought of as the height of sophistication in 1928. Eighty years on, it’s still a good, saucy song. With a cast of seven, the members of the band then made up the rest of the cast, although for most of the time in 1928, between numbers, they sat around with nothing to do.

Not a great show, by any stretch of the imagination, and even by Cole Porter’s standards, but just think what it must have been like to be at the first night when ‘Let’s Do It, Let’s Fall in Love;’ was premiered. Incidentally, the song was originally just ‘Let’s Do It’ but the censors insisted the title be extended to avoid any misunderstanding.