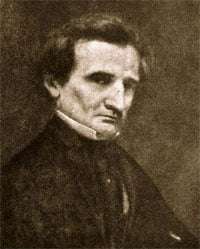 Such is the long-established fusion between orchestra, conductor and composer that a concert of Berlioz with the London Symphony Orchestra and Sir Colin Davis is self-recommending. In the event this particular evening progressed from mostly very good to unquestionably great.

Having first heard Davis conduct King Lear with the LSO in Edinburgh as long ago as 1964, one had a fair idea what to expect. Nonetheless the sheer finesse of the orchestra’s response in the overture’s introduction – the plangent oboe over plucked strings, the trombones haloed by violins – still had the power to make one catch one’s breath. However, in the main allegro Davis’s affection for every nook and cranny of this wonderful work meant, for all the splendour of the actual playing, that too often the music’s forward momentum was interrupted and tension allowed to dissipate for Lear’s full fury to emerge. 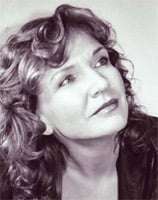 In “Les nuits d’été” we encountered a problem of a different sort: the choice of soloist. Anne Schwanewilms is undoubtedly an outstanding opera singer blessed with a glorious voice and a fine stage presence. She will shortly make her New York debut in concert performances of Strauss’s “Elektra” in which she will almost certainly score a major triumph. However, Berlioz calls for a completely different sort of sensibility – the fragility of fine bone china – and for the sort of detailed response to words of the finest Lieder singers. One had the sense that in this music at least Schwanewilms was seriously miscast, a large voice manoeuvring in an enclosed space. Accepted her actual sound was gorgeous but where was the lightness of ‘Villanelle’, taken at Davis’s usual sedate pace, or the heady ecstatic release of the concluding ‘L’île inconnue’? In the more static songs ‘Sur les Lagunes’ and ‘Absence’ she fared better but with four slow songs at the cycle’s heart, a certain monotony set in, a detailed response to each poem’s words lacking. As one would have expected, Sir Colin and the slimmed-down orchestra provided the most solicitous and sensitive of accompaniments.

With Harold in Italy we entered an altogether different realm. Davis has always conducted this piece incomparably since he recorded it for HMV in 1963 with Yehudi Menuhin as violist, one of the very first recordings to bring Davis to the notice of the wider public. What set this performance apart was the quality of the collaboration with Tabea Zimmermann. She and Davis have performed the piece together previously and indeed the LSO Live recording is excellent. However, this was even better: now, Zimmermann does not simply play the piece, she becomes Harold. This was not so much a performance as an ‘assumption’. In ‘Serenade’ she almost becomes a person at once melancholy and standing slightly apart from the innocent joy which surrounds her and she has the priceless advantage of being a great soloist, fully able to ride the orchestral storm, as well as an instinctive chamber player. This was immediately evident in the subtlety of her interaction with the harp in the opening measures as well as in her ongoing involvement with the music even when she was not playing. 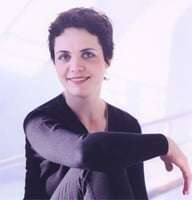 What was absolutely decisive in propelling this performance onto an altogether higher sphere was the sheer panache, élan and frisson (at this point only French words will do) which Sir Colin and the LSO brought to the work. From the opening bars the music flowed naturally forward with an almost tidal surge, the main Allegro exploding with joy, the Pilgrims marching rather swiftly (Zimmermann’s extended sul ponticello was a thing of wonder, especially its last few bars), the ‘Serenade’ skipping infectiously along and the overwhelming impetus of the ‘Brigands Orgy’ held back only momentarily by Harold’s opening reminiscences (which can sound so artificial and stilted). Above all, this was a performance which – like Keats’s lines “Then I felt like some watcher of the skies when a new planet swims into his ken” (“On First looking into Chapman’s Homer”) – recaptured the raw excitement one felt on first discovering Berlioz in Colin Davis’s company over forty years ago. “Time Regained” indeed.