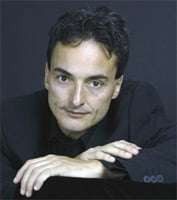 This was the first recital in The Red Hedgehog’s new season. Colin Stone is no stranger to this delightful, unexpected and welcoming setting for chamber music – the next best thing to having musicians perform in one’s home.

Stone has performed all of Shostakovich’s Preludes and Fugues here – the ‘DSCH 24’, one might say, and as a member of the London Mozart Trio.

The G major Piano Sonata is a work of Schubert’s maturity, carrying in some quarters the name ‘Fantasie’. One can see why. The long, substantial first movement heaves and lurches with swinging melody, very much in the manner of an improvisation. Thus it looks back to works like Mozart’s fantasias and Beethoven’s ‘Moonlight’ Sonata and forward to the ardent spontaneity of Schumann.

Aware of these similarities, Stone played the sonata with warm clarity, carefully delineating the various shifts of key and the several distinctive groups of melody yet integrating these different elements into a recognisable whole. This is not the most sensuous or ground-thumping performance of Schubert I have heard, nor the most flowing. But it was an arresting and interest-holding performance, admirable in its sweep and conscientious control.

The Schumann miniatures were lighter, suggesting, indeed, butterflies. Different colours caught the sunlight, vibrantly, dancing in the air or settling momentarily on this flower or that. Finally, as Stone had impishly warned us, we ended with peasants tramping away from the fields as the church clock chimed six o’clock. This was good-humoured playing whose sunlit surge had a slightly disengaged air.

The Prokofiev was the showpiece of the evening. Technically it was the most difficult and interpretatively demanding. Stone sounded most at home in this work, written while Prokofiev was resident in Paris during the 1920s. The inspiration is predominantly Russian, yet includes flickers of jazz and French Impressionism. Stone’s opening was exemplary, with a muscular restlessness suggesting stronger forces in the wings. The extended Andante was solemn, Russian in its silken depth of feeling, the finale light and bright, with abrasive bravura.

Stone offered Debussy’s La Plus que lent as an encore – deliciously played, with panache, weight and delicacy. This was a fitting coda to an exuberant and exacting evening.