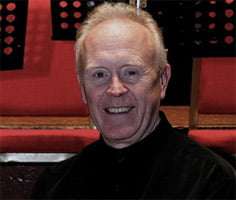 The Corinthian Chamber Orchestra was here at symphony orchestra strength in an attractive programme, one tenuously linked to the Southbank Centre’s “Bernstein Project” on the basis that Bernstein’s very last concert, with the Boston Symphony Orchestra, featured the Britten and Beethoven pieces.

Under the direction of Peter Stark, a conductor with an impressive track record for working with youth and amateur musicians, the Corinthian Chamber Orchestra (comprising amateur players of all ages) played to a very high standard of commitment and excellence.

The ‘Four Sea Interludes’ from Britten’s “Peter Grimes” was not a complete success. ‘Dawn’ impressed with the security of the upper strings (shaded by flutes) to create something expressive, eerie and volatile, but ‘Sunday Morning’ was cautious in tempo and temperament with little sense of underlying threat, the tubular bells (this particular set in need of replacing) being tepid and without the clangour of sounding alarm. Stark chose a sluggish tempo for ‘Moonlight’, the movement dragged, but ‘Storm’ was finely controlled in its ferocity. Throughout, the CCO played with expertise, more than enough to concentrate on matters of interpretation, and Stark could usefully have played the ‘Interludes’ as a continuous whole.

In his centenary year, it was good to hear Samuel Barber’s romantic and heartfelt Violin Concerto, with Laura Samuel (from the Belcea Quartet) as soloist. The performance was too consciously moulded in the first two movements and lost some of the music’s ink-still-wet quality making Barber’s particular brand of nostalgia seem a little contrived and not helped by too expansive a tempo, which eventually got bogged-down, and (in)effectively meant that the first two movements were ‘slow’, the second one dragging. There was though no doubting the ardour with which climaxes were sounded, and the oboe solos were most eloquently turned by Nick Ridley. The finale was the highlight, nicely pointed, spirited, Samuel unflinching in her drive, the accompaniment deft.

Beethoven’s Seventh Symphony seems something of a calling-card for the Corinthian Chamber Orchestra; there is a recording from 2007 under the late Alan Hazeldine, 1948-2008, the CCO’s founder, and there was a performance, conducted by Christopher Para, earlier this season. This current account, with Peter Stark, recalled Klemperer in its deliberation, and also reminded of his (reported) berating of a younger colleague who, in Klemperer’s opinion, spent too much time rehearsing Richard Strauss and Bartók and rather neglected the Beethoven symphony that was also programmed. Which is not to infer that this happened with the CCO, but there were a few moments when tuning, ensemble and application suffered and which was rarely evident in the Britten and Barber.

The performance (with all repeats observed) was very enjoyable, however, even though four double basses were once again at least two short when set against the size of the rest of the CCO, Stark making the slow introduction stately and imposing and then neatly segueing into the Vivace, itself measured and trenchant. The Allegretto was judiciously paced, with some characterful woodwind-playing, the fugato finding the string-players focussed on the tricky writing. The scherzo was under tempo (even if it wasn’t marked Presto), something of a jog-trot, and although the trio was well integrated in tempo a greater sense of impetus was needed. Thus, as so often, the finale seemed too fast in relation (Beethoven advises Allegro con brio) even if Stark’s tempo was, in isolation, well judged – ironically it was Leonard Bernstein, in his Vienna Philharmonic recording, who got these two movements unerringly paced and related; nevertheless the finale here was exhilarating and ended the concert on a high and a real success for the Corinthian Chamber Orchestra.