The tradition of English music for strings belies the stylistic variety which obtains within it. It is interesting to reflect, too, that in at least a couple of instances, the choice of that medium by certain composers (for example Vaughan Williams’s Tallis Fantasia – not featured in this programme – and Britten’s Les Illuminations) happened to mark the arrival of original musical voices.

The two compositions by Elgar in this concert are not so ground-breaking but they do demonstrate effectively the authentic accent of that composer’s work. The relatively early Serenade for Strings was written by Elgar in the initial emotional glow of his marriage to Alice Roberts. This performance by Corona Strings radiated a charming, chaste contentment, notwithstanding a not very impulsive start with the opening rhythmic gesture by the violas. With heavier doubles basses in the Finale, that movement rose to greater passion and joy.

Closing the concert was a more-vigorous account of the Introduction and Allegro, in which Janet Lincé avoided any loosening up of tension by not slowing down in places where one might expect it – such as the broad statement of one of the main themes before the “devil of a fugue” (Elgar), and again at the climax near the end with the return of the initial wistful melody. The fugue itself was certainly brisk and furious (the double basses again doing sterling service) and the ensemble achieved a true nobilmente sweep elsewhere. More grandeur and weight might have been welcome, but seeing that the group comprises barely two-dozen members the volume of sound was considerable. 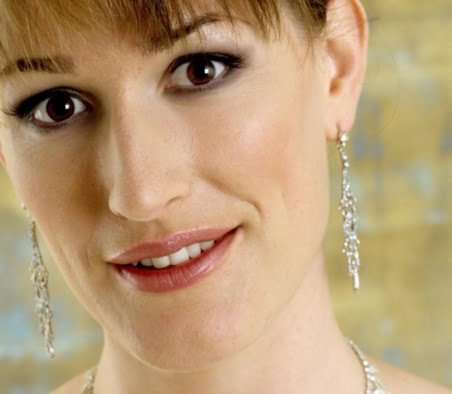 In between came two works dating from 1939 and in which, therefore, the onset of World War Two may be detected. Britten’s Les Illuminations, setting poems by Rimbaud, uses the famously elusive line “J’ai seul la clef de cette parade sauvage” (I alone hold the key to this savage parade) as its motto and may allude to the senselessness of armed conflict. Erica Eloff delivered this statement arrestingly in different timbral guises, and in general her singing commanded attention without resorting to declamation. Lincé also drew a kaleidoscope of sonorities from the strings, such as the staccato flecks in ‘Marine’ depicting the glimmering light on the sea, the mysterious luminous texture of ‘Being Beauteous’ (which recalls Schoenberg’s Verklärte Nacht), and the bolder fanfares in ‘Royauté’. In some instances the playing was weaker, for example the not-quite-clean harmonics of ‘Phrase’, or the slightly underwhelming atmosphere conjured in ‘Départ’.

John Ireland’s neglected Concertino Pastorale evokes little of a pastoral mood, unless it is a landscape overshadowed by the threat of battle. The throbbing repeated note of the opening was a little dry, but this gave way to a convincing strain of foreboding underpinned by the cellos’ striding theme, giving this account gravitas. The long-breathed melody of the second-movement ‘Threnody’ was beautifully sustained, as was the moto perpetuo rhythmic drive of the concluding ‘Toccata’.

Corona Strings is a recently formed ensemble, drawing together professional string-players in Oxfordshire, and the evidence of this programme suggests that the musicians are already a cohesive, well-integrated group with an open mind to explore the repertoire which falls between chamber intimacy and orchestral profusion.