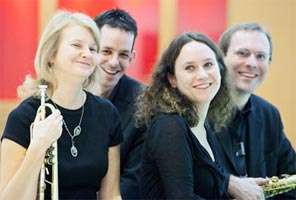 I doubt whether the melodrama genre is likely to catch on again, more’s the pity. It was hugely popular in the 19th-century, the frisson of passionate speech delivered over music often just as overheated, and it seemed inevitable that it should flip over into sprechgesang in the 20th-century, that weird and wonderful device, half-speech, half-song, all hyper-emotion, worked to great effect by Schoenberg in “Pierrot Lunaire” and “Gurrelieder”.

There were two such melodramas in this gripping, off-beat programme devised (or, as we must say these days, “curated”) by Barry Millington, the Wagner scholar and chief music critic of the Evening Standard. Ross Lorraine’s “Not More Lovely” takes Edgar Allan Poe’s short story “The Oval Portrait”, the events witnessed by a horrified traveller of an artist whose portrait of his beautiful wife is literally the death of her. The pithy tale, spookily narrated by Johanna Lonsky in a sexy Mid-European accent, had a lovely score based around rising scales that suited the gothic claustrophobia down to the ground. The second narration was John Casken’s “Deadly Pleasures”, a Pushkin short story completed by the novelist D. M. Thomas, about Cleopatra indulging in a little light promiscuity with a lethal sting in its tale – until she gets her comeuppance. Thomas ups the erotic ante, and the music is similarly overwrought. It was too long, and the music didn’t underpin the story in the way Lorraine’s did with such cleverly judged simplicity. Once again, Lonsky was thrilling, her narration falling in and out of the music’s rhythm and seeming barely able to restrain itself in speech.

Jean Hasse’s “The Fall of the House of Usher” uses the 1928 silent short film by James Watson and Melville Webber – an expressionist/surreal masterpiece, with some astonishing camera effects bringing Poe’s lurid fantasy of incest, death and decay to juddering life – for some very powerful mood music, finely played by Counterpoise. Even more successful was Mauricio Kagel’s “MM51/Nosferatu”, with the pianist Iain Farrington providing the accompaniment (with the metronome rate set at MM51) to Murnau’s great vampire flick “Nosferatu”, with the rodent-like Count mesmerisingly played by Max Schreck. Kagel’s music is much more than a soundtrack and the film itself had another pianist superimposed on to it, providing an intriguing extra layer of meaning. Farrington entered wholeheartedly into its Gothic, undead spirit, bringing it to a rousing conclusion, complete with demented, cackling laughter.

The Ryo Noda work, inspired by the story of a 12th-century samurai warrior who chooses death rather than dishonour, is written for solo saxophone, and stretches the instrument’s technical possibilities to the limit. Kyle Horch was the brilliant soloist, although it must be said that, of all the five works in this 90-minute programme, the temperature did take a bit of a tumble.

This is the sort of evening you can imagine going own a storm at a summer festival. It manages to be familiar while at the same time being really out of the ordinary.