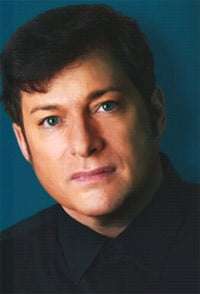 American singer Craig Pomranz last (first?) appeared at Pizza on the Park in 2004. He is back now which may be the last time he will be able to appear at the Knightsbridge music-room as Pizza on the Park is threatened with closure and redevelopment. We have heard this story before and are hoping it just won’t happen, as it is the sole surviving true cabaret venue left in the capital. There is always Jermyn Street Theatre and the Pigalle and plenty of other venues for jazz but there is no place quite like Pizza on the Park for cabaret. Not so in New York, Chicago and Los Angeles, three US cities that cherish the art of cabaret. Craig himself labels his own act as “saloon singer”. It’s a pity that London doesn’t have more saloons where singers of his ilk and talent can perform.

The word ‘saloon’ conjures up a noisy place where rowdiness is the order of the day. In fact Craig Pomranz says he looks forward to the sound of silence. Presumably, once the audience have stopped giving the waiter their orders, have filled their collective glasses with enough to drink, and have stopped chattering among themselves, then for the performer to command their attention must be a great feeling, although possibly a frightening one, too. Craig learned the art of commanding silence from actress Lynn Cohen. He wanted to be an actor but the singing stuck with him and, anyway, singing is a form of acting and in cabaret it’s a question of creating your own world. In this he is helped by Lynn’s husband, actor and director Ronald Cohen, producer on Craig’s CDs and his shows.

Apart from having a terrific singing voice and one that can span four octaves, Craig Pomranz also has a good line in chatting that puts both him and us at ease. His warm personality comes across as being quite genuine. He is really funny between numbers and has a good time batting repartee back and forth with Stephen Bocchino, a highly accomplished piano-player who joins in and sings along with Craig where necessary. The whole package is a totally engaging one and one that wins audiences over wherever they go.

Craig has a new CD of songs about the seasons of the year called “More Than a Seasonal Thing”, from which he sings about half of the songs in his current cabaret set. He opens the evening with a collection of standards from that Great American Songbook, although there’s a vague London theme working through it too. It begins with ‘April in Paris’ by Vernon Duke and Yip Harburg, and Craig surprises us from the outset by singing the introduction to the song, a feat he manages for other songs later in the set. These are often the lyrics we never hear as most singers – unless you’re Ella Fitzgerald – go straight into the chorus. He also sings the intros to ‘We’ll Meet Again’, ‘As Time Goes By’, ‘London Pride’ and ‘When I Fall in Love’, the last being a hit for Craig’s favourite singer, Doris Day, in 1952, long before Nat ‘King’ Cole’s 1957 top-ten version. 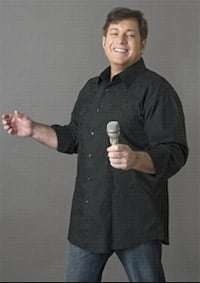 Doris Day might well have influenced Craig’s singing style. He enunciates with precision and, like Barbara Cook, has total respect for the songs he performs, both musically and lyrically. He gives pellucid readings of the Gershwins’ ‘A Foggy Day’, and Noël Coward’s ‘London Pride’ in a medley with the Maschwitz-Sherwin favourite ‘A Nightingale Sang in Berkeley Square’, using the full range of his vocal register from deep baritone to high tenor with ease. One minute he can extract hilarious fun out of Cole Porter’s ‘Well, Didya Evah’, complete with local topical gags about Simon Cowell and Susan Boyle, or do a rumbustious version of ‘London is London’, Leslie Bricusse’s Cockney knees-up song, or a medley of ‘She Loves Me’ and ‘Get Me to the Church on Time’, while the next minute he can break your heart with Billie Holiday’s ‘Don’t Explain’.

The new album, “More Than a Seasonal Thing” (the ‘thing’ being love) takes us through the year, season by season, from one new year to the next, beginning with Irving Berlin’s rarely heard ‘Let’s Start the New Year Right’, from the film “Holiday Inn”, through ‘Winter Wonderland’, then assorted songs about spring, summer, autumn and winter. Rodgers & Hammerstein’s ‘It Might As Well be Spring’ from “State Fair” is performed with Alec Wilder and Loonis McGlohon’s ‘Blackberry Winter’, an affecting song that deserves a wider hearing. Rodgers & Hammerstein turn up again for ‘June Is Bustin’ Out All Over’ (“Carousel”), with Irving Berlin’s ‘Heat Wave’ (“As Thousands Cheer”), two great celebrations of the heat at the height of summer. The Gershwins’ ‘Summertime’ is coupled with Jerome Moross and John Latouche’s ‘Lazy Afternoon’, two of the best evocations in song, along with ‘Too Darned Hot’ of extreme climate.

Craig mixes his Great American Songbook material with more rarities such as Henry Nemo’s ‘Tis Autumn’, followed by Jule Styne and Sammy Cahn’s ‘Let It Snow, Let It Snow, Let It Snow’, a popular Christmas song composed in a heat-wave in July 1945 by two Jewish writers! From “Meet Me in St Louis” (Craig’s home town) comes ‘Have Yourself a Merry Little Christmas’, perhaps one of the most affecting Christmas songs ever written. However the tears are soon forgotten by its companion song, John Meyer’s ‘After the Holidays’. Then it’s back to the new-year again with ‘Auld Lang Syne’ (in which Craig sings the original and correct lyrics, which nobody ever does) and then gives an encore of ‘As Time Goes By’.

Craig Pomranz’s performance has the skilled knack of drawing his audience in and then keeping them involved. He has such an unusual voice like no other I can think of, but it has a definite edge to it, the quality that was present in the vocal register of, say, Maria Callas and Luciano Pavarotti.

Craig Pomranz was at Pizza on the Park for a mere three performances but to get a taste of this supremely talented artist, do seek out his two albums, “My Heart Don’t Skip a Beat” and his latest, “More Than a Seasonal Thing”.