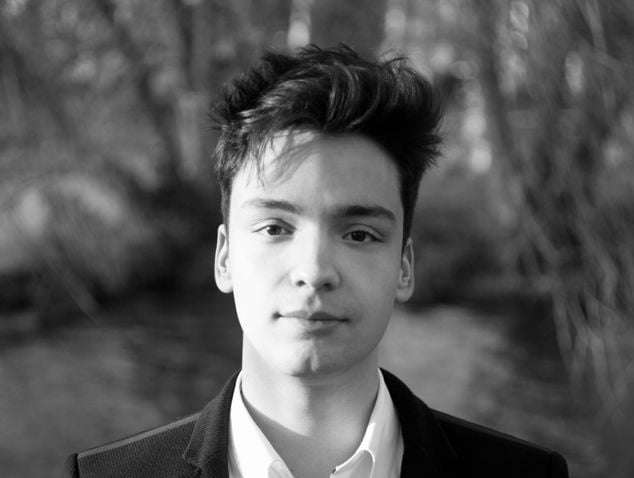 For his debut recital at Wigmore Hall, supported by the Kirckman Concert Society, Romanian pianist Cristian Sandrin took us on a tour of German Romanticism, with late works by Brahms and Schumann framing two masterpieces which in contrasting ways reach towards emotional extremes and delineate temperamental narratives.

Sandrin is currently a postgraduate student at the Royal Academy of Music but he has already garnered an impressive list of prizes, distinctions, awards and scholarships and here he evinced confidence and professionalism, complemented by evident engagement with the audience. He certainly had the maturity and might to get the measure of the drama of Beethoven’s ‘Tempest’ Sonata, but alongside the agitation there was both elegance and quiet brooding, nowhere more so than in the first movement with its alternating Allegro and Largo episodes. After the precipitous exposition, the codetta closed with restraint, the bass line carefully outlined. The arpeggios which commence the development section were placed with care and imbued with mystery; then, a springy bass line and clanging right-hand burst with energy. The recitative-like passages at the start of the recapitulation were operatic in character, the preparatory spread chords spacious and free. Contrasts were used to good effect in the Adagio to create dramatic intensity, as the peaceful theme was punctuated by urgent drum-beats, quite grainy in tone initially but lighter when reprised. At the start of the Allegretto an image of the exhausted ballerina of Hans Christian Andersen’s The Red Shoes sprang to mind, as the triplets whirled as if driven by an irresistible force. And, even if Sandrin could not sustain the sense of unstoppable momentum, after a furious outburst the final cadence faded enchantingly to a wisp.

The evening had begun with the Opus 117 Intermezzos. The repertoire page of Sandrin’s website lists just this Brahms collection, and this reading was characterised by an emotional inconsistency that suggested that the composer – or, at least, when ‘late’ – isn’t yet a natural fit for him. The tone of the first piece was quite dry, the rhythm a little laboured, though the melody of the second was strongly defined and the warm middle section grew persuasively in force and expanse, driving towards a sombre cadence. The octaves which begin the final number were appealingly airy and the central section sparkled. But, overall Sandrin didn’t capture the delicate lyricism of these miniatures which Brahms called “three cradle-songs of my sorrows.”

The second half was devoted to Robert Schumann, a more comfortable fit for Sandrin’s temperament and technique. The untitled movements of Kreisleriana range from passionate intensity to gentle playfulness to absorbed tranquillity. And, while there was a sense of fervent, even untamed, creativity this was balanced by a lucidity achieved by judicious pedalling and controlled projection. One could hear the lines as well as feel the harmonic arguments, and Sandrin has given careful consideration to the role of the bass line, in relation to the upper parts, using this relationship to create impetus and coherence.

The opening was certainly ‘exceptionally fast’, but always crystalline; the unceasing triplets evolved fluently into the gentler undulations and tripping rhythms of a central section which was finely shaped with expressive rubato. The opening of the long, multi-sectioned second movement chimed sonorously. Sandrin hunched over the keyboard for the agitated third, the reiterated rhythmic motif underpinned by incisively picked out left-hand crotchets. The low bass register receded tenderly towards the close of the first section of movement four, before blossoming eloquently in the Trio. The dotted rhythms of the fifth piece put me in mind of a mischievous gremlin, while during the introspective sixth the rapid finger-runs carried Sandrin away into his own dreams, though the demonic interruption of Sehr rasch whipped him back to the present, and the final Schnell und spielend galloped home with a delightfully light gait, coloured with a wry hint of lop-sidedness. For all its extra-musical associations, Kreisleriana does not tell a story, but Sandrin evoked – without mannerism or gestural excess – a wide range of characters, situations and interactions, which intimate the urgent passion for Clara which Schumann expresses in this music which he professed contains “a wild love, and your life and mine and many of your glances.”

Gesänge der Frühe was given a beautifully crafted, sympathetic reading, beginning reverentially but as the first movement progressed Sandrin infused the hymn-like melody first with melancholy and finally with majesty. The transparency of texture, as the triplets chased each other in circles in Belebt, nicht zurasch was refreshing, while the repetitions of the dashing motif which surges through the third movement rang with resonance and clarity, pushing the music into the ensuing Bewegt. The latter’s tumbling waves were delicate and limpid, allowing the tender melody to sing through the cascades.

We had our palettes cleansed by Sandrin’s encore, a Sonata by Domenico Scarlatti, but I’d have preferred to have left Wigmore Hall with the poignancy of Gesänge der Frühe, composed just a few months before Schumann’s final mental breakdown, unbroken.