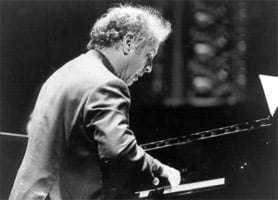 Listening to this second instalment of Daniel Barenboim’s eight-recital survey of Beethoven’s piano sonatas, two thoughts sprang to mind. First was Leschetizky’s cryptic comment to the young Artur Schnabel: “You are not a pianist; you are a musician”. The second was that to hear Barenboim in music that he is so profoundly attuned might help explain the awe that Wilhelm Furtwängler inspired in those people fortunate enough to have heard him live (someone whom the young Barenboim met and played for). In either case, even where one might happen to disagree with this or that interpretative point, there could be little doubt as to the completeness with which Barenboim explored each work.

In this well-chosen sequence of four sonatas, ranging from one of the earliest to ‘Les adieux’ – in which Beethoven is almost on the cusp of his ‘late’ style, – one was taken on a journey, each sonata inhabiting a quite distinct world. Perhaps rather than “Artist as Leader” a more appropriate series-title would have been “L’Invitation au Voyage”, for this far more precisely describes Barenboim’s journey through these formative musical landscapes of his youth. He doesn’tplay these works: he inhabits them.

Barenboim is no shrinking violet. During his account of Opus 2/Number 2 one could not wholly suppress the feeling of a sledgehammer occasionally being used to crack a nut, of Barenboim approaching the music with the benefit of hindsight and playing it as though it were a mid-period work. The Largo appassionato’s stalking bass line and final outburst had a forcefulness that was questionable. However it was all so vividly characterised that it remains in the mind long after having heard it – and that surely is the point of re-creative musicianship. 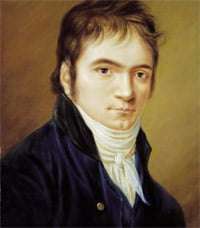 The so-called ‘Tempest’ (“Read Shakespeare’s Tempest” Beethoven is reported to have said when asked to explain this Sonata) found Barenboim at his most questing. Rarely can so much of the first movement have hung motionless in the air for so long or moments of transition have been so subtly emphasised before the music’s full fury erupted. Quite effortlessly Barenboim seems able to find the spiritual heart of Beethoven’s adagios, giving us profundity without fuss and – in this case – integrating the second movement’s pervasive drumbeat into the singing line. Only in the discursive finale did one sense a degree of overkill – it was either very soft or very loud with every passing incident underscored. However by way of compensation there was an unflagging momentum which was quintessentially Beethovenian.

In Opus 14/Number 2 Barenboim found the work’s essential playfulness, emphasising the first movement’s sudden harmonic shifts with relish whilst never losing its thread, finding the slightly deadpan tone of the slow movement (which surely finds an echo in the first of Schumann’s Nachtstücken) and ending the work with lightness and throwaway wit.

The jewel in the recital’s crown was ‘Les adieux’. Has any musical work more precisely encapsulated the sweet-sadness of parting or the joys of reunion? From Barenboim, rather than it becoming an abstract musical experience, the Sonata became an exploration of a successive series of psychological states: sorrow, longing and joy. Rarely either has one been so aware of its thematic links with other music – the opening of the ‘L’Absence’ middle movement prefiguring the ‘muss es sein’ motif from the final string quartet or the finale’s echoes of its counterpart in the ‘Emperor’ Concerto.

There you have it. Barenboim – seemingly not in the best of health on this particular afternoon – plays Beethoven by dint of affinity and long familiarity: he brings an extra dimension to bring one face to face with the music behind the notes.