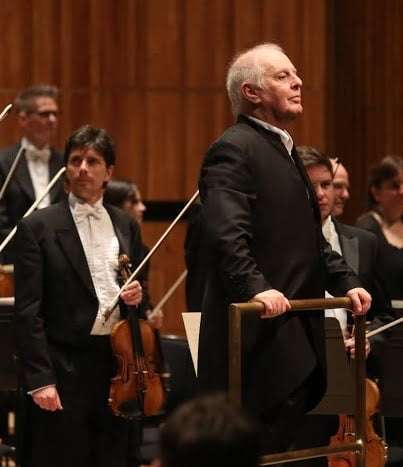 There was a very appealing process of quick-change identity at work in Lisa Batiashvili’s performance of Tchaikovsky’s Violin Concerto in the second of the Staatskapelle Berlin’s two London concerts with its music director Daniel Barenboim. The way this eminent violinist adapted to the Concerto’s passage through Tchaikovsky’s theatrical and symphonic styles was unaffected and imaginative, but she went much further in her miraculous bending of the work’s scale, giving voice to its private musings and more grandstanding statements. The orchestra was with her all the way, playing with a level of nuance and involvement that didn’t always seem to be generated by Barenboim’s conducting. It didn’t matter, as the players marked their relationship with Batiashvili with unforced precision, so that her lyrical voice soared or retreated as the music demanded.

Her account, in the first movement especially, wasn’t heart-on-sleeve romantic, yet her spontaneity, amounting at times to a meditative stream-of-consciousness, and her thrilling engagement with the music’s big, soloist-asserting gestures, worked wonders in expanding the piece’s emotional implications. The cadenza was a compression of the subtlety of her approach, and her transference of soloist supremacy back to the orchestra was a moment of sublime, deferential tact. This discretion continued in her ravishing, emotionally guarded account of the ‘Canzonetta’, quietly lit by tender duets with flute and oboe, and on the back of her fabulous technical security, joyful swagger and gathering of momentum defined the boisterous finale. 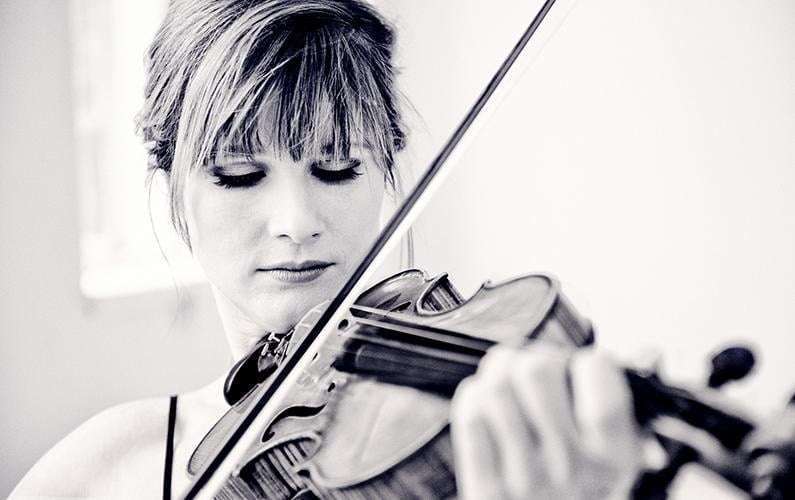 At the end of the concert, Barenboim was honoured with the Elgar Society Medal. In his acceptance speech, he referred to the poignant role Elgar’s music has played in his life, a factor made abundantly clear in his engagement with the complexities of Symphony No.2. It’s not so long ago that the traffic between English and German music was decidedly one-way, yet, a Straussian sheen to the strings and prominently passionate horns notwithstanding, Elgar’s careful layering of feelings and surges of ebullience lost none of their character while placing his music firmly in the European tradition.

The quivering opening of the very first bar was electrifying and heralded the quality of energy, Elgar’s “spirit of delight”, that would sweep through the first movement, but it was the tug towards Elgar’s reflective wistfulness, subtly enhanced by Barenboim’s dips in tempo, that clinched the music’s personality. He has a natural affinity for Elgarian stasis being constantly prodded to buck up – a tension that would work so potently in his Falstaff two years later. The orchestral playing was superb, marked not just by beauty of sound – the strings are out of this world – but also by extraordinary fluid responsiveness, and was surpassed in the elegiac Larghetto in those passages of genius scoring where rustling strings and harp glissandos twine round the main melody, and the oboe’s solo in the reprise was all the more eloquent for making its presence felt by stealth. In the ballast-free Scherzo the orchestra managed the swings between evanescence and coalescence with breathtaking precision, and the later terrors seemed to erupt from nowhere. The low-strings’ sound at the start of the finale was another wonderful moment, driven by Barenboim’s unhurried sense of momentum, and the quiet close was as transformative a completion of this masterpiece as I’ve heard. What a great performance.