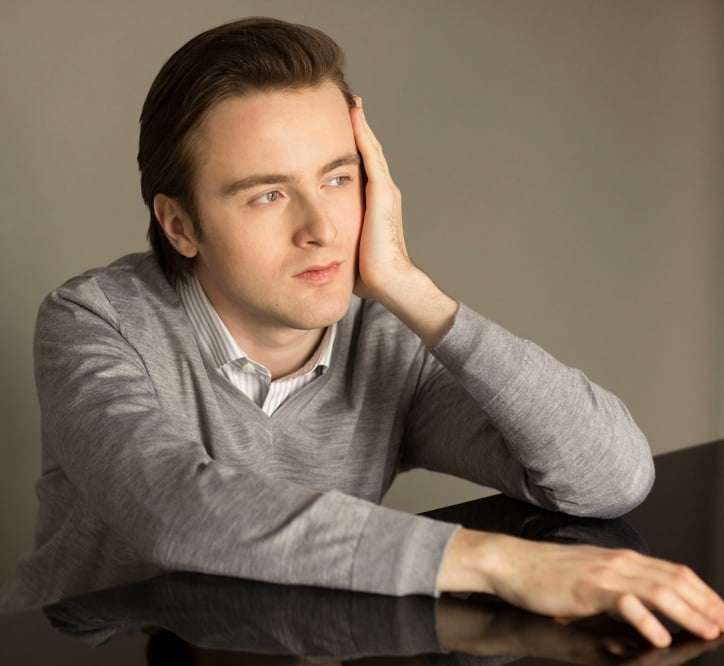 Every concert, every recording by Daniil Trifonov is a major event. Not all live up to the promise (specifically, his Prom with Staatskapelle Dresden last year in which he played Mozart, a bumpy ride that included his own eccentric cadenza). But in the Romantic and virtuoso repertoire he is surely without peer today. He is equipped with a massive technique and there is an intelligence that brings depth to the most transcendental offering.

Trifonov began with a long Schumann first half. If the opening of Kinderszenen was on the literal side, it offered one of the few opportunities for a critic to carp; however, the pianist and the composer were soon in alignment. Trifonov’s view of Kinderszenen is that it gives a glimpse into a twilit world, childhood viewed from an older person’s perspective, as ‘Träumerei’ attested.

Trifonov’s Fazioli, a Rolls-Royce of an instrument, was capable of withstanding the most sustained onslaught as well as projecting the most intimate whisper. At the other end of Schumann’s spectrum is the Toccata. No doubting the virtuosity here, with a properly hard touch for the perfectly balanced fortissimo chords, albeit with Trifonov’s tendency to stamp on the sustaining pedal. The opening of Kreisleriana is a graveyard, having claimed many a pianist. Not Trifonov, whose fluency ensured that the music began in the finest way, and later he produced the sweetest of tones. Yet Trifonov’s real triumph was an appreciation of Schumann’s obsessive use of rhythm, although occasionally the use of rubato was a touch stilted. One of the great accounts of Kreisleriana; and the close, at which Schumann’s music disintegrates rather than stops, was arresting.

There was no overt virtuosity in the Shostakovich; instead a darkly bejewelled slowly unfolding right-hand line over tolling bass to open Prelude No.4, mesmeric, as was the withheld objective nature of the Fugue, delivered with crystalline clarity. The luminous No.7 found a Fugue magically bathed in pedal, and terrific articulation in the A-minor Prelude and Fugue led to the wondrously bright yet tender D-major Prelude and a terrific Fugue subject with its pecking staccato. Finally, the extended D-minor, given with a sense of chthonic depth, the Prelude unfolding with a dreadful inevitability and the Fugue desolation itself, funereal bells suggested at one point.

No hesitation from Trifonov to launch Stravinsky’s Petrushka; what made this outstanding was the delineation of textures at speed in ‘Danse russe’. ‘Chez Petrushka’ was highly gestural; playful but hypnotic at the same time whereas ‘La semaine grasse’ was ushered in beautifully, in perhaps a surprisingly languorous fashion. But it was here that Trifonov pulled out all the stops with cavernous bass octaves and a madcap speed to the end.

Two of Nikolai Medtner’s Skazkas (Fairy Tales) made for encores, the first the gloriously rhapsodic F-minor (Opus 26/3), then the one in B-minor (Opus 20/2, ‘La campanella’), a titular sharing with Liszt, and impeccably shaded. A wonderful recital.