On February 9 Medici broadcast live this programme from Carnegie Hall, and less than two weeks later Daniil Trifonov was again beamed to the World, this time courtesy of the Berliner Philharmoniker’s Digital Concert Hall. Between these dates Trifonov had played Ravel with the LSO and Simon Rattle in London and in Vienna. 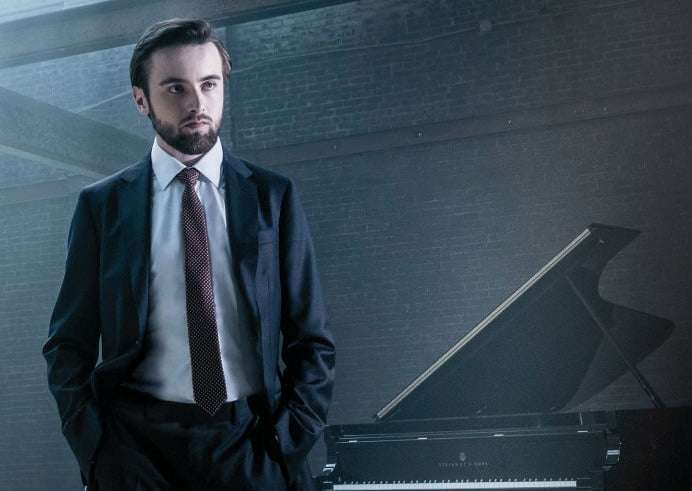 With a Bösendorfer under his hands, Trifonov started with Beethoven, the ‘Andante favori’, played gently if a little stiffly and lacking some magic, and he rather dragged the coda. Nice idea though to go straight into Opus 31/3. Notwithstanding the excellent relayed sound (reporting an instrument nicely blended across the range, nothing over-bright in the treble or harsh in fortissimos) and discriminating camera angles (each one held for a while, none of the now-trendy and irritating rapid-fire changes) there was much technical fluency to admire if a somewhat skittish approach to the first movement; and the ensuing Scherzo tended to left-hand blurring initially as well as the singling out of certain constituents, although by the end an attractive internal momentum had been established. If the slow movement wasn’t the last word in shapely song, although it may have been in terms of dynamic contrasts, then the Finale was on the too-fast side, the music’s profile not as in-relief or as joyful as it needs to be.

Bunte Blätter may be a collection of miniatures, but if every one is played, as here and without pause, it becomes a significant and inimitable cycle, respectively dreamy, turbulent and heroic in the first three numbers (there are fourteen), these qualities recurring, differently expressed. Trifonov is impressively attuned to Schumann’s flights of fantasy and consciousness – sensitive and storming, private and public, mysterious, introspective and story-telling animated, grand of dance and parade; and the expansive XI reveals that Schumann could write as affecting a funeral march as Chopin. It was good to hear this set whole rather than cherry-picked; whether we needed the Presto passionato (like Beethoven’s Andante nearly part of a Sonata) added, literally attached, is a moot point, unofficially then Bunte Blätter XV, and Trifonov had been playing for sixty-five or so minutes by this point, but the swirl of notes and those unmistakeable Schumannesque harmonies were delineated lucidly and rounded things off nicely.

The last of Prokofiev’s ‘War’ Sonatas trilogy is maybe the most-difficult of the three to assimilate. The opening Andante dolce, a tip-of-iceberg marking, might suggest something meditative if bittersweet, that is until commotion arrives and troubled passions erupt – no showiness for the pianist though, these emotions run deep – and stalks the meditation, to which the middle movement offers a laconic riposte. The fast Finale may have its victory-pealing aspects, and a clear sense of direction, but there is something troubling beneath the surface, and a pounding above it, no surface glitter, to which Trifonov brought determination and recognised the doubt, the shadows, and he brought sympathy and scintillation to the Sonata as a whole without resorting to glibness.

From the storm and stress of Prokofiev to Rachmaninov’s Vocalise (in one of its many guises, arranged Kocsis maybe) was one of balm until it lurched forward for no good reason. And there was further Rachmaninov, the ‘silver bells’ first movement of The Bells, not quite the same as with tenor, chorus and orchestra, however elaborate the (to me Anonymous) transcription.