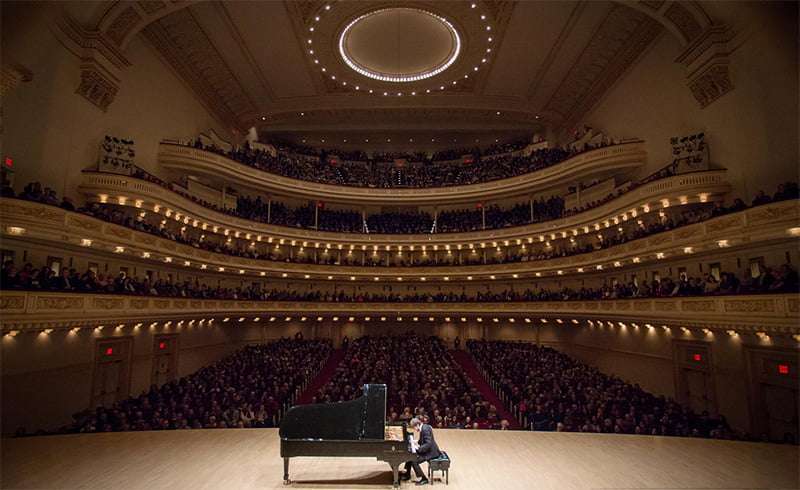 This recital was the first of Daniil Trifonov’s seven-part “Perspectives” series at Carnegie Hall, which will focus on the music of Chopin, and include Trifonov’s own Piano Concerto.

Frederic Mompou originally conceived his Chopin Variations (based on the Prelude in A, Opus 28/7) for cello and piano, and later as a ballet score, but ultimately published it for piano. The first two Variations, as well as the Sixth and Ninth, respectively a mazurka and a waltz, do not stray far from the Theme, but others are quite removed from it, including the darkly moody Third, for left-hand, the sweetly lyrical Fourth, and the introspective Eleventh, ending with a dazzling display of Trifonov’s virtuosity.

He then performed four Chopin-related ‘shorts’, uninterrupted, opening with Schumann’s portrait from Carnaval, contrasted by Grieg’s propulsive Study. Samuel Barber’s Nocturne (Homage to John Field) salutes the Irish composer from whom Chopin drew inspiration; Trifonov brought out the beauty of its dreamy opening, as well as the intensity of the development, and Tchaikovsky’s delightfully bouncy mazurka rounded-off this set. 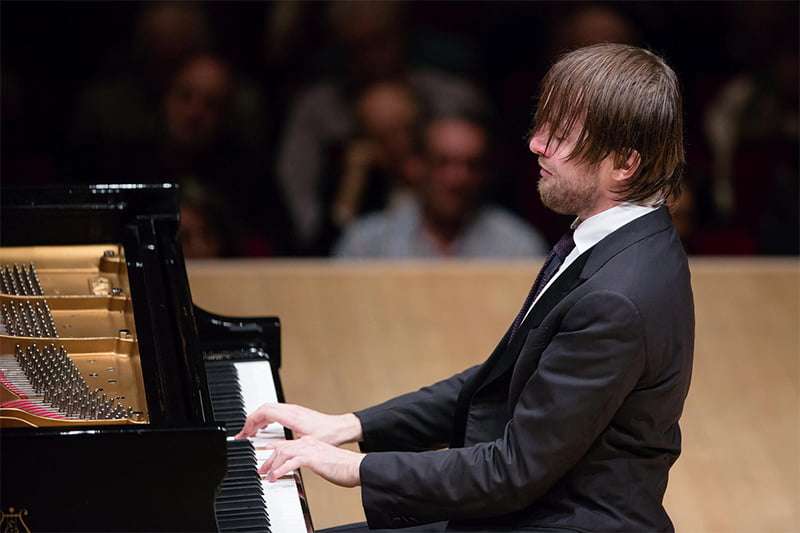 In Rachmaninov’s Chopin Variations Trifonov blended the onrush of commentaries smoothly once past the tragic mood stated by the C-minor Prelude, Opus 28/20, which is dissipated by the first three Variations moving forward with increasing speed, but they were as nothing compared to Trifonov’s lightning-fast fingering and feather-light touch later. Trifonov expressively brought out the contrast in harmonies as they shifted from minor to brighter major tonalities to evoke a wide gamut of emotions (although he cut short the fugal Twelfth and omitted three Variations entirely). Trifonov’s traversal of the incredibly rapid XX was a tour de force, and he built the final two sections to a dramatic climax, but he eschewed the Presto coda, instead returning to a severe restatement of the Theme. Throughout, Trifinov impressed with his ability to draw colors from the piano.

Following intermission, Chopin’s B-flat minor Sonata, which was the first work to be publicly performed in Carnegie Hall just a month before the venue’s official opening in May 1891. Trifonov dashed off with ease the rippling exposition that follows the Grave introduction, sang out the contrasting second-subject melody, and powerfully pounded the chords that impel the movement to its conclusion. The highlight of the Scherzo was Trifonov’s rubato-laden voicing of the gentle Trio, and then the celebrated ‘Funeral March’ was given with grandeur, the uplifting central melody enhanced by Trifonov’s adherence to the Lento marking, and which emphasized the stark contrast with the epigrammatic and spectral Finale. Trifonov’s encore was Alfred Cortot’s transcription of the slow movement of Chopin’s Cello Sonata.