Brahms
Sonata No.1 for Cello and Piano in E minor, Op.38
Beethoven
Sonata for Piano and Cello in G minor, Op.5/2 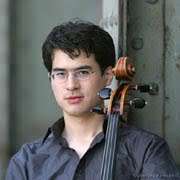 Given Brahms’s acute awareness of Beethoven throughout his composing life – most famously when setting out to write his First Symphony – it’s worth noting that his first instrumental sonata too takes its lead from his musical ancestor, treating both ‘solo’ instrument and keyboard on an equal footing.

The piano part for Brahms’s First Cello sonata (performed first here in a change to the advertised order) is every bit as demanding as that given to the cello, with an added challenge in the need to make room for the cello when it occupies the lower register, as it frequently does in the first movement.

In this BBC Radio 3 Linchtime Concert, Markus Schirmer showed an awareness of this, though Danjulo Ishizaka could perhaps have projected the first movement with more gravitas, the exposition (with repeat) being relatively restrained. The second subject assumed a more powerful role in its recapitulation, however, before a sunlit coda.

Both performers sat closely together, and this helped secure a tight ensemble in the Menuetto, with nicely placed rallentandos where appropriate. Here the dance-element was conveyed in the light bounce of the metre before a flowing, more luxuriant trio. 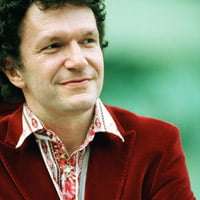 The piano threatened to dominate the strident fugue at the expense of the cello’s countersubjects, but this problem was soon ironed out as the final movement strode forward expressively, Ishizaka giving a particularly powerful drive to the finish. Throughout, his technique was extremely solid, and the difficult, more angular contours of the fugue subject presented no problems.

If anything, the second of Beethoven’s pioneering Opus 5 sonatas is a work for piano with cello obbligato, the stringed instrument often assigned thematic roles as a secondary partner. While the Brahms was a more obviously equal duo here it was impossible not to think of the Fourth Piano Concerto as Schirmer executed the rondo’s playful themes.

The players had a lot of fun, though; again Schirmer was careful not to drown out the cello. The humourous finale theme and its cantabile counterpart formed a winning pair, and when Ishizawa did interject with fast passagework, it was immaculately executed.

At the opening, the Adagio’s dramatic pauses helped to give a real sense of occasion, the cellist’s tone broader than at any point in the recital. A passionate Allegro followed, the thematic material characterful and strongly rendered.

Remaining in the same key as Beethoven’s finale, the duo gave a tender account of ‘The Swan’ from Saint-Saëns’s Carnival of the Animals: in the wrong hands a soupy morsel, but here affectionately played.