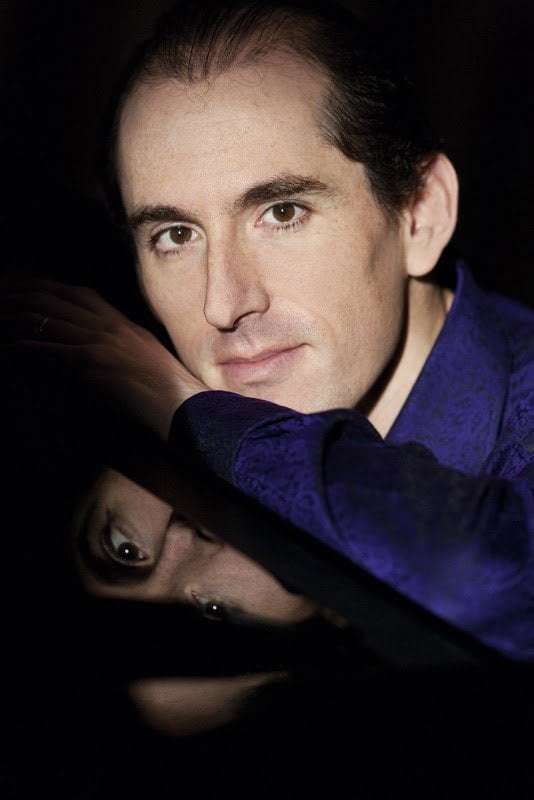 This country is blessed with several exceptional pianists of the younger generation, of whom Danny Driver most assuredly is one. Indeed, the more I hear of Driver, the higher my opinion of him rises. His Wigmore Hall programme had been planned with no little artistry and insight, and his wonderfully controlled and expressive playing throughout, allied to a superb technique and deep musical feeling, are qualities not often encountered in pianists of any generation.

Driver’s recordings for Hyperion equally betoken an intelligent and gifted musician, including recordings of music by York Bowen, Erik Chisholm and C. P. E. Bach, so it was natural that he should choose music by a British composer as well as that particular Bach (in the latter’s tercentenary year) plus masterworks by Handel, Beethoven and Schumann.

As it happens, there seemed to be a deep underlying unity in Driver’s programming, although one ought not to go looking for connections for the sake of it. Driver began with Handel’s famous Suite in E, which ends with his most familiar set of variations, ‘The Harmonious Blacksmith’. This was given a most sensitive reading, played with fine accuracy and due regard for the composer’s intention – albeit, at 300 years distance, more an approximation in sonic terms, of course. Nonetheless, this was as fine a performance on the modern concert grand of the complete Suite as one may hear, musically and technically.

Thomas Adès’s three Mazurkas were written for Emanuel Ax. It seems that by an astonishing coincidence these pieces were being performed elsewhere in London at the same time, in a recital by Richard Uttley at The Forge in Camden Town. Driver brought considerable artistic quality to his playing of these contrasted pieces, which suggested that Adès has used the term ‘Mazurka’ to mean whatever he wants it to mean, although No.2 – the fastest – certainly had a recognisably mazurka rhythm within the texture. The longer, and much slower, last one seemed – like the first – to be merely a piece of piano music in triple time, the concluding piece leaving a feeling that the set of three is unfinished; a final fourth, faster and no more than three minutes in duration, would complete the group more convincingly.

Beethoven’s Sonata Opus 101 is a pivotal work in many ways: it looks back to Bach (and Handel – whom Beethoven revered) and forward to Schumann and beyond. It may well be true that young pianists ought not to essay late Beethoven, but if they are to do so, they should begin with the A major. Driver in many ways had the measure of this incomparable masterpiece, perhaps falling a little short of the ideal in the opening movement, so difficult to judge perfectly in its combination of an almost Chopinesque feel of the emerging Romantic movement allied to underlying structural and organic unity. The second-movement march was excellent, and the final fugue was delineated with impeccable style and taste, held together with a firm yet not unyielding rhythmic control. The concluding cadence was superbly right.

The origins of the Romantic movement can be found in the Age of Enlightenment, and if Carl Philipp Emanuel Bach’s music occasionally bears out Basil Lam’s claim that the surprises in his works are the consequence of adopting “a too-easy style in which anything can happen”, the music certainly demands a degree of re-creativity on the part of the interpreter so as to – as with Beethoven’s rather absurd Fantasy (Opus 77) – make sense of these apparently haphazard events. This is music by no means easily-interpreted. C. P. E.’s wholly remarkable F sharp minor Fantasia, a 12-minute ménage, demands much from the interpreter in order to make a coherent piece. Driver was able to add the necessary distinction to the composer’s quirky personality, resulting in a highly effective recreation that would satisfy the most assiduous of musicological moles.

All of these pieces seemed to lead to the last unalloyed masterpiece in this recital: Schumann’s great C major Fantasy. This was faultlessly performed – Driver’s technique is very sure, and he possesses a very high degree of imagination and a sensitive range of touch: all ideal qualities for performing Schumann. Such changes of mood and character as the music contains were brought off perfectly, whilst the quiet tenderness of the more restrained passages were as beautifully expressed as was the exuberant drive of the more passionate ones.

This was a marvellous performance, Driver being fully equal to all the demands of dynamics and variety in tone. By way of a richly deserved encore, more Schumann – the fourth of the Nachtstűcke (Opus 23) – revealing Driver’s sensitivity to the fine shades of poetry this relatively little-known music requires.