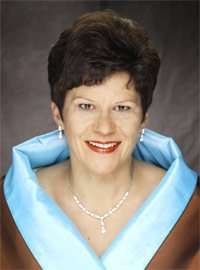 Evening-length song cycles after Schubert are few in number, with Hindemith’s “Das Marienleben” one of the highlights. That it receives relatively few hearings (Germany not excepted) is understandable given not only the technical but also the emotional demands it makes on singer and pianist alike, while this situation can only have been compounded through the existence of two, highly distinct versions.

When Hindemith wrote it during 1922 and 23 he was fast emerging as the leading voice among younger German composers: his boldness of expression was countered by a level of technical accomplishment and sheer ambition such as made the setting of Rilke’s typically abstruse Marian poems a challenge to be tackled head on. The result, for all its evident recklessness, fairly ranks among the highpoints of German music between the wars and not for nothing did Glenn Gould – who made a fine recording with Roxolana Roslak during the mid 1970s – consider it to be the greatest song-cycle of them all.

In 1935, Hindemith reordered and also orchestrated several of the songs (an effective and appealing breviary in itself worthy of far more frequent performance), then began a wholesale revision of the cycle. Not completed until 1948, this represents the older and wiser composer – toning down some of the original’s expressive intensity and, moreover, recasting the sequence in accordance with the theory of tonal relationships that he had subsequently evolved (not least in the comparably extensive piano-cycle Ludus Tonalis). Whether these relationships are audible in themselves or, more to the point, of benefit to this particular piece is not easily resolved: the Hindemith revival of recent years has tended to favour his first thoughts on such works, of which “Das Marienleben” is no exception.

All of which makes Soile Isokoski’s decision to perform (and record for the Ondine label) the revised version more notable. Certainly there was no lack of identity with the rarefied verse or Hindemith’s uncompromising treatment of it; which did not preclude a level of poise, even pathos, from coming through when necessary. Isokoski first made her name as an interpreter of Richard Strauss songs, and her approach here made the link between the two composers at least tenable. In particular, she brought out the fervour with which both poet and composer unfold the ‘birth to death’ narrative; the music’s extremes of intricacy and austerity ensuring the necessary emotional response. In the hardly less demanding piano writing (seldom can the word ‘accompaniment’ have been so inappropriate), Marita Viitasalo encompassed its contrapuntal complexity yet also chordal simplicity. By bringing words and music into so close and intimate a fusion, this performance was never less than its own justification.

The decision to perform the work without an interval – the two minimal pauses dividing it into roughly equal thirds – was the right one, not least as it enabled a better appreciation of the motivic nexus that stretches across its entirety (for all that this is hardly less evident in the first version of the cycle and is arguably more responsible for its overall cohesion than any subsequent tonal machinations). A degree of ‘scenic presentation’, the hall lights increasing then dying down over the course of the Passion sequence, was neither unduly distracting nor of real benefit: the ‘message’, if such it be, lay in the music – which can rarely have been so powerfully conveyed as here.