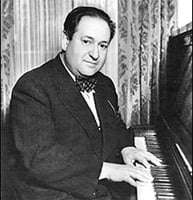 There was a sense of expectation at the Royal Festival Hall for this the first UK performance of Korngold’s opera, “Das Wunder der Heliane”, first heard in 1927, with probably all the opera buffs in the capital and no doubt further afield being present. The piece is probably only known through John Mauceri’s star-studded Decca recording released some years ago as part of that label’s “Entartete Musik” series.

Being greeted with an orchestral layout that includes a piano, organ, celesta and harmonium in addition to an array of percussion, one gets some idea as to the scale of the London Philharmonic’s undertaking to present the piece. No wonder stagings in opera-houses are extremely rare. The real stars of the evening were indeed the orchestral players under Principal Conductor Vladimir Jurowski. Despite the forces deployed Jurowski and his orchestra managed to produce admirably clean textures throughout, and also to keep a tight rein on Korngold’s more extravagant and multi-climaxed writing. The composer’s very distinct colours always radiated and one certainly noticed the contributions of the additional instruments as well as some of the more unusual pairings – a luminous combination of flute flourishes and harp glissandos heard in Act One being such an example. At the same time it was possible to pick up on the leitmotifs associated with the various characters and their orchestral development, although it would take several hearings to fully start to unravel their complexity. Jurowski’s interpretation was grand and sometimes very measured, but he kept the pace and certainly rallied his forces at the end of each of the acts where Korngold always drives up the orchestral tension. The (over-?)extended orchestral prelude to the third act was beautifully played and taut.

That the soloists did not quite attain this level of commitment and impact may have been in part due to their positioning in the centre of the choir area in front of an erected wooden screen, presumably there for acoustic assistance. Fatally, it left them behind the orchestra and having to project their long and demanding lines over its tumult. As a result many of them sounded somewhat over-parted and it must be said that not many words really came across into the Hall. Its early days for knowing the acoustics in the refurbished Royal Festival Hall, but this should be noted for future reference. 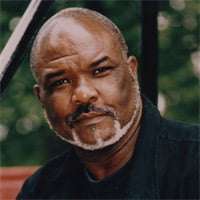 There were at least surtitles, which were projected onto a screen to one side of the auditorium. These were rather literal and not always helpful in that they helped to draw attention to the rather over-symbolic and rather pretentious libretto. One who managed to overcome his placing was Sir Willard White, whose sonorous voice seemed to penetrate the dense textures he had to sing through. That his character’s motif is probably one of the most distinct in the score probably helped, and it was a marvellous moment in Act Three when this theme was taken up and developed chorally by the excellent singers of the EuropaChorAkademie. Robert Tear also managed to deliver another of his detailed cameos as the elderly blind judge. He did manage to get his words across, but then the part is rather declamatory and not set against heavy orchestration.

The role of Heliane is a big sing, a part that requires a big and creamy tone, masses of breath control and an intensity of delivery to bring the character to life. Patricia Racette certainly made a pretty good stab at it, only rarely sounding pressed and managing to soar most attractively. In her character’s most famous and most taxing aria, ‘Ich ging zu ihm’, she seemed to relish the lyric chromaticism of the writing and found the intensity of delivery required. She was not always the most responsive to the dramatic situation; indeed her fatal stabbing in Act Three seemed to almost pass by unnoticed, but here a semi-staging might have helped a little. Her moment of pity for her husband was touchingly done, however. What her performance lacked was a sense of abandon.

The curious part of the messenger, an operatic descendent of the enigmatic and duplicitous Nurse in Strauss’s “Die Frau ohne Schatten”, was sung by Ursula Hesse von der Steinen. The vocal part is not exactly grateful and she made as much of it as is probably possible though it needs a voice with a more contralto base to the tone. 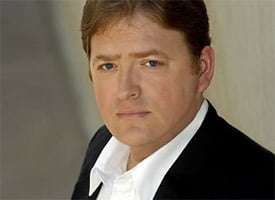 Strauss’s strenuous tenor parts such as Bacchus, the Kaiser, and Apollo, also came to mind when considering the part of the Stranger. Its one of those long and high-lying parts that requires its singer to be heroic, romantic and lyrical all at the same time whilst singing at the extreme reaches of the voice. Pitched against some pretty lush orchestration it’s a beast of a part, and not as well paced as some of the Strauss roles either – Act one is almost continuous for the singer. Michael Hendrick managed pretty well under the pressure, and even if he sounded pretty strained in some of the more ecstatic moments he certainly managed as well as most tenors singing the aforementioned Strauss parts.

The most disappointing performance came from the usually reliable Andreas Schmidt, who seemed terribly out of sorts and even uncomfortable. True, the role of the Ruler is not the most sympathetic, and the writing is not very lyrical, but his singing was often not quite on the note, and in some instances the line was almost barked. He did not help his delivery by having his left hand almost permanently raised in front of his mouth. I hope it was just an off day.

In the smaller parts the Angelic Voices made their impact and Andrew Kennedy soared effectively in his short Act Three outburst, receiving some approbatory smiles and responses from Sir Willard and Robert Tear.

Still, it was very interesting to hear the work live, and the LPO is to be congratulated for doing so. I’m not convinced on this hearing that the score is the “most important operatic score of the 20th Century” described by the “well known German musicologist” quoted in Jessica Duchen’s interesting programme note (what about Bartók’s “Duke Bluebeard’s Caste”, Strauss’s “Elektra” or Britten’s “Peter Grimes”?). But I am glad to have had the chance to put that assertion to the test.