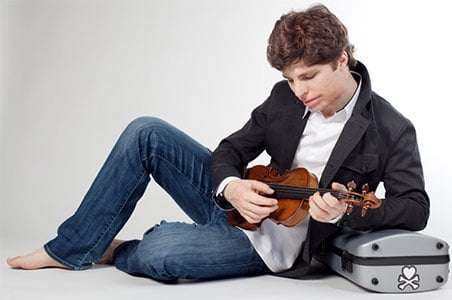 Whether 10.45 in the morning, Detroit time, is quite the instance to listen to, let alone play, two substantial and deep pieces such as these is a matter of conjecture. Nevertheless that is a part of the DSO’s subscription seasons and the Detroiters and guest-conductor Andrew Litton paraded Beethoven’s lengthy introduction with spacious assurance and, for all that strings were reduced in numbers (four double basses), plush sound. Augustin Hadelich made a nice job of his exposed first entry and all went on to deliver a first movement ideally poised between certainty of direction and expressive lyricism, the performers’ malleability shaping the music with accented purpose and dreamy song, the two states harmoniously interconnected. Hadelich opted for Fritz Kreisler’s cadenza, which he played with fiery assurance. The slow movement was sublime, richly expressed, Hadelich’s attractive bright tone shining through, and the finale, if a hairsbreadth too quick, was crisply enunciated and vital. The Beethoven covers so much ground that we didn’t need an encore, however well Hadelich hunted down and played this particular Paganini Caprice, No.9 of 24.

The platform was full for the Prokofiev, arguably the greatest of his eight Symphonies (there are two versions of the Fourth, Opuses 47 and 112) but the First (‘Classical’) and Fifth find the most favour, and your reviewer would never want to lose sight of the Third and Seventh. 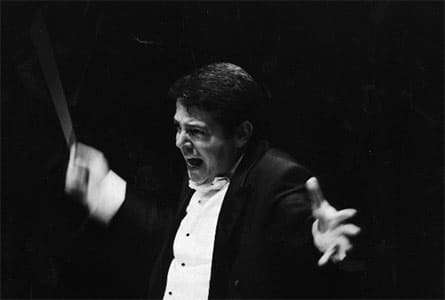 Litton moved the first movement of the Second World War-scarred Sixth on apace (the playing a little unsettled, if with fine contributions from first-desk viola and horn), then made ample contrast with the bittersweet second subject that becomes ever-more poignant before the music takes off seismically, ablaze and throbbing, if slightly played-down here. The opening to the Largo was also just a little less than arresting, if lucidly detailed, the music’s yearning heroism well brought out though, so too the tick-tocking Cinderella-like ballet interlude, but the movement seemed overlong on this occasion. The finale purposefully strides, jauntily even, optimism is in the air, although with doubts remaining, but Prokofiev knows just how to lull us into a false sense of security – for all the jubilation (vividly unleashed here) there is still pain to express (very intense) and the turncoat coda with its brutal dissonance makes clear that things are not right, and may never be, although Litton rather sidestepped this knife-twisting pay-off.