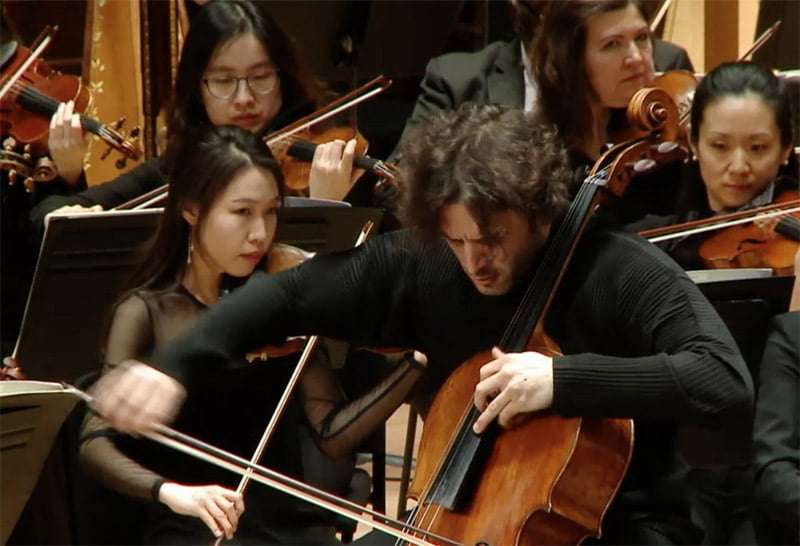 Belgian-born, French-converted César Franck’s Chasseur maudit (1882) is making a comeback – performances have been spotted recently – and was often found in the recording studio, witness great vinyl from Ansermet, Fournet and Munch. Fabien Gabel opened this DSO webcast with it – the tale of a Count who goes hunting on a Sunday morning, violating the Sabbath, and paying the price. The music is atmospheric and dramatic, opening with across-fields horn-calls, eloquent strings and awakening bells, brought off here with grand sweep. When the Count spies his quarry, he drives his steed in pursuit, exciting and charged – Gabel intensifying the recklessness – and Franck’s scoring is colourful, if just a bit spooky as the doom-laden denouement is anticipated, all relished by the Detroiters and Gabel.

Henri Dutilleux’s Tout un monde lointain … – completed in 1970 for Rostropovich and inspired by Baudelaire’s poetry – opens with a cymbal shimmer, the cellist musing, introducing music that is elusive and enigmatic yet very expressive, also restless, and with orchestration, even in eruptive climaxes, that is painstakingly considered. An interior far-away world is illustrated, the listener drawn in, and through the five movements (continuous, the spell must not be broken) one admired these performers’ respect for Dutilleux’s scrupulous score while also making it live and breathe, Nicolas Altstaedt technically secure (not least in the cello’s upper reaches), tonally variegated and investing much narrative into the solo part – you may not know about what, but you know it’s something. With sensitive support from the DSO this ‘cello concerto’ came across with fascination and no little passion, the final ‘Miroirs’ section the only real fast music of the piece, like coming out of a dream, or it turning to nightmare, the music suddenly fading, escaping back. 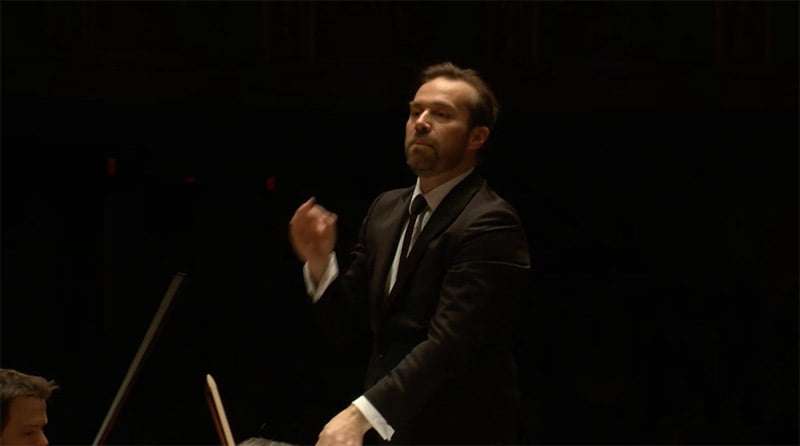 Debussy may not have been keen on the impressionism tag, but his Nocturnes can be heard as painting in music – and, anyway, Whistler is cited – rigorous in terms of notes on the page, liberating as to what they suggest. In Detroit, ‘Nuages’ drifted without boundaries, a yearning panorama, sad woodwind melodies played poetically, strings a featherbed of support. The brightness-in-darkness of ‘Fêtes’ was perfectly paced – clarity being Gabel’s watchword – dynamic too, witness the lontano to swirling fortissimo central section; and, concluding, the gentle moonlit waves of ‘Sirènes’, alluring female voices calling magnetically … but sailors beware.

It was left to Ravel to close the concert, his La valse (1920). May I quote George Benjamin: “Whether or not it was intended as a metaphor for the predicament of European civilization in the aftermath of the Great War, its one-movement design plots the birth, decay and destruction of a musical genre: the waltz.” For me, it’s music that ends in catastrophe, moving stealthily from glittering high-society to carnage. Treat it as showpiece at your peril. Gabel didn’t. From shadows through no-cares dancing to grinding force, this was well-judged.