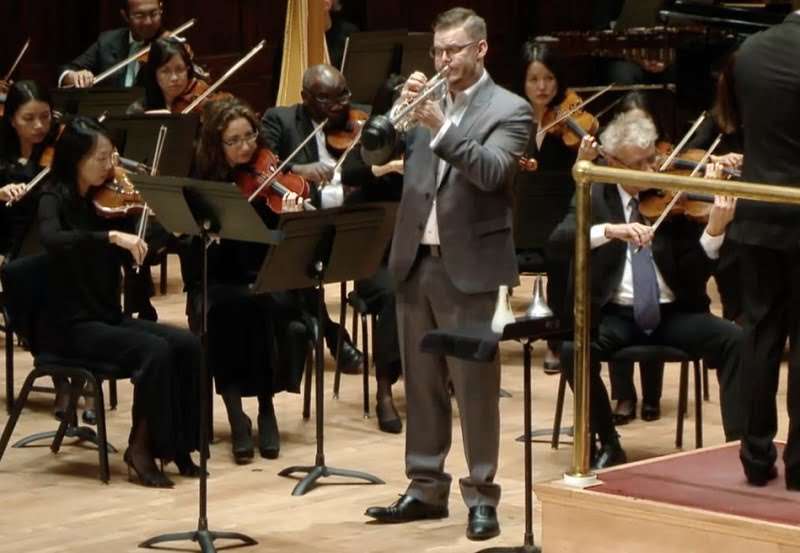 Fabien Gabel’s latest visit to the Detroit Symphony Orchestra opened with one of Tchaikovsky’s three Shakespeare settings (the others being Hamlet and Romeo and Juliet). The Tempest is the least-played of this trilogy, a pity, for although it’s on the long side (twenty-five minutes here), episodic and repetitious (I am not really selling it am I), it does contain stirring and rapturous music. Maybe a morning concert (after the one the night before) is not the best time to nail the mysterious first pages – ensemble and solo entries a little frayed – but things soon settled. Brass and timpani opened up for a fanfare, with bass drum, scorching trumpets and piercing piccolo added to the eponymous elemental music, and then silky-sounding cellos signalled love-match respite, given with much sensitivity and ardour, following which Gabel built a vivid drama, whipped up a storm, cymbal clashes as lightning strikes, and conjured an apocalyptic climax. The piece ends quietly by the way.

Henri Tomasi (1901-71) composed his neoclassical/jazzy Trumpet Concerto in 1948. It was deemed unplayable on first sight, although a couple of brave souls managed early on. It may be a challenge for a trumpeter – if not Hunter Eberly (DSO principal) who sailed through the demands with aplomb – but no problems for the listener, plenty of rhythm, lyricism and colour (a side drum takes part in the first-movement cadenza), including the various use of three different mutes for the soloist. The nocturnal slow movement is blue-tinted, and the over-in-a-flash Finale romps home with cartoon glee – Tom and Jerry came to mind – with a soon-over slow romantic contrast.

Following the interval, Stravinsky. The opening bustle of Song of the Nightingale (Hans Christian Andersen) was well-conveyed, so too the flute of the bird itself, played seductively by Sharon Sparrow (true) and the performance went on in cinematic terms to realise the promoted mechanical bird (the real one flies off, saddened, but returns when the Emperor is dying), the Fisherman and the Court in all its hues. In music that gives the pentatonic scale a right bashing, Gabel and the DSO did the score proud with cameo solos, chamber interaction and virtuoso tuttis, as they did Firebird (so ubiquitous these day in any of it four versions), magical powers suggested, expressive and nimble playing, a menacing ‘Infernal Dance’ and a well-judged apotheosis.

I am more likely to comment on sound than vision. On this occasion the former was excellent, but the latter was rather less so: restless/abrupt distracting images, uncertain direction, the picture often late to what the ear was already experiencing or there was a focus on something unimportant or not even happening within the DSO ranks when ‘top lines’ were being overlooked; bizarre at times. Moral: too many cameras spoil the visual broth.