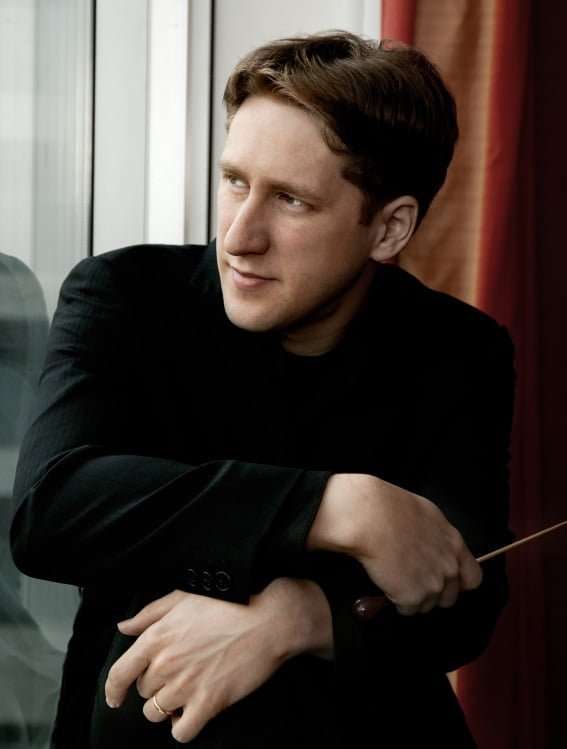 Joshua Weilerstein, found you! He withdrew from the BBC Symphony Orchestra just over a week ago (an opportunity grabbed by Michał Nesterowicz) but was here caught on camera by the Detroit Symphony Orchestra. He’s the brother of cellist Alisa and can look back to success at the Malko Competition and a three-year Assistant tenure with the New York Philharmonic, and now forward to the Lausanne Chamber Orchestra.

Weilerstein introduced the concert (a matinee in Detroit, evening for me in London), enthusiastically and eruditely, if breathlessly, yet really with no need so to do – this music speaks for itself to anyone receptive to it, even on a first meeting. Once passed this, the ‘Sea Interludes’ from Peter Grimes proved a hit and miss affair. In ‘Dawn’ ominous woodwind chords were covered by the strings, and if ‘Sunday Morning’ was spiky and excitingly quick then ensemble was a little dicey. Weilerstein engineered well-timed segues between the movements, but the dynamic range was restricted, with nothing notably quiet in ‘Moonlight’, which anyway needed more tension. ‘Storm’ had plenty of sound but required greater fury, something more elemental. 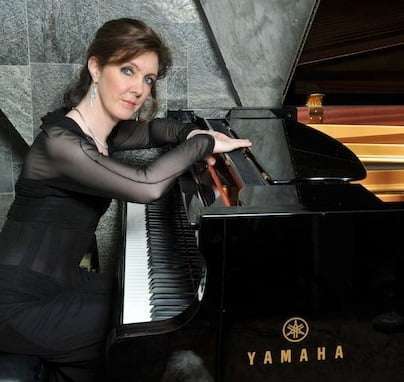 This was the fourth and final outing for this programme. In K271, written by Mozart for Mme Jeunehomme, we thought, but it seems that the recipient was Victoire Jenamy (1749-1812) née Noverre, her father being a friend of Wolfgang Amadeus. Louis Schwizgebel was originally engaged for these DSO performances, but tendonitis caused his withdrawal, leaving Anne-Marie McDermott in his stead. K271 is the Concerto in which the piano makes an early entrance before the orchestra settles into its stride, and the DSO sounded surprisingly tentative. McDermott was crisply stylish if not the most colourful of soloists, needing a little more momentum in the outer movements (to avoid being foursquare in the first) and sparkle in the finale. If the cadenzas came across as overlong, then sacred depth was certainly found in the central Andantino – only now did pianissimo enter into our consciousness (at least in broadcast terms) – and the minuet interpolated into the last movement found soloist and orchestra at their most suave.

As for Arvo Pärt’s Cantus, it is no doubt a sincere and deeply-felt reaction to Benjamin Britten’s death (in 1976) but its repetitions really make it a once-is-enough piece. It is scored primarily for strings, so it was curious that some of players needed for the Schumann were already seated. Cantus begins with a War Requiem-like tolling bell, but the main (only) motif came across as vaguely shaped with violins sounding rather thin. When we got to the end Weilerstein controlled well a long silence, which was respected by the audience.

Praise also for Weilerstein for including a Symphony by Robert Schumann – all five (there are two versions of No.4) are wonderful music, but they tend to lose out ‘in concert’, if nonetheless handsomely documented in numerous recordings (not least recently – from Holliger, Nézet-Séguin, Rattle, Ticciati). What had been lacklustre at times earlier was now lively for the ‘Spring’, detailed, dynamic and incident-packed, although more-present and ‘harder’ timpani would have been welcome. The slow movement glowed and rustled, the Scherzo had a persuasive deliberate tramp, the Trios skipping and jumping delightfully, and the finale seemed to progress us into Summer, a blissful moment for horns and a flute cadenza brought off with much finesse. This impressively poised and thoughtful account was sympathetic to the music and enjoyable to the listener.