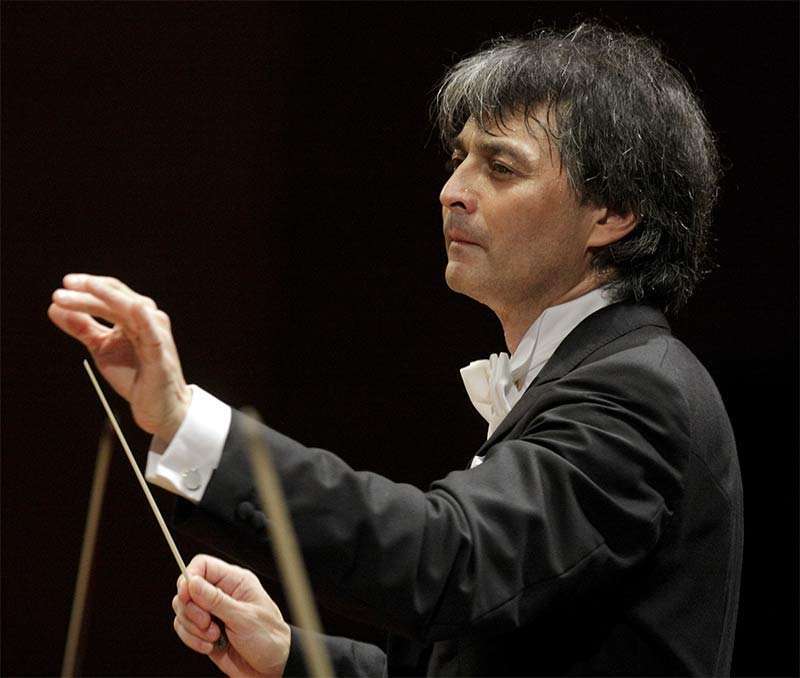 Connection 1: What are the chances of hearing two live performances of Toshio Hosokawa’s Blossoming II within a half-hour of each other? Well, it’s like this. Inside a few hours of each other the Detroit Symphony Orchestra and the LSO both opened their respective concerts on this Sunday with Hosokawa’s 2011 piece. Logistically the LSO gig (a Classical Source reviewer being present in the Barbican Hall) came to me as broadcast on BBC Radio 3, and then arrived this equally-live webcast (splendid sound and pictures) – given at 3 p.m. in Detroit and thus 8 o’clock for me in London, just a few minutes following the LSO account.

Hosokawa, born in Hiroshima in 1955, introduces Blossoming II as follows: “Over the last few years I have composed on the theme of ’flowers’. My grandfather was a master of Ikebana (the traditional Japanese art of flower arrangement); Zeami, the original practioner of the traditional Japanese theatre form Nō, considered the best performer a ’flower’. The deep roots of flowers in Japanese aesthetics and spirituality led me to them as the subject of this work. The flower I’m imagining in this work is a lotus, which is the symbolic flower of Buddhism. The flower and I are one; the blossoming of the flower represents my shedding of my skin, my self-discovery.”

Economic yet colourful, silence and subtlety as important as the notes themselves, Blossoming II slides and buzzes into life, introducing soulful string solos and a sense of burgeoning power that leads to climactic activity. Although for chamber orchestra, each of the families is represented, and the piece can pack a punch. Blossoming II (originally for string quartet) is a successful melding of East and West, of Noh and Spectral, and received a precise and evocative performance under Jun Märkl, a little more dramatic than the LSO’s version under Robin Ticciati. Connection 2: Ticciati led the premiere of Blossoming II and – interestingly (or not) – the conductors here were twenty seconds either side of the suggested 12-minute playing time, Märkl being the quicker. (My anorak is now being parked in the wardrobe!) 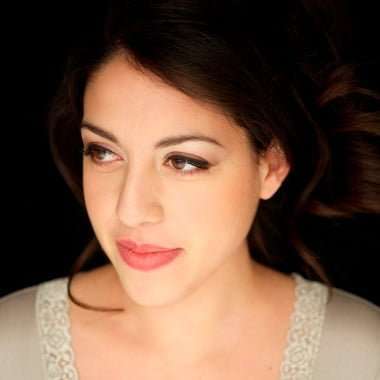 Step forward Beatrice Rana, the 2013 Van Cliburn Silver Medallist (and Audience Choice Award winner) who played Bartók’s Third Piano Concerto, virtually the composer’s last score (it’s final bars completed by Tibor Serly who also made performable the Viola Concerto). Rana impressed, bringing much poise, elegance and patrician musicianship to this lyrical if concentrated Concerto. Rana claimed rapt sensitivity on behalf of the sacred slow movement which becomes an insect-fuelled ‘sounds of the night’ section and is then intensely climaxed, and her fingers danced in the finale, Rana’s music-serving virtuosity making the notes crystal-clear and compelling. If the accompaniment was a little stolid and slightly uncertain at times, Rana suggested herself as an artist to hear again, and soon. (Connection 3: DSO music director Leonard Slatkin conducted for the Van Cliburn Final in 2013.)

Connection 4: Slatkin is also music director of Orchestre National de Lyon. His predecessor there was Jun Märkl. Slatkin has recorded Berlioz’s Fantastic Symphony in Lyon, for Naxos, and now Märkl was bringing his view of this score to Detroit.

It was an notable account that Märkl conjured, lively flowing and flexible, a vivid story being told in vital and dynamic terms, details spruce and with expressive leeway. The second-movement waltz had a pleasing lilt and some affecting lingering, and the following ‘Scene in the Country’ was idyllic and tension-filled, although emotions were a little contained when they least needed to be. One visual miscalculation: although the initial dialogue between cor anglais (English horn) and oboe was poetically managed, the latter player was here afforded a camera; surely better that she (in this instance) should be heard-only from afar (invariably off-stage) and not seen. Moving on… ‘The March to the Scaffold’ was certainly nifty (and undermining of Berlioz’s deliberate intentions) and the repeat would have been welcome (the first-movement was complete in this respect), although there was some excellent brass-playing if with too much made of the trombones’ rasps. As for the finale’s Sabbath-partying Witches – their favourite tune being the ‘Dies irae’ – a hedonistic time was had by all, and there were suitably (deliberately off-pitch?) doom-laden tubular bells. All was well worked-up to a frenetic conclusion, trombones and piccolos going for it.

A few reservations aside, this was a fresh outing for music that, given its ubiquity, one sometimes wants to bypass, the DSO fully seized of its guest-conductor’s intentions.