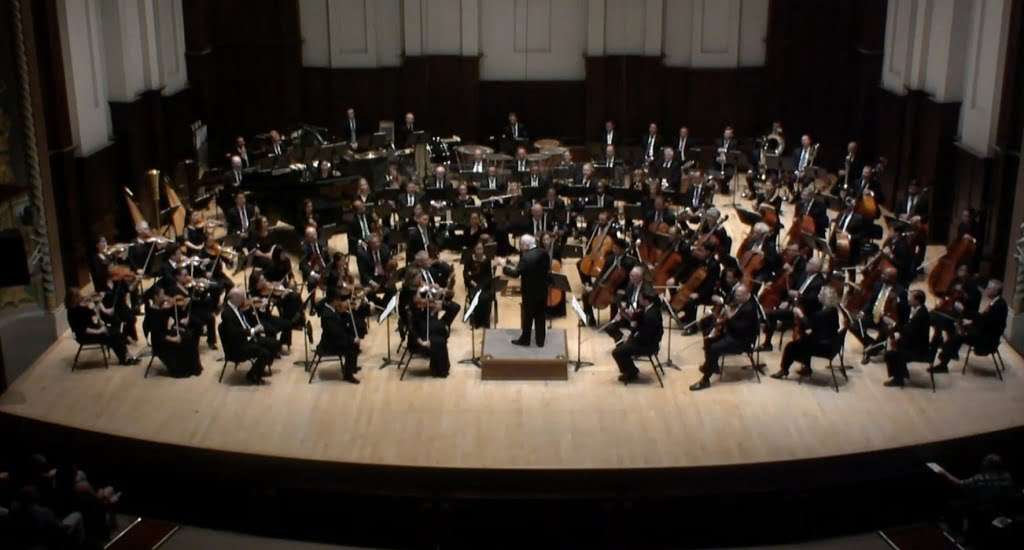 The Detroit Symphony Orchestra and Leonard Slatkin are leaving home but will be back soon following eleven appearances in China and Japan. This “Send-Off Concert” gave a taste of the tour repertoire, add to which Candide Overture, Barber’s Adagio, Tchaikovsky 4, Rhapsody in Blue, and pieces by Wang Liping and Toru Takemitsu.

Cindy McTee’s Double Play (2010) kicked things off, its two movements – ‘The Unquestioned Answer’ (turning a Charles Ives title on its head) and ‘Tempus Fugit’ (it does!) – are respectively intensively lyrical, eerie too, with granitic brass-led outbursts suggesting anxiety, all vividly communicative, and, then, opening with mechanical percussion figures (industrial sounds), ‘time’ may take a while to ‘fly’ (it grows from its companion piece) but when it does it is a virtuoso showpiece for large orchestra, brimful of rhythm and colour, given the wow factor by the DSO and driven to a forceful conclusion. 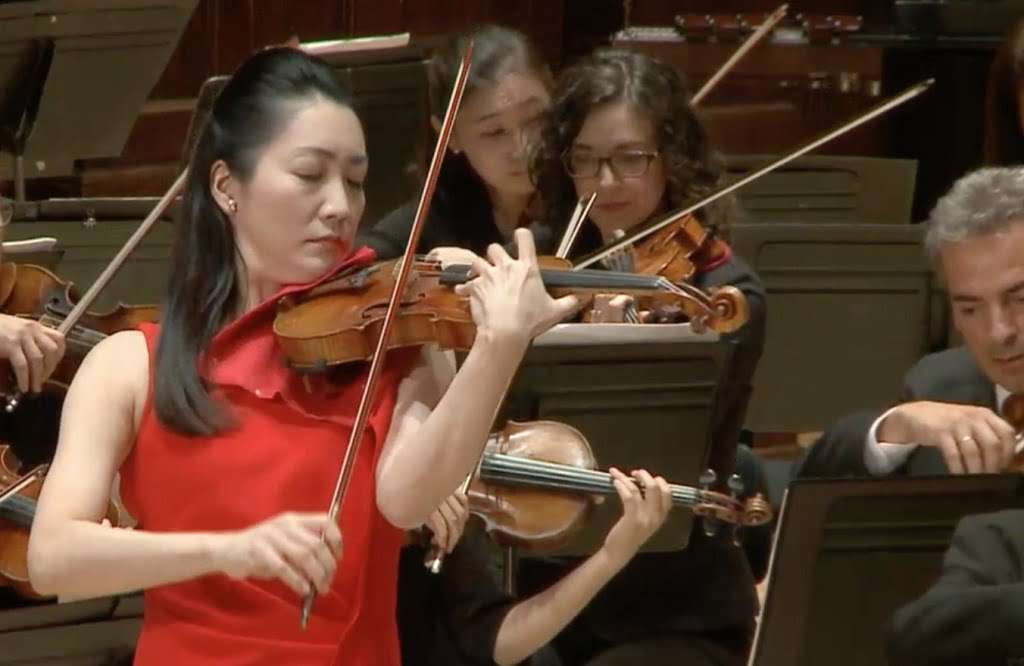 Erich Wolfgang Korngold’s Violin Concerto (1945) – using themes from his film-scores for such as Another Dawn, Anthony Adverse and The Prince and the Pauper – was prompted by Bronisław Huberman and premiered by Jascha Heifetz who made a celebrated recording. It’s a gorgeously romantic piece with some Errol Flynn swashbuckling. Akiko Suwanai played it with sympathy if without quite involving the listener enough, this one anyway (she was a little outside of the piece’s emotions), and her tone, as broadcast, was on the thin side and somewhat restricted. The first movement could have moved along a little more, thus offering greater contrast with the central slow movement, although that was quite lovely in its refined sensibilities, so a great pity to have the rapt mood busted by inconsiderate clapping when thoughtful reflection would have been far more fitting. The Finale, less rollicking than it can be to begin with, picked up its paces by progression. Throughout, the DSO and Slatkin were selfless accompanists, with an ear for detail, although the relay was somewhat compromised in terms of dynamics.

Aaron Copland’s Third Symphony (1946), a Koussevitzky/Boston premiere, became an instant classic in the Great American Symphony stakes, joining the same-numbered works by Roy Harris and William Schuman as a holy trinity. Copland 3 is a Slatkin speciality, as it happens three-times recorded by him (in St Louis, NHK/Tokyo, and with DSO), and his deeply felt identification with the music’s power and passion shone through every bar. The plus was that the Al Glancy Control Room had re-found the dynamics and tangibility that were present for McTee but mislaid for Korngold; the minus was that clapping continued between movements, and was a severe jolt following the quiet ending of the first movement, the greater whole of the Symphony negated.

The Scherzo was propulsive, Copland at his most extrovert, the Trio folksy and playful, whereas the slow movement could be termed Mahlerian (his Ninth and Tenth Symphonies), however coincidental, eloquence and consciousness entwined to poignant effect, changes of mood and pace organic. The transition into the Finale cues a pastoral version of Fanfare for the Common Man before brass and percussion let rip with it – mighty uplifting here – and then the movement gets into its syncopated stride, exhilarating and epic, via dissonant upheaval, to a roof-raising vindication of the best kind of human spirit, quite magnificent from Slatkin and the DSO, blazing with valour.

Two encores followed, an arrangement of a touching and picturesque Japanese folksong, ‘Flowers will bloom’, affectingly sentimental, and then something boisterous by Leonard Slatkin’s father, Felix, called Devil’s Dream, a bit of a hoe-down. A safe and successful tour, folks.